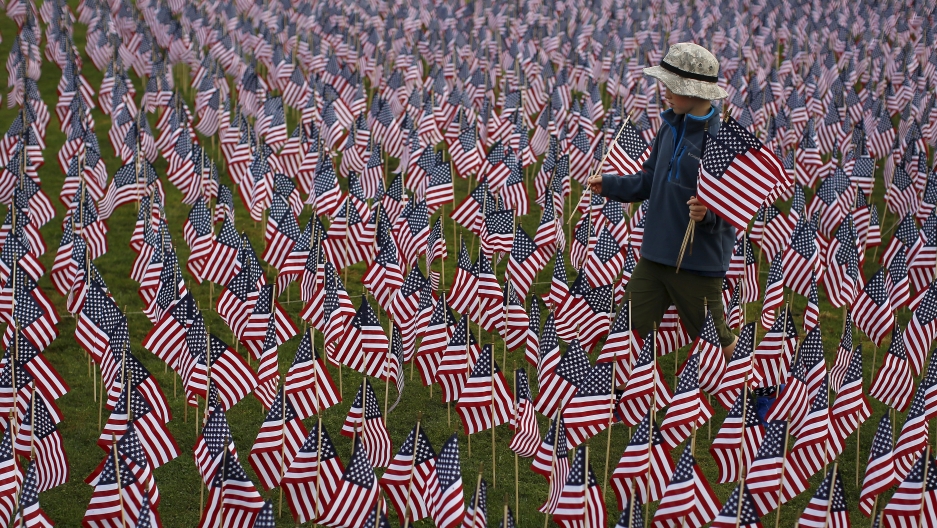 I don't look at the calendar any more this time of year. I dread this day. But not because of anything that might happen. It’s the ritual of 9/11 that I am through with.

I was actually done with the whole 9/11 thing sometime between the famous and politically disastrous "Mission Accomplished" moment from George W. Bush after the Iraq invasion, and the empty announcement by Barack Obama that this feeble terrorist mastermind, Osama bin Laden, had been killed by Navy SEALs in Pakistan.

I'm done with the whole heroes thing. Aren't we over this? There’s the American tragedy story and the talk of America as the preeminent victim of terrorism — America isn't even close to being the most victimized nation by terrorism.  If anything, we are more of a victim of our own domestic terrorism than from any foreign enemies, even though it’s easy and convenient to fear them more than kids with guns who wander into churches to kill.

I cannot deny people's grief who lost loved ones that day. The people who were in the towers — I cannot deny the tragedy of those who couldn't make it out.

But I think the 9/11-ization of American life has been a kind of poison for all of us. We had our moment when the whole world was with us after 9/11, and we squandered it.

We spent trillions on two wars that turned a battlefield into a killing field for ISIS and gave us a refugee tidal wave from Syria and Iraq. And another battlefield in Afghanistan was turned into a fragile puppet government that rules over the biggest opium crop in the history of the world. Some of that Afghan heroin finds its way into our cities where it kills and destroys lives much more easily than flying planes into towers.

I'm just done with 9/11. If you don't agree, or if you think I'm being disrespectful, I'm sorry, and I don't begrudge other's feelings about this. But I can't help feeling a little cheated by the whole thing.

How do you feel?
Do you have mixed feelings about how Americans treat 9/11? Share them as a comment.
Comments

I can't get over this remark George W. Bush made back in 2003, trying to explain how 9/11 had changed America:

We spend hundreds of billions of dollars on defense and it was the oceans that were protecting us? That was it? That was why no fancy fighter jets defended our airspace on September 11? We bought the F16s for show, or to bomb and strafe other people?

The oceans were for us. Great plan.

One of my teenage daughters came to me last night. She was worried that I, as a somewhat public person, might get in trouble if she posted this statement on Facebook:

“Don't worry about me,” I said. “If that's your experience and how you feel, go for it.”

By the way, her first memory as a child on her first day of preschool was seeing a plane hit the towers and asking her mother, who saw nothing, “Why would a plane do that?”

Now 14 years later, we are still working on that question from an innocent little girl.