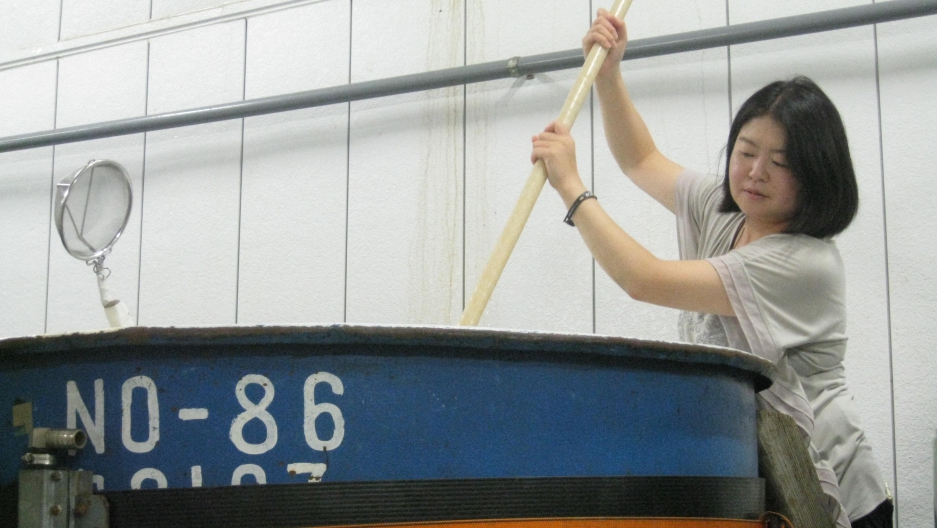 Master brewer - or toji - Emi Machida at the 130-year-old Machida Brewery in Gunma, Japan. Under her direction, her family's premium sake has won gold seven times at the Annual Japan Sake Awards.

For a long time, sake brewing in Japan was an industry made up of owners who didn’t brew the sake themselves, and migrant master brewers, called Toji, who would live at distilleries in the winter brewing season and then go home.

But the industry’s been in decline. The number of people drinking sake’s gone down, the number of sake breweries in Japan has fallen to about half the number there were in the 1970s, and master brewers are getting older and are often unwilling to change habits to reach new or younger customers.

Emi Machida, the Toji, or master sake brewer, at Machida Brewery in Gunma Japan says, “in order to stay alive, we decided to become an owner-brewer distillery; make the kind of sake we really wanted to make and drink. So 10 years ago we stopped using the migrant brewer system.”

Her family's owned the brewery for more than 130 years, but she is the first Toji in the family.

Machida is at the forefront of a rising owner-brewer movement in Japan. But Machida is also unusual, because she is one of the few women Toji in what’s long been a men-only world. 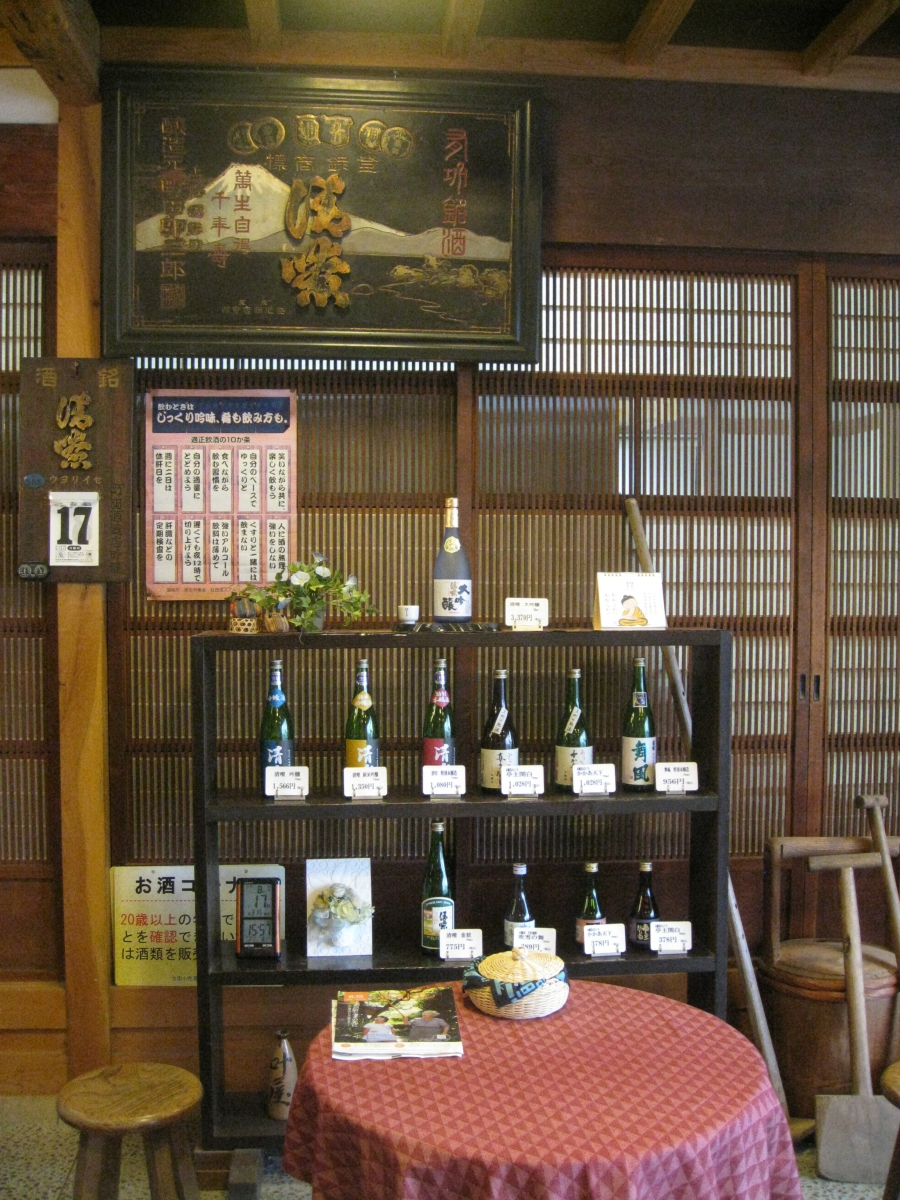 In ancient times, some say sake-brewing was actually a women's craft. In fact, the word Toji, when written in old characters, can actually mean lady.

But when Machida’s grandfather ran the brewery, Machida says, “women were seen as dirty, unclean, so he would say women can’t enter the sacred brewery.”

Sake is often used in religious rituals in Japan, and Machida Brewery, like just about all sake breweries, is blessed by a Shinto priest and decorated with sacred Shinto ropes.

Growing up, Machida never imagined becoming a sake brewer. She went to college in Tokyo, but like a lot of women, found herself tracked into a dead-end career path, bringing tea and making copies.

And the idea of going back to Gunma to carry on the family business was something she’d always thought about, especially as the eldest daughter.

When she started out as Toji, things didn't always go smoothly. Her all-male employees wouldn't listen to her.

“If I said put this here, they would move it to a different spot. Things just wouldn't turn out the way I asked,” she says. "In the end, everyone would leave at 5, and I’d be up ‘til the middle of the night redoing things.”

She’d also hear that there were a lot of customers who didn't want to buy sake from a non-veteran and especially a non-male brewer.

But now, she doesn’t hear that anymore. Since she took over as Toji 10 years ago, Machida Brewery’s premium sake has won gold at the Annual Japan Sake Awards seven times. That never happened with the old Toji.

To make sake, you start by polishing off the outer layer of rice; how much you take off is key in deciding how premium of a sake you get. Then the rice is washed, steamed and (this is the short version) fermented.

Little things matter a lot: what rice you use, what kind of water, how often and at what stages or micro-stages you adjust the temperature.

It takes about 45 days to make one vat of sake.

Today, as the master brewer Machida doesn't just oversee employees and equipment and taste the sake, from day one she is in the warehouse, hauling around tons of rice, spending a couple days and nights in a 100-plus degree room to make the fermentation starter, carrying 30-pound buckets of water up and down tall ladders, and mixing huge 3000-6000 liter vats of fermenting rice. It’s back-breaking work.

To learn the art, Machida studied with older brewers and from books. “I’m still studying, but, essentially, the most important thing is to make something that you like and want to drink,” she says.

She respects the old traditions but also thinks it’s important to experiment with new ways of doing things.

She often goes to monthly study events with other Toji, and she’s also a part of what’s called “Kura Josei No Kai,” The Women’s Sake Industry Group.

And support from them, she says, especially the other female Toji has been key.

“Joining the group gave me courage and energy,” she adds.  She realized she wasn’t alone and that everyone was facing the same issues.

There are now 20-some women Toji across Japan, and Machida often does events with them.

She points out that being a female in the business can have its benefits. Because it’s unusual, the media and customers sometimes pay more attention. Sometimes older male brewers are more excited to teach them.

But most importantly, now, Machida has respect because of her delicious sake.

Yeah. Sorry you can’t taste it via our story. But you can find it in Tokyo, most areas of Japan, and maybe some day in the future, she’ll sell it abroad.