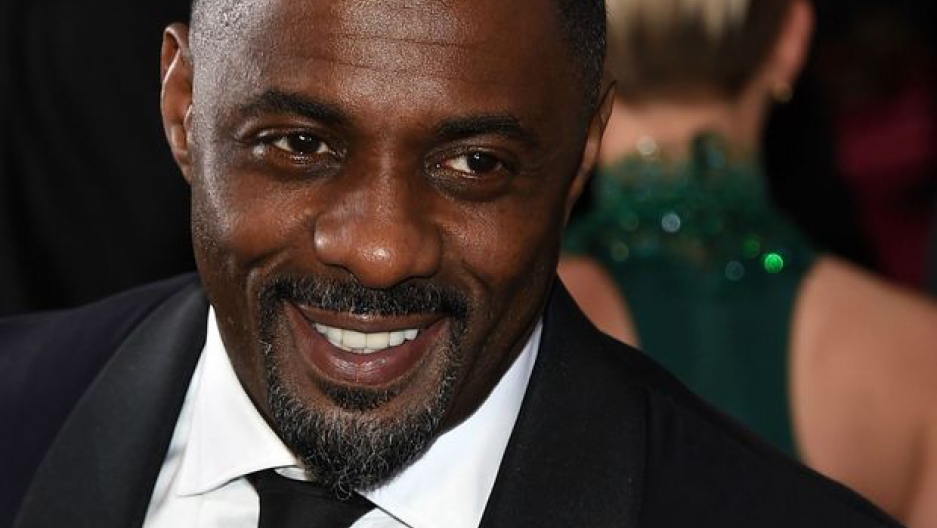 Idris Elba. Could he be the next James Bond?
Credit:

The character of James Bond has been played by Sean Connery, Roger Moore, Pierce Brosnan and Daniel Craig. All suave — and all invariably white.

Now, among the supposed favorites to play the next 007 is the black British actor Idris Elba, which has some folks with their knickers in a twist, as the British expression goes.

Elba played Stringer Bell in The Wire and he is the star of the BBC detective series Luther. When these rumors surfaced, Anthony Horowitz, author of the new James Bond novel, Trigger Mortis, told a British newspaper he just couldn't see Elba in the role. Elba, he said, was, "a bit too rough, a bit too street."

Not surprisingly, the Internet reacted. A few of the outraged tweets came from Jamil Smith, senior editor at the New Republic and host of Intersection, a podcast about race, gender and identity. Horowitz’s public apology notwithstanding, Smith says, he should have known better.

“Horowitz, obviously, to some degree, did not know what he was saying, just to give him the slight benefit of the doubt,” Smith says. “But he has to understand that the word street has been a euphemism for black for a long time. Urban. Ethnic. ... [It] has been used as a euphemism since, frankly, James Bond came into the world's consciousness. So he doesn't really have a pass on that.”

More to the point, Smith says, “saying Elba is a little too street is curious, considering that James Bond is a thug in a suit.”

The original James Bond, Smith points out, not only does not belong to the upper classses, but he's a Scot, which has its own issues in UK culture. “So you're talking about a Scottish guy from the country who kills people for a living,” Smith laughs. “Frankly, Anthony Horowitz seems to be stuck in this old idea of what a hero should look like.”

That is, white. Or white-ish, anyway.

To illustrate his point, Smith refers to what some call the “Sidney Poitier-Jim Brown paradigm.”

“In the '60s, Sidney Poitier portrayed ‘respectable’ black men on film,” Smith explains. “He was not the guy who was expected to be physical. Those roles were reserved for Jim Brown, or for Fred Williamson or Jim Kelly. Those were the guys who needed to get rough.”

Smith wonders if the question lurking in the minds of Bond movie honchos is, ‘How will it affect a largely white audience to see a black guy killing mostly white people?’ But audiences, especially in Britain, have already seen this, he says.

“John Luther [Elba’s character] has a gun,” Smith says. “John Luther is a vicious, violent man, who is on the side of good. The archetype is out there. It's not something that I think should shock people.”

What’s more, the truth may be that, given the incredible global fan base of movies like the James Bond franchise, most of the people who see the movie aren't even white.

Among movie fans, there seems to be support for the idea of a black James Bond. Smith thinks this may be a result of people being more open — “or at least being forced to be more open” — to the idea of everyone looking like a hero.

“I think there's still a long way to go,” he says. “But, you know, folks have been swallowing the idea of a blonde-haired, blue-eyed Jesus for eons now!”

If and when a black man is cast as James Bond, Smith thinks it will be a big deal for a lot of 12-year-old black kids out there. It would have been for him, he says.

“When I was growing up, I didn't have any black heroes outside of blaxploitation movies,” he says. “I saw Shaft. He was a black hero. Jim Brown. All these guys. But seeing a black guy being James Bond, with the kind of legend that James Bond carries I think would have a big impact on a kid.”

“I’m all for stretching the boundaries of that character in any which way they can go,” Smith concludes. “If you find the most qualified, most interesting actor that can take it in an interesting direction while still maintaining the spirit of the series, why not?”