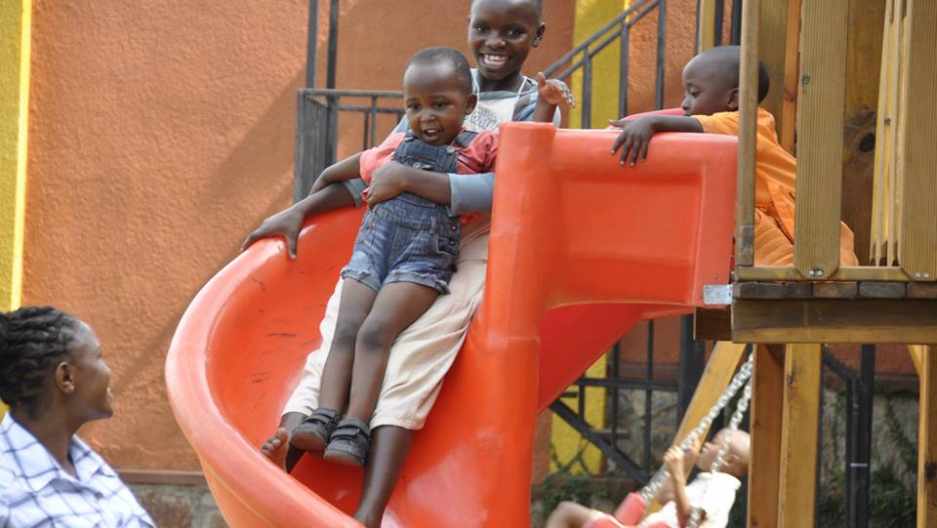 Across the country on Friday, thousands of people will be volunteering as part of National Service Day, a way of commemorating the victims and first responders on Sept. 11, 2001.

We’re likely to be hearing more about national service over the next few months, as it’s often an easy and uncontroversial topic for presidential candidates to float (who doesn’t like volunteering?) Recently, Democratic candidate Martin O’Malley put out a position paper detailing his plans to expand national service programs like AmeriCoprs and the Peace Corps.

But a look at the history of national service around the world shows a more complex, and sometime dharhow the rest of t? Many of the countries that still have military conscription face clear existential threats in their neighborhood, like Israel or Taiwan, or have a history of conflict with a country on their border, like Armenia or South Korea. These countries tend to operate national service programs as an alternative to the draft, often meant as a way for conscientious objectors to fulfill the requirement without violating their beliefs.

In other countries, like Malaysia, Nigeria or Rwanda, national service programs aren’t an alternative to the military, but are rather seen a policy tool — meant to help promote development in neglected areas, and foster understanding in ethnically and religiously diverse populations.

Every last Saturday of the month, Rwandans are required to come together for a morning of mandatory community service called umuganda.

Every able-bodied person age 18 to 65 is expected to participate. Neighborhoods are organized by a community leader, who assigns groups to different tasks such as cleaning streets, cutting grass or building houses.

Umuganda’s history is complex. Community service has always been a part of Rwandan culture, but the more structured version was established by colonial rulers to maximize free labor.

The meaning and purpose of umuganda was twisted during the 1994 genocide, when Hutu extremists gave participants a gruesome task: Hunt down Tutsis and Hutu moderates and kill them.

Since the genocide, the government has repurposed umuganda. Initially, it was a way of organizing communities to clean up the carnage from the genocide, but it’s also been key in rebuilding ties between Hutu and Tutsi neighbors. Today, the government estimates that close to 80 percent of the population comes together each month.

National service programs are often touted as a way of promoting national unity, by bringing together young people from different backgrounds. Malaysia takes a direct approach in this regard, using a lottery system to select tens of thousands of youth to participate in a boot camp. Each of the dorms has the same ethnic breakdown as the country itself: 60 percent Malays, 28 percent Chinese, 10 percent Indian and 2 percent from other ethnic minorities.

The program was suspended this year due to budget cuts, though authorities have said it will be resumed after a “re-examination”. The camps have been plagued by poor conditions and bad management since they launched in 2004. At least 22 participants have died, and there have been reports of sexual assaults, a murder, rapes and one mass racial brawl.

A blistering op-ed in Freemalaysiatoday.com detailed the camp’s problems in 2013:

Besides maggots in their food, the trainees had to suffer clogged sinks, toilets and broken toilet locks. They also complained of having to sleep on broken beds with filthy pillows and were not given enough food to eat.

One hopes that if the camps are restarted, they will at least have decent beds.

Nigeria requires universty students to spend a year in a service program before graduating. As with the Malaysian case, the object was largely to to help foster national unity: The program was started in the aftermath of the Nigerian civil war, the Biafran War, in the 1970s. To that end, participants are posted in areas far from their homes and encouraged to learn the local culture.

As one of the oldest and biggest volunteer programs in Africa, the NYSC has a host of international partners, including USAID, John Hopkins University, UNESCO and UNICEF. The program begins with a three-week boot camp. The experience is a popular topic of discussion among Nigerian youth on social media.

Corps volunteers do face risks in carrying out their missions. In 2013, a bomb attack killed nine NYSC members who were preparing to volunteer at a polling station in Suleja, a city in the north of the country that has faced attacks from the Boko Haram terrorist group.

Sherut Leumi is a volunteer program in Israel for young women between the ages of 18-21 — though some men also participate — who cite religious reasons for opting out of the requirement to serve in the Israel Defense Forces. It's also a popular for way for young Jewish volunteers from abroad to spend time in Israel, as this slick marketing video shows:

Volunteers are matched with charitable organizations, like hospitals or orphanages, and live together in a dorm-like setting. They serve for one to two years and are paid a minimal salary. While most of the participants are Jewish girls, at least one recent report indicated that the number of Arab volunteers is increasing, which is notable because non-druze Arab citizens of Israel do not face mandatory conscription.

One organization that Israelis can no longer volunteer with as an alternative to military service is the human rights group B'Tselem. Government officials removed the prominent rights group as an option over its opposition to the 2014 conflict in Gaza.

Taiwan, with its history of tension with the mainland, requires males over the age of 18 to serve two years in the military, though there have been on-going calls for the country to adopt an all-volunteer army.

There are several alternative options to military service available, including the Overseas Alternative Service program, which sends volunteers to work on Taiwanese aid programs abroad, including in Africa, across the Asia-Pacific region, in the Caribbean, or Central and South America.

It’s difficult to get into, but once accepted, recruits must first undergo basic military training and are then given specialized training in medicine or agriculture, as well as intensive language classes — the kind of skills that typically prove more useful when the participants enter the job market.

Armenia’s alternative service program is fairly standard, but there was a long legal struggle behind its creation.

With a relatively recent history of conflict with Azerbaijan, as well as historically tense relations with Turkey, Armenia has a two-year military service requirement for males. Avoiding the draft can result in jail time and a fine. Until 2013, conscientious objectors were not allowed to apply for alternative service. The result was hundreds of objectors, particularly Jehovah’s Witness, were jailed each year.

That changed when Armenia applied to join the European Council in 2001, which requires members to respect the rights of conscientious objectors. Armenia did not immediately change its laws, and that same year an 18-year-old Jehovah’s Witness who had been imprisoned for 10 months for refusing to serve in the military submitted a complaint to the European Court of Human Rights. He won his case in 2011.

In 2013, Armenia amended its laws for alternative service, allowing Jehovah’s Witness to participate. The program requires a 36-month term, with 48 hours of work a week. Participants can serve close to their homes and do non military work.

It’s not an isolated case. Jehovah’s Witness still face persecution for avoiding conscription in other countries. For instance, while South Korea has an alternative service program, it still requires participants to undergo basic military training and learn to fire a gun, which goes against Jehovah’s Witnesses beliefs. According to CNN, about 550 conscientious objectors were jailed last year in South Korea, the majority of them Jehovah’s Witnesses.