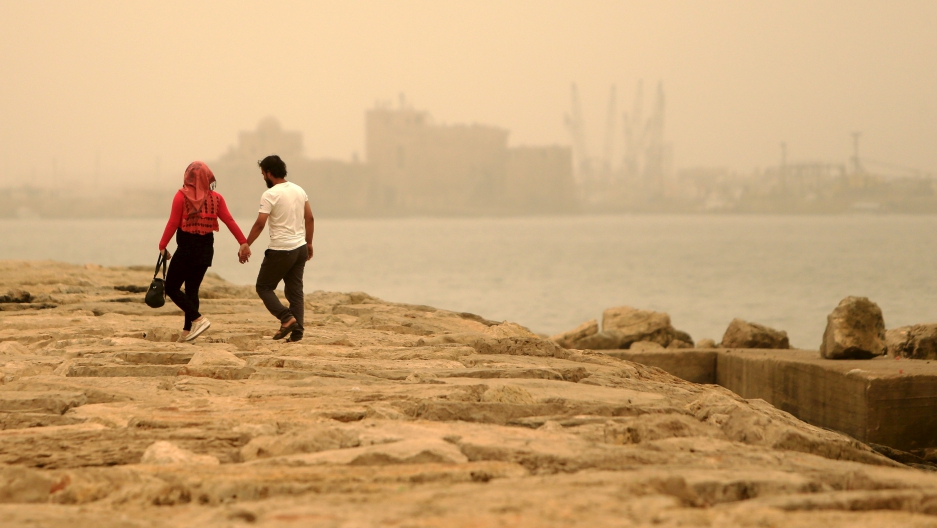 A couple walk during a sandstorm near the sea castle of the port-city of Sidon, Lebanon September 8.

A thick cloud of dust is passing through parts of the Middle East. It's a sandstorm that's been blowing around since Monday.

What a difference a day makes. Tremithousa, Cyprus before & after the #sandstorm. Photos by Gary Thomas. Dija pic.twitter.com/ROrRvrzAyL

A day after sweeping across Bekaa Valley in eastern Lebanon, the storm reached Beirut on Tuesday. There have been reports of several deaths and hundreds who have gone to the hospital with breathing difficulties.

Residents have been advised to stay indoors as the storm passed through the region. But there are photos of people who ventured on to the streets wore surgical masks. 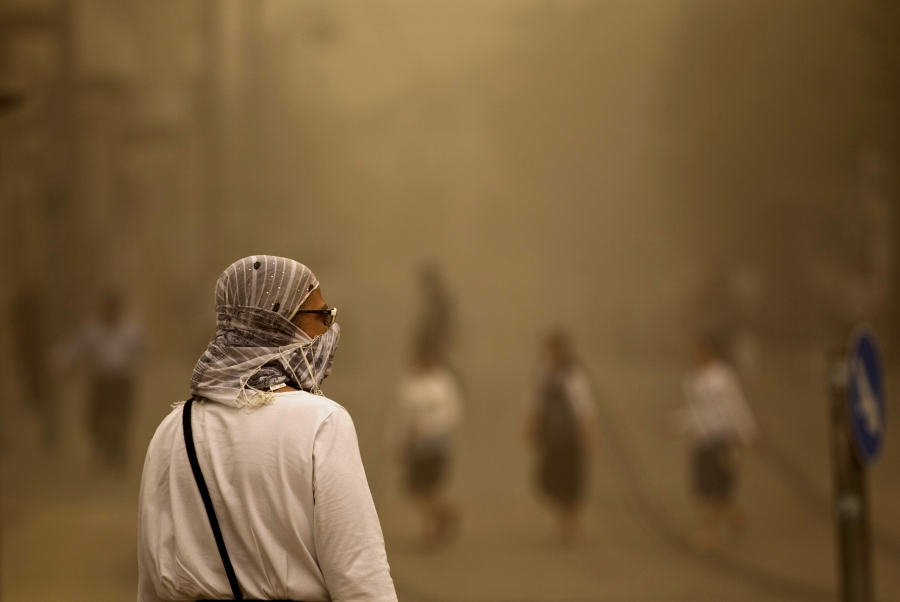 A pedestrian walks with a covered face during a sandstorm in Jerusalem September 8. Clouds of dust have engulfed Israel, Jordan and Cyprus.

Staying indoors is not easy for residents of Lebanon's refugee camps — many of them from Syria.

This sandstorm is making life more miserable for them than it was already.  "Their living condition are already very bad and precarious," says Paul Yon,  the head of Doctors without Borders or Médecins Sans Frontières in Lebanon, "Since this sandstorm arrived, we have been seeing young children suffering from different respiratory infections because of the storm."  He says MSF staff ahave been handing out face masks especially for children and pregnant women, and that on Thursday the orange colored dust clouds were starting to disappear as the sandstorm moves on.