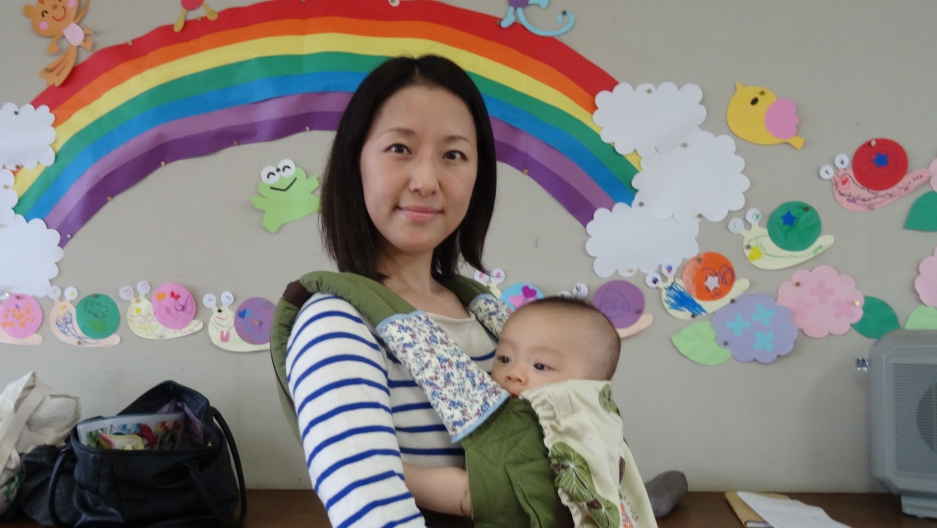 Aya Kanihara and her son Ayumu. Kanihara is taking maternity leave from her job in a Hiroshima office.

In many workplaces around the world, the presence of pregnant co-workers doesn't raise an eyebrow. It's considered old-fashioned — even primitive — to complain that a pregnant woman in the office isn't pulling her weight or that a new mother is taking it so easy that everyone else has to pick up the slack.

But in Japan, those views are still socially acceptable.

Like the United States and many other nations, Japan has a law banning discrimination against pregnant women in the workplace. But until very recently, advocates for women say, the law in Japan was routinely ignored.

"My maternity leave began on the day my son was born," says Aya Kanihara, a Hiroshima office worker I meet at a support group for new mothers. She says she's one of the lucky ones. Her employer has promised to keep her job open for her.

"I know other people who had to quit their jobs," Kanihara says. "Some couldn't go back. Others were forced to leave."

Being told to clean out your desk because you are pregnant may be illegal, but it happens. Even more frequent are workplace demotions. Just ask the "Jane Doe" of Japan's pregnancy discrimination law, a woman whose landmark lawsuit against her employer may be a game-changer for women in the workplace here.

Have you experienced maternity harassment at work? Let us know in our comments section below.

The woman (she prefers to remain anonymous because of the public vitriol directed at her) is sitting in front of me in a law office in Hiroshima, clutching a print-out of Japan's pregnancy discrimination law.

"I found it on the Internet," she says of the document. "And then I sued, because what was done to me was illegal."

That was seven years ago. The woman was working as a physical therapist for a hospital group. After she told her boss she was pregnant, she was reassigned and stripped of her management status. 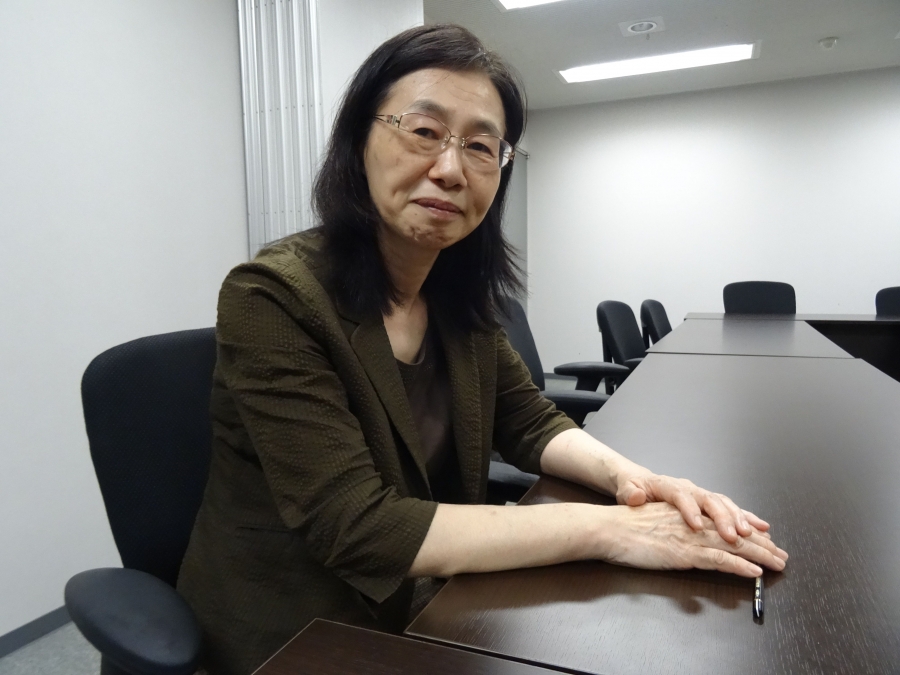 "I thought it was a straightforward case, a simple violation of labor law," says her lawyer, Nami Shimonaka. "A case we could not lose."

But lose they did. They couldn't prove that discrimination had taken place — that there was a connection between the pregnancy and the demotion. After they appealed, Japan's Supreme Court surprisingly took up the case and ruled in the plaintiff's favor.

It was a stunning victory that set a legal precedent; it also made the plaintiff think differently about her ordeal.

"The term ‘harassment' first came up in court," she tells me. "I never thought of it as harassment, but now I think it's the right word. The whole experience has been so painful."

Thanks to the huge publicity surrounding the lawsuit, there is now a Japanese word more specific than harassment: "matahara," an abbreviated combination of the English words: "maternity" and "harassment." A sociologist coined the term, which was then voted among the top 10 Japanese buzzwords of 2014.

The case has spawned new workplace rules and training programs from the Japanese government. It dovetails with Prime Minister Shinzo Abe's "Womenomics" initiative, which aims to boost the number of female workers while also encouraging higher childbirth. Japan's low birth and immigration rates means the country faces a huge decline in population.

There is also a new advocacy group: Matahara Net. Its founder, Sayaka Osakabe, recently picked up an international award usually handed out to women in less developed, less democratic countries: the 2015 US State Department's Women in Courage Award.

There are several different types of harassment in Japan, all derived from English words: "Pawahara," or power harassment, usually comes from a manager, according to Osakabe; "Sekuhara" or sexual harassment most often comes from the opposite sex. But "matahara" can come from anyone, regardless of status or gender. Osakabe says female co-workers are sometimes the harassers.

A survey conducted last month by Japanese trade unions found that more one in four young working mothers had experienced maternity harassment. With that degree of frequency, improving things may take more than international awards or new government guidelines. Advocates of change will have to reverse deeply-entrenched views about the "inconvenient interference" of private family life at work.

"It wasn't just my work colleagues, but society in general, too — they all made me suffer," says the plaintiff in the Supreme Court case. She was shocked by the public backlash against her, especially online. That's why even today, she doesn't want to be identified by name or have her picture taken.

I ask her if she's proud of what she has done, not just for herself but for other Japanese women.

"Maybe I'll think that way in five years or so," she says. "But to be honest, if I'd known then what I'd have to go through, I wouldn't have done it."

She accepts, though, that her case may set a new course for women's rights in the workplace.

"Just give me time to let that sink in," she says.

Her case is expected to reach its conclusion in late 2015, when the lower court, under direction from the Supreme Court, issues an amended verdict.