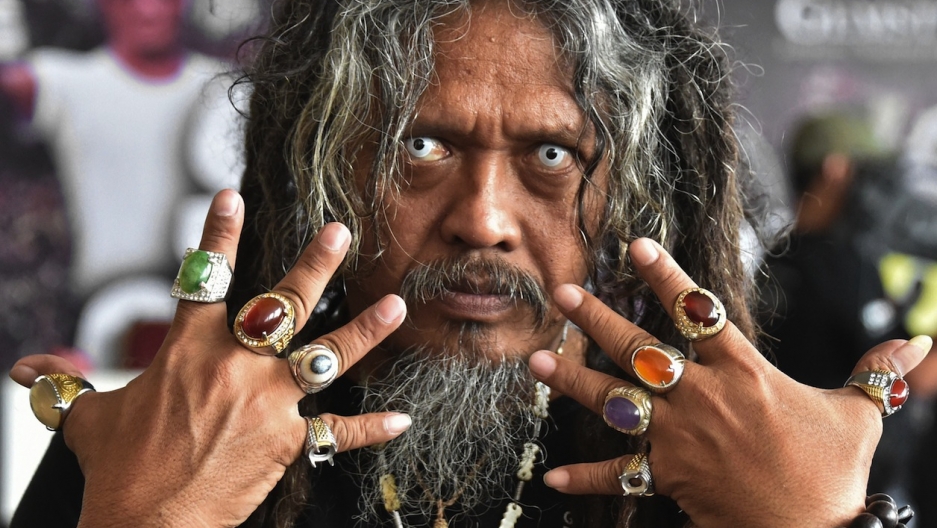 You can feel the magic.
Credit: BAY ISMOYO
Share

LANGSA, Indonesia — Looking for a wife? Better get a pink stone. Invincibility? Purple. Health? The black one can defeat any poison. Style? Well, any of them will do.

Whatever supernatural power you need, there's a precious stone for it in Indonesia, where gemstone fever has taken over.

Polo, a gemstone polisher in Langsa, a small city in the Indonesian province of Aceh, gave us his version of the stones’ properties. Others might dispute his attribution of powers: that amber is actually best for love, and the purple one grants invincibility. The “kecubung” stone, as amethyst is known here, is widely believed to protect you from getting wasted. Of course, if you're already invincible, a couple beers should do no harm.

Thanks to such beliefs in their powers, gemstones are everywhere in Indonesia. Mostly on men’s fingers, but women are slowly getting contaminated by the frenzy. People often wear more than one ring, and they’re sometimes so big it makes you wonder how people manage to lift their hands.

Merchants say sales have tripled in the past two years, and prices have obviously followed. While you’ll still find cheap ones — costing just a few dollars — some precious stones now sell for over $20,000.

The recent craze is believed to have started after former president Susilo Bambang Yudhoyono gave a piece of jewelry to Barack Obama when he visited in 2010. The US president reportedly received a  green “bacan” gemstone ring, believed to have various healing powers.

Polo gets his from Aceh, but they’re mined in various parts of the country. And with so many people wanting them, the authorities are starting to wonder whether they should start controlling prices, and look into environmental and security hazards. Earlier this year in Sumatra, three gemstone diggers died of asphyxiation in an illegal mine.

More from GlobalPost: Why gem mining is Myanmar's road to heroin hell

Editor's note: This story has been edited from an earlier version for clarity.