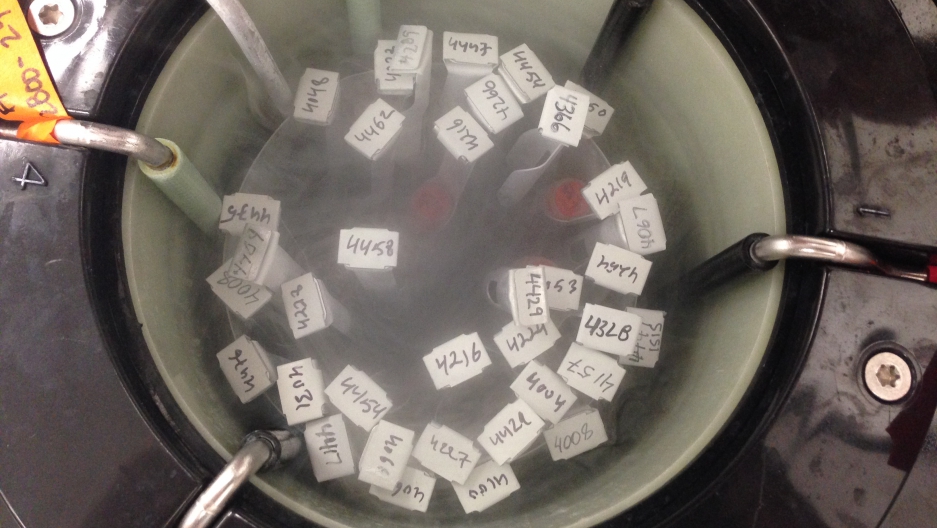 Canada's 2004 Assisted Human Reproduction Act is one of the most comprehensive and ethical laws in the world when it comes to regulating the business of fertility. But aspects of it create a huge headache for many women.

All the samples are from US donors.

"One of the restrictions in Canada is that donors cannot be paid, hence most of the samples come from the US,” Bissessar says. His company imports sperm from banks across the US and then sells it to Canadians.

The Assisted Human Reproduction Act is the reason why sperm donors can't be paid in Canada. “In our country we don't sell blood, we don't sell solid organs. And in that context, gametes and embryos were seen as the same as body parts, and we do not want to create a market in body parts," says Francoise Baylis, a professor of bioethics at Dalhousie University in Halifax who worked with the Canadian government to craft the law.

For lesbian couples, the law's unintended consequences go beyond the nationality of sperm donors.

When Alice MacLachlan met and fell in love with Amy Noseworthy, they both agreed having children was a priority. The two got married in 2010 and started planning for a child the year after, MacLachlan starts to explain when she's interrupted by her daughter. “Mummy, I want a muffin,” two-year-old Emmylou says, standing next to her mother at the dining table waiting for a response.

MacLachlan laughs and tells her that the raspberry muffins are in the oven will be ready in 11 minutes. “So we started in 2011," she continues, "and Emmylou was born in 2013.” 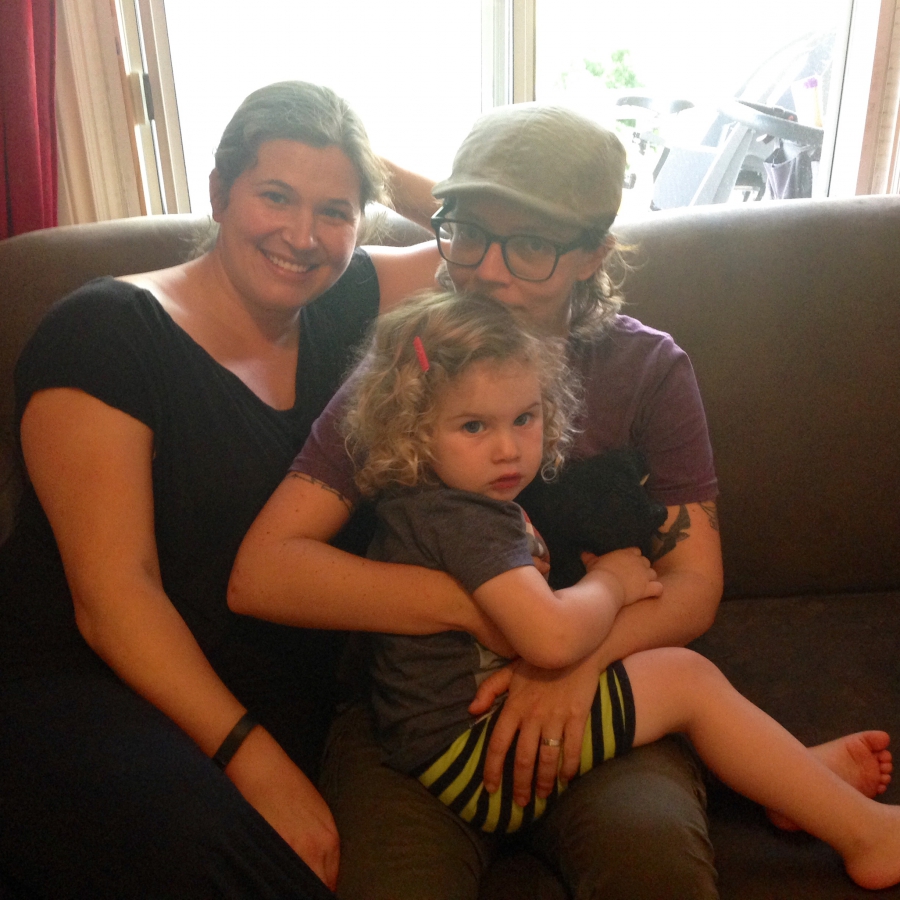 Here’s what happened in those two years.

The couple decided that their first step would be to go to a fertility clinic to get help with insemination. They explained to the medical staff that they had a willing sperm donor, a friend in Canada. They were told that first off, their donor would have to be tested for a variety of things, including HIV and Hepatitis C.

"At every point, everyone wanted to tell us that this was a dangerous idea, it was risky, we should be careful,” Noseworthy says. Even though she was not the gestational mother, “I had to have a blood test for whatever reason, and the random lab technician who took my blood spent the entire time telling me that she thought this was a bad idea.”

On top of that, they had to meet with social workers, and they were both subjected to genetic testing. And since they were in a fertility clinic, they were automatically treated as though they had fertility problems.

MacLachlan, the gestational mother, had to take tests that are generally given to women who have a hard time getting pregnant.“There was one where they inject you with blue dye. I remember that test really hurt,” she says. Noseworthy says that one nurse told her that Alice had “A+ ovaries,” but that she would still need more tests.

This kind of treatment frustrates Carrie Schram. She's a family physician and she also works at the Hannam Fertility Center in downtown Toronto.

“I know we can do better,” says Schram. “I know that when patients come to a fertility clinic and want to get pregnant, if they want to forgo some of our baseline fertility testing, medically, it's not actually indicated for them — as long as they understand that they are taking the risk that they may have an undiagnosed fertility issue, then it's totally reasonable.”

Straight couples using fertility clinics in Canada don't face the same issues: you can use fresh sperm from your partner, and begin fertility treatment. If you are a same-sex couple, you'll have to wait at least six months before insemination and pay up to $6,000 in medical fees, for things like freezing, storing and thawing the sperm — each time you try to conceive.

“The complication of the sperm quarantine is relatively unique to Canada,” says Tom Hannam, who runs the Fertility Center. “It was of course, the best of intentions. The idea was to be that sperm would be safe, and the way they chose to do that was through questionnaire, making sure that your lifestyle was not going to put your future partners at risk. You give a sperm sample, and then instead of testing the sperm directly, it gets frozen, and then you get tested again six months later. It works. It's just a very indirect way of doing it.”

“People in our community, in LGBTQ communities are annoyed that they can't just use the donors of their choice,” says Rachel Epstein, coordinator for Toronto’s LGBTQ Parenting Network. “People are quite willing to sign a liability waiver, because I think that's what the concerns are of the clinics — that they don't want to be held liable for anything that happens when they inseminate you with your known donor but the way the semen regulations are written, right now it doesn't allow for that.”

This fall, the Hannam Fertility Center will begin offering services tailored to help the LGBTQ community.

“The clinic we're trying to develop has a bit of a more low intervention, more family medicine approach to fertility,” explains Carrie Schram. “We want to have an option for self-referral, so anyone LGBTQ, single woman, whoever, can self-identify that yes, they are trying to get pregnant without previously trying to conceive.  And we've worked to develop a form that doesn't even include a lot of those questions.”

But the clinic still must abide by the law, and that means physicians cannot inseminate a woman with a known donor’s sperm without following the regulations, which include testing and quarantining.

MacLachlan and Noseworthy eventually gave up on using a fertility clinic. The financial cost was too high for them. Instead, they went to the drugstore, spent less than a dollar on a syringe and did a home insemination. After a few tries, MacLaughlan became pregnant with Emmylou.

And if they decide to have another child? “We wouldn't start exploring a clinic,” Noseworthy says. "We'd jump straight to the successful option. I wouldn't change anything about it, I mean we made such a good kid.”