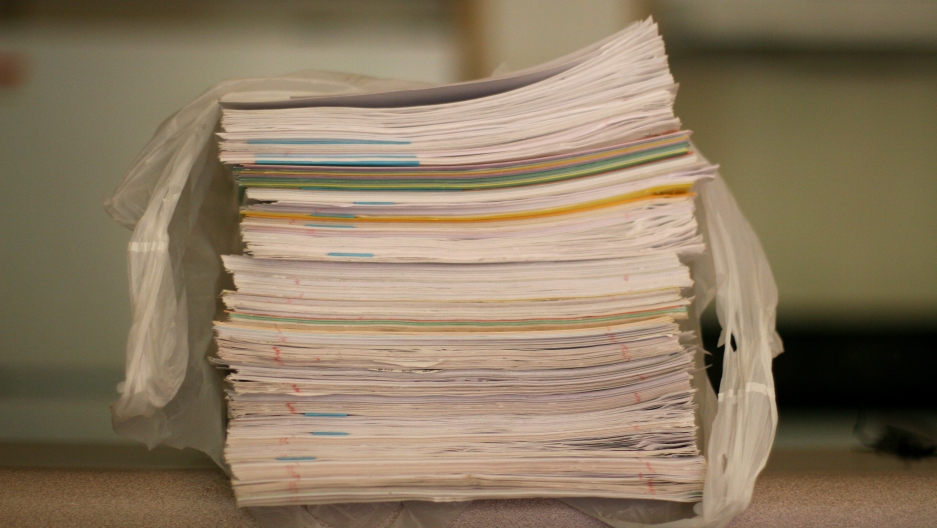 You slave away writing a paper — isolating yourself in the library for days to comb through research and write meticulous citations. The fruit of your labor culminates in... a big red letter at the top of the page.

Well, hopefully some knowledge too -- but the assignment you dedicated yourself to is thrown in the trash (or maybe filed away, if you're that kind of person). In most cases, no one ever sets eyes on it again.

Jim Davies, an associate professor of cognitive science at Carleton University in Ottawa and author of “Education Is A Waste of Effort But It Doesn't Have to Be” says that teachers are overlooking an opportunity. While he believes that students aren’t necessarily wasting their time on assignments — you probably did learn something writing that paper — their labor can be used more productively.

"What I see as a waste is that we have a lot of very bright, very competent students — particularly at the university level — who do an enormous amount of work, thousands and thousands of hours of work on assignments, and these assignments could be used for something.”

Take an assignment for Davies’s cognitive science class: summarizing a scientific paper. Instead of everyone writing about the same paper, Davies gives them each a different paper that’s never been summarized before. After grading, he publishes the summaries on a website. That way, student learning can pays dividends to the scientific community.

Another task Davies has given students is creating online flash cards for a lecture. Those who take the class in the future can then study from those same materials - a win-win situation.

Davies teaches cognitive science, but he believes that this concept can be applied elsewhere. A web design class could build a website for a local business, or social work students could implement a project in the community. In the case of a subject like physics where, unless you’re the next Einstein, it might be hard to do original work, maybe the student can design a visualization to help teach their peers. Davies says,

"What I don't want is people to just think: 'Oh, that wouldn't work in my field' without ever sitting down and trying to think of something. Because they're not always obvious, but some of these things do take a little bit of creativity to come up with."