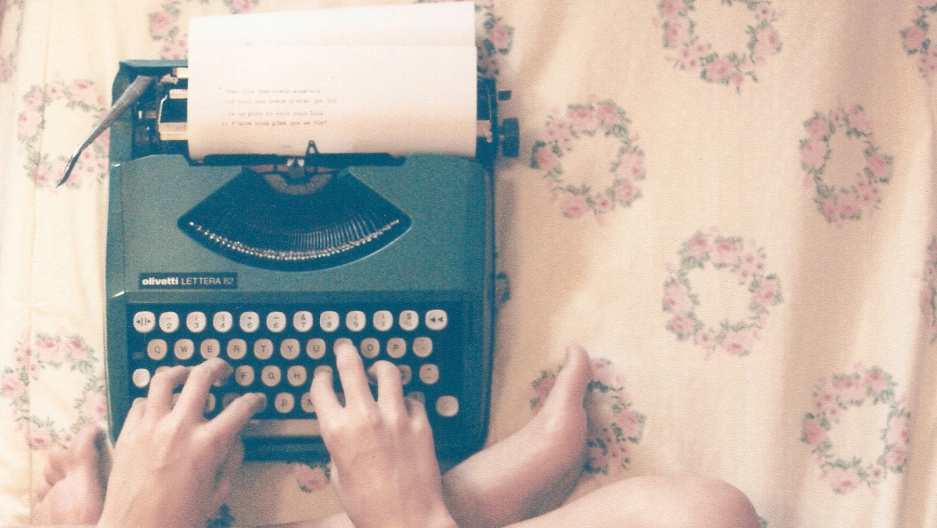 There's a long history of authors using pseudonyms to give them a perceived advantage in publishing.

Chou's real identity was unveiled after his poem was chosen for this year's anthology of Best American Poetry. He explains in his bio that he adopted a Chinese nom de plume after his poem had been rejected multiple times under his real name.

“As a strategy for ‘placing’ poems, this has been quite successful to me,’” Hudson wrote.

This news has unleashed a firestorm in the poetry world. It came as a shock to Victoria Chang, a poet and professor at Chapman University in Orange County, California.

“It almost feels like an anachronism. In today’s world it seems like a strange thing to do. My first reaction was this is crazy. Anyone who thinks this is normal is unusual, to put it mildly,” she says.

Being an Asian American female poet is no picnic in the white literary establishment.

“I can assure you that it has not been easier for an Asian American female to make any mark in the traditionally white male literary world,” Chang adds. “The thing that he did categorically diminishes all of our accomplishments as Asian Americans because it’s implying that our work isn’t as good. The whole idea of diversity is that ‘these peoples work is good and it's important and it’s just as good.’”

But did his Chinese nom de plume give him an edge? Sherman Alexie, the editor who chose Yi-Fen Chou’s poem for inclusion in the Best American Poetry anthology says, well, if he's being honest, of course. He published an online essay about how he came to choose Chou’s poem.

“I did exactly what that pseudonym-user feared other editors had done to him in the past: I paid more initial attention to his poem because of my perception and misperception of the poet's identity. Bluntly stated, I was more amenable to the poem because I thought the author was Chinese American,” wrote Alexie. But that's just one aspect of the poem that attracted him.

In an ideal world, says Chang, writers would just be judged anonymously on the merit of their work alone, "but I think the problem with that is that a lot of times the Best American Poetry just doesn’t represent America and that’s what Sherman Alexie tried to do,” she says.

Alexie ultimately opted to include Hudson/Chou’s poem in the anthology as planned.

"I rejected at least 1,000 poets in pursuit of the 75 who are in the anthology. It was an exhilarating and exhausting task. And now I am being rewarded and punished,” Alexie wrote,  “And I am pondering what all of this reveals about my identity — perceived, actual, and imaginary. And I hope that you, as readers and writers, continue to debate The Yi-Fen Chou Problem and my decision to keep the poem in the anthology."