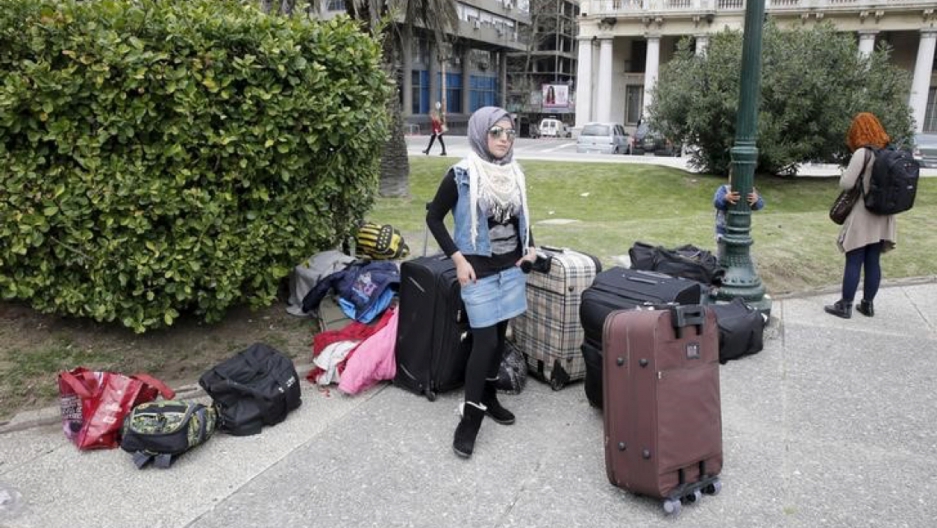 Fatima, a member of a family of Syrian refugees who arrived to Uruguay on October 9, 2014 demonstrates at Independencia Square in Montevideo, September 7, 2015.
Credit: Andres Stapff
Share

MONTEVIDEO — Five families of Syrian refugees granted asylum in Uruguay last year protested outside the president's offices on Monday, demanding they be allowed to leave the South American country in search of better jobs, even back in the Middle East.

Uruguay accepted the 42 Syrians fleeing civil war in October 2014, but the families said they felt the leftist government had failed to deliver on a promise of good incomes.

"I am not afraid to go back to Lebanon," said 36-year-old Aldees Maher, whose family had initially sought safety in a refugee camp across the border from Syria. "I want a place that guarantees me, my family a life."

Their protests come as Europe struggles to cope with record numbers of asylum seekers escaping conflicts in Syria, Iraq and Afghanistan, and illustrate the challenge host nations face integrating the often-destitute refugees.

In Uruguay, a secular country with a tiny Muslim population of about 300, the refugees receive housing, health care, education and financial support from the government. Even so, they have struggled to settle in and relations with locals have been strained.

More from GlobalPost: 8 reasons Uruguay's not all that

"I don't have any way of getting a job to earn enough money and look after the family. Before we came, the embassy told us we could earn $1,500 a month," said Maher.

Maher said he would demonstrate in front of President Tabare Vazquez' office until the families' demands were answered.

The refugees hold an identity and travel document that is recognized internationally, but other states can deny them entry.

Maher and his family returned to Uruguay after spending 20 days in Istanbul's airport in August after immigration officials refused them entry to Turkey.

"If they want to go, they can. But it is not up to us whether another country allows them entry," said Javier Miranda, head of the human rights secretariat inside the presidency.

More from GlobalPost: The migration crisis threatens the 'soul' of Europe. Here are 6 figures that explain why

One 22-year-old Syrian who identified herself as Sanaa said she felt deceived by Uruguay's treatment of the refugee group.

"It's not what they said it would be like here. We want to leave," she said.

Another group of 80 Syrian refugees is expected to land in the country before the end of the year.