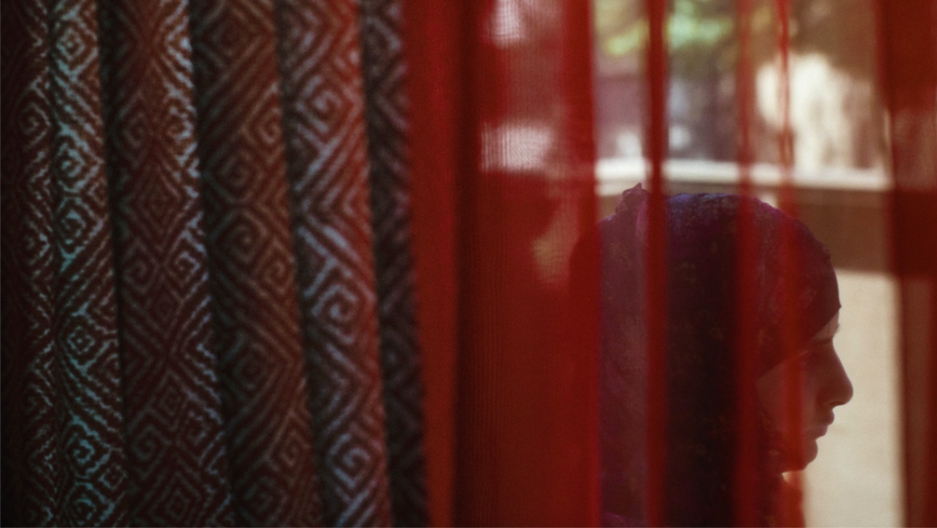 Nina, who asked to use a pseudonym, is from Yemen and fled a forced marriage. She is now in the US fighting for asylum so that she and her family, which includes the man she chose as her husband, can stay.

Put yourself in a place where, if you face danger, it comes down to two decisions: stay or go. That’s what happened to Nina, and the danger came from her own family. It had to do with the man she loves. They met in Saudi Arabia, through a friend.

“He was nice, normal,” Nina says (she asks that we not use her real name, for her safety). “He was from Yemen too,” and, as she puts it, “he seemed like a man of good deeds." 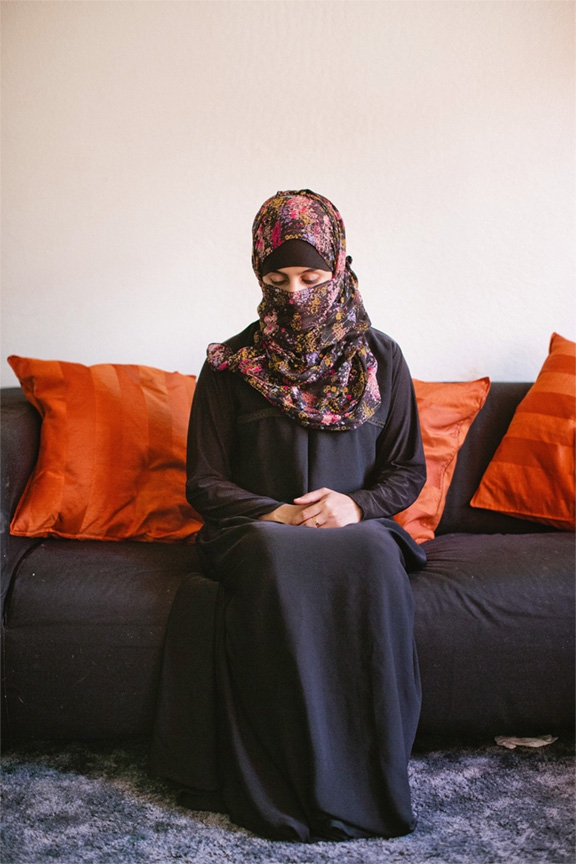 Nina at her home in Oakland, California. She asked to use a different name as the outcome of her legal case — she is seeking asylum in the US — remains uncertain.

Today, though, the couple and their young children are far from home, in a low-income housing project in Oakland, California. Their future is uncertain, and depends on whether Nina can stay — and who the US decides to protect under asylum law.

When the couple first met in Saudi Arabia, things seemed to go smoothly. Nina’s dad gave the couple his blessing. That was crucial because it meant breaking from the family’s original plan for Nina: To force her to marry a stranger, her cousin in Yemen. But then Nina’s dad died soon after. Following tradition, and the law in Saudi Arabia, her brothers became her legal guardians.

For months, Nina says, she was trapped at home. Her brothers insisted she marry her cousin. That would keep Nina’s dowry in the family. But she refused and paid the price.

“They always threatened me, and that they were going harm me,” she says. Her brothers beat her until she nearly passed out, according to the testimony she provided her lawyer.

She escaped, though, with the man she chose as her husband. We'll call him Khalid. He says they hid from her family. “Every couple of weeks we change our address because, you know, we don’t want anyone to find us,” he says. “Her brother told me they’re going to kill me.”

But the threats continued — now Nina, and other women like her, are pushing for change in US asylum law to better recognize the dangers they face because of their gender.

It’s a tough case, and some say that's because US law is stuck in the past — in post-World War II times, when Congress decided who could get asylum here. It was a time when the law was designed for “people persecuted because they were Jews for their religion, or because they were Communists for their political opinion,” says Karen Musalo, a law professor and director of the Center for Gender and Refugee Studies at the University of California at Hastings in San Francisco. “But what happens to women is often not done by governments, it’s by their intimate partner, in their communities, by their family, and it was just not seen that violations of women’s rights were human rights violations.” 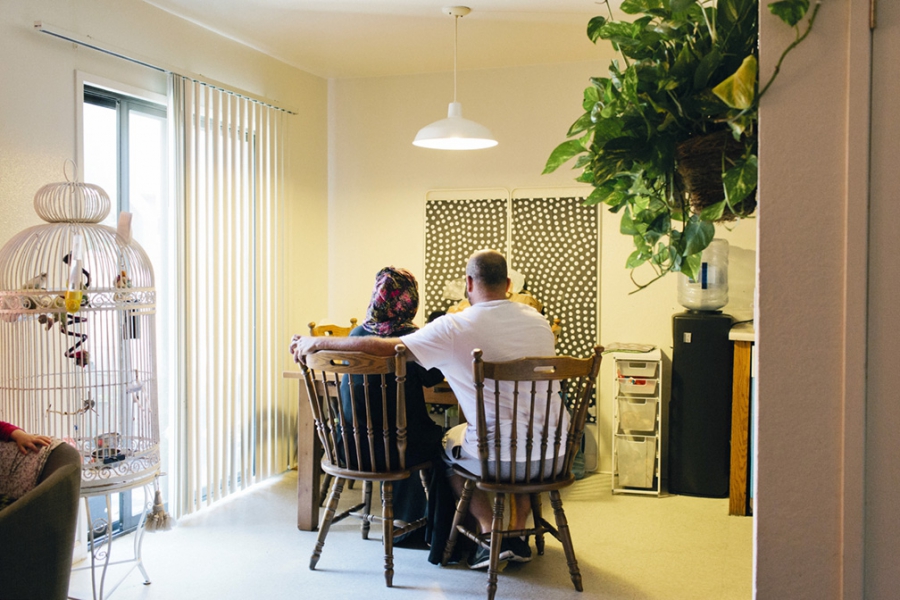 Nina and her husband live in Oakland, California. They hope to stay and avoid the deadly threats by Nina's family, who wanted her to marry her first cousin. She broke with tradition and fled with the man she considers her husband. She is now testing US asylum law by claiming gender-based persecution. Nina asked to be identified with a pseudonym while her case is pending.

Musalo has pushed for change — and won some. US law now better recognizes asylum claims from women who face female genital cutting and domestic violence. The reasoning goes that some country’s laws against these practices may appear strong on the books but aren’t enforced. Still, women deserve protection.

In Nina's case, she says where she lived before, in Saudi Arabia, she could not count on local law enforcement for protection — not in a country that follows sharia law. "It is a misogynistic society. Women are not protected," she says. In Saudi Arabia, her brothers' guardianship over her meant she was blocked from obtaining a passport, marrying — a rule she broke — or traveling, without their approval.

But Musalo says more change is needed. “What about these other forms of gender harm that occur to women all the time?” she asks. “What about forced marriage, what about trafficking for sexual exploitation?” 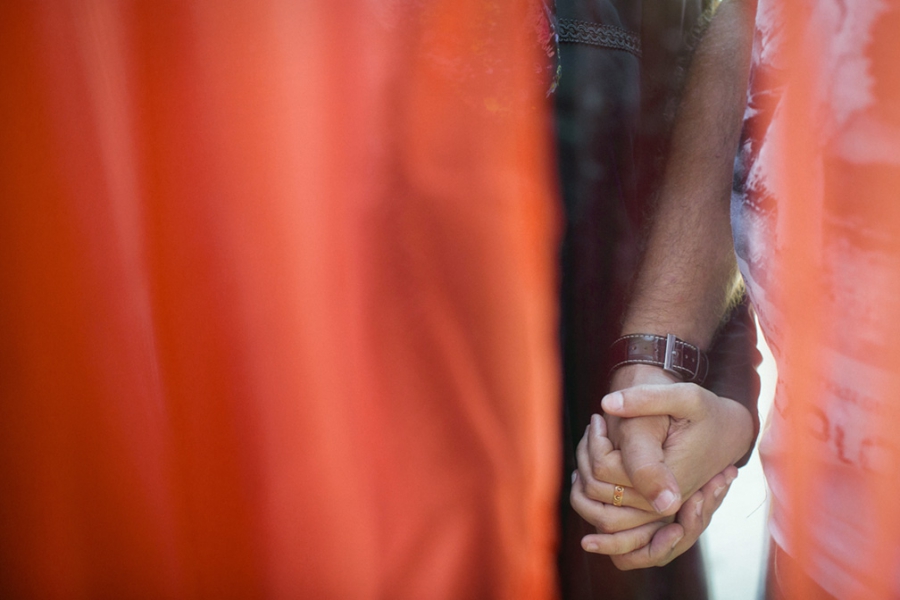 Nina, who asked to use a pseudonym, is from Yemen and fled a forced marriage. She is now in the US fighting for asylum so that she and her family, which includes the man she chose as her husband, can stay.

The Barack Obama administration once pledged to be bold on this area of women’s rights, recognizing the abuse women can face internationally. Close watchers of aylum law also say there were indications that officials would issue asylum regulations proposed in 2000 that would have helped clarify standards for people seeking asylum based on gender-related harms.

But there’s worry now, as Obama winds up his presidency, these efforts will fade.

Dan Stein, head of the Federation for American Immigration Reform, worries about the opposite happening. “It all has its start with a consensus of what the purpose of asylum is in the United States,” he says. “That consensus seems to be falling apart as we broaden asylum in ways that are completely unmanageable.”

Stein says the dangers women like Nina face are private matters, to be settled in their own countries.

But Nina’s husband, Khalid, says he would be killed if they returned. If not for that danger, he says he would never want to leave Saudi Arabia. He was a corporate executive in Riyadh. In Oakland, he works as an Uber driver and catering assistant. He has worked in pizza restaurants and, when the family lived briefly in San Francisco’s Tenderloin district, as a grocery store cashier. "I start not from the zero — less than the zero. So why would I leave my good life, and have to come to this country? Because I want to feel safe,” Khalid says. 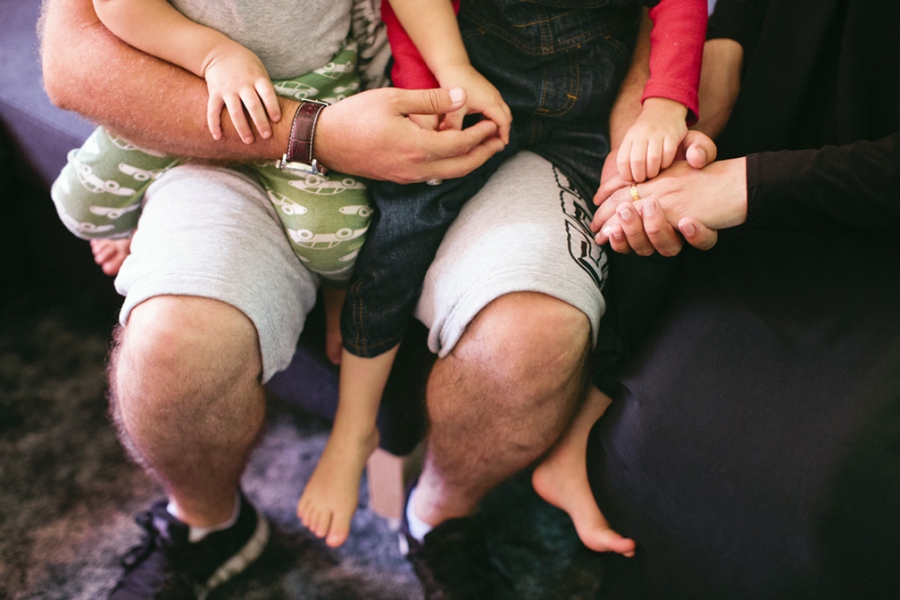 Nina hopes to win asylum in the US for her and her family. She says her family from Yemen wanted to force her to marry her first cousin. But Nina chose to be with another man, who she considers her true husband. She is testing US asylum law by claiming persecution based on her gender.

The family will live in limbo until Nina’s case is decided, and that won’t be until 2019, her lawyer says. There’s a massive backlog in immigration courts.

When asked if she loses her asylum case and faces deportation, Nina says, “I can’t think about that. I hope I win and stay. Going back isn’t an option.”