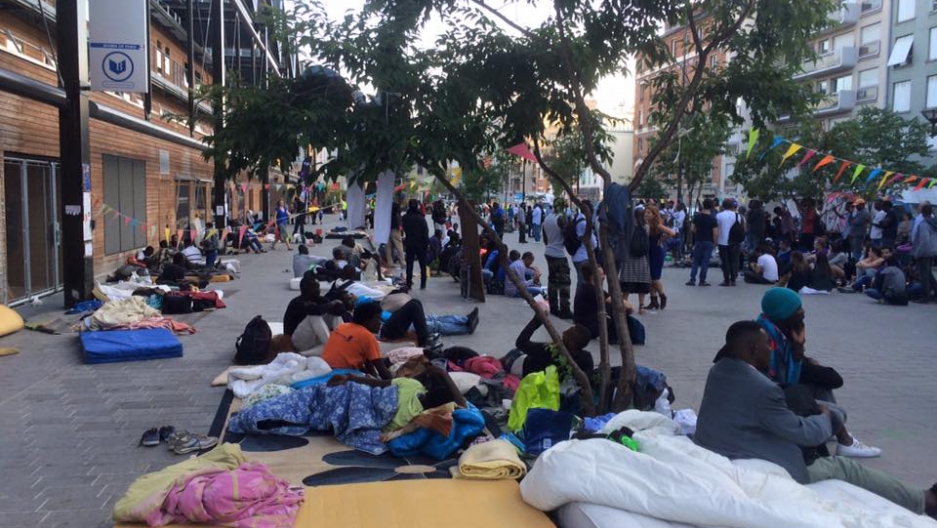 In July 2015, so many Africans had arrived in Paris, they were sleeping in the open air in the neighborhood of La Chapelle.

Even as tourists continue to descend upon Paris this summer, parts of the city have been transformed by the European migrant crisis.

The neighborhood of La Chapelle, located a mile east of the famed Sacre Coeur, became the site of an outdoor encampment of migrants from Sudan, Eritrea and elsewhere in Africa. For weeks, as many as 130 men slept on mattresses on the sidewalk, and relied on local residents for periodic access to private bathrooms. The one public bathroom was suddenly locked.

Abdallah Abdulmunim, 31, came from Sudan. Like other migrants, he had expected France to be more welcoming. 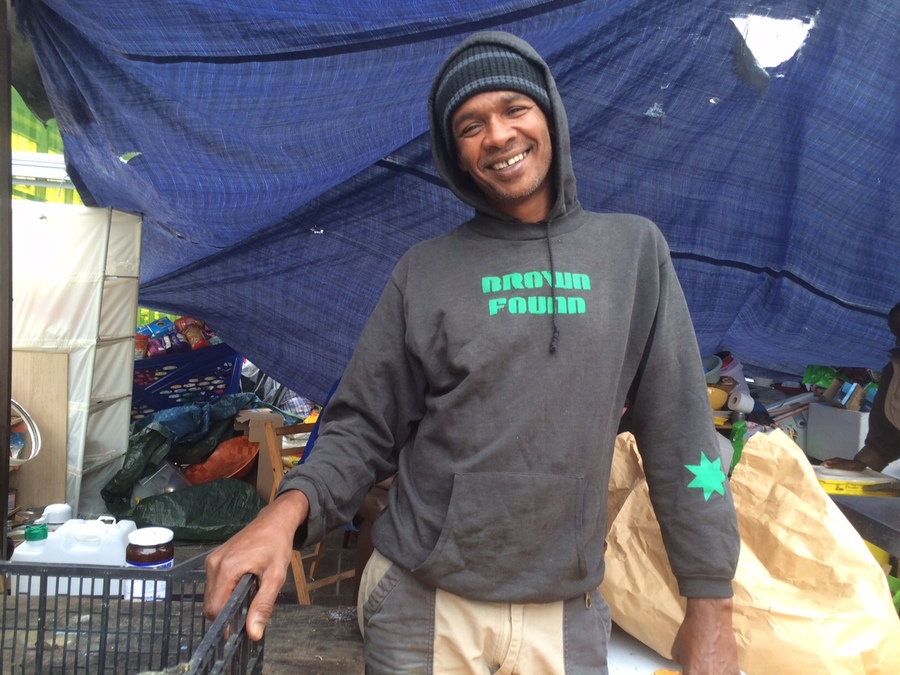 Deputy Mayor Dominique Versini says the city is committed to ensuring the rights of migrants, whether they seek asylum in France or intend to move on. She estimates that the city has between 2,000 and 3,000 migrants, with approximately 1,000 on the streets and the rest in emergency housing.

“It’s a problem that is going to take a while,” Versini says. “As long as we haven’t handled the political problems happening in those regions.”

But local activists say the city's response has been erratic and overly aggressive, and they accuse the police of racially-profiling pedestrians in order to identify migrants — something Versini insists has not been happening.

Ahmed Adam-Ali, 25, said he started his journey from Sudan on foot, crossing the Sahara Desert from Sudan to Libya. It was an extremely dangerous trip. Three of Adam-Ali's companions died along the way. He was finally smuggled, by boat, into Italy. From there he snuck on trains to Nice and finally here.

He knew exactly where to go. Even in Libya, La Chapelle is known as the destination for refugees who get to Paris. It's a diverse neighborhood, with plenty of immigrants as well as upscale bistros. For some migrants, Paris is meant to be a stopover before heading to the UK or Germany. Adam-Ali thought, if he could just get his papers, maybe he could one day make it to the US.

“If I have a paper, I’ll go outside France. Because I hate it. Really,” he says.

In the middle of our interview, he received a call from his mother, outside Khartoum. She told him his father had gone missing in Darfur, and there was no sign that he was still alive. And Adam-Ali’s younger brothers had been withdrawn from school, his mother told him, because she could no longer afford the fees.

Adam-Ali grew silent, considering the news. He knew he wasn’t welcome in Europe and now had further reason to wonder whether he’d made a mistake leaving Sudan.

His dream, he said, was to one day make it to the US so he could study psychology or sociology in a university. He had taught himself English, a few words at a time, and had fallen in love with the speeches of President Barack Obama as well as poets like Gwendolyn Brooks.

He recited a poem by June Jordan from memory.

"Our earth is round, and, among other things, that means that you and I can hold completely different points of view and both be right," it starts off.

Later I heard the migrants of La Chapelle were moved into an empty school. But Osouf said that arrangement was likely to end soon, and that they would have to find new housing, again in their Parisian limbo.

Reporting for this story was supported by the French-American Foundation. 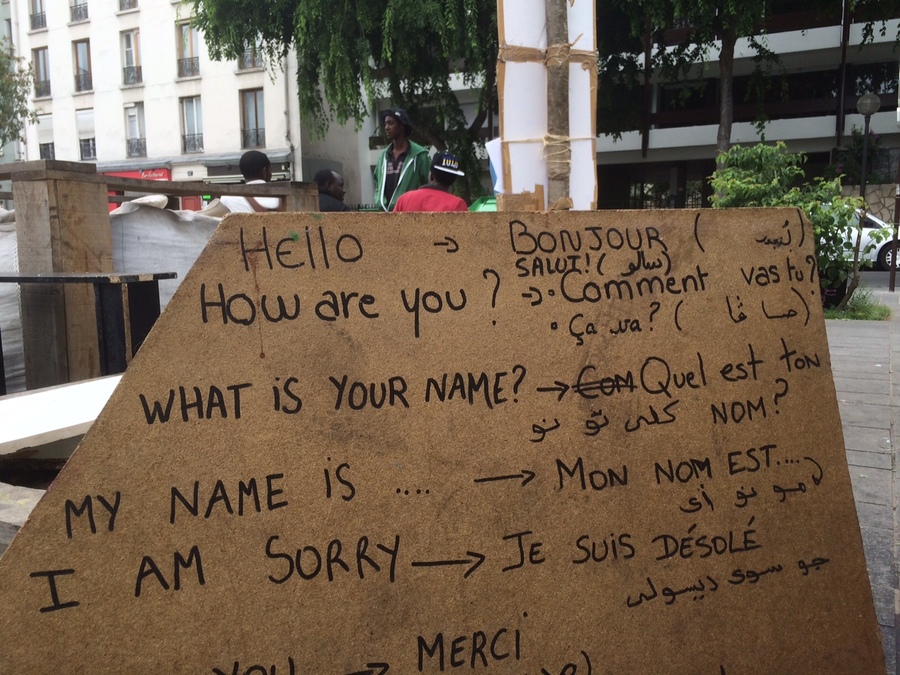 The migrants in Paris's La Chapelle neighborhood had a make-shift language primer.