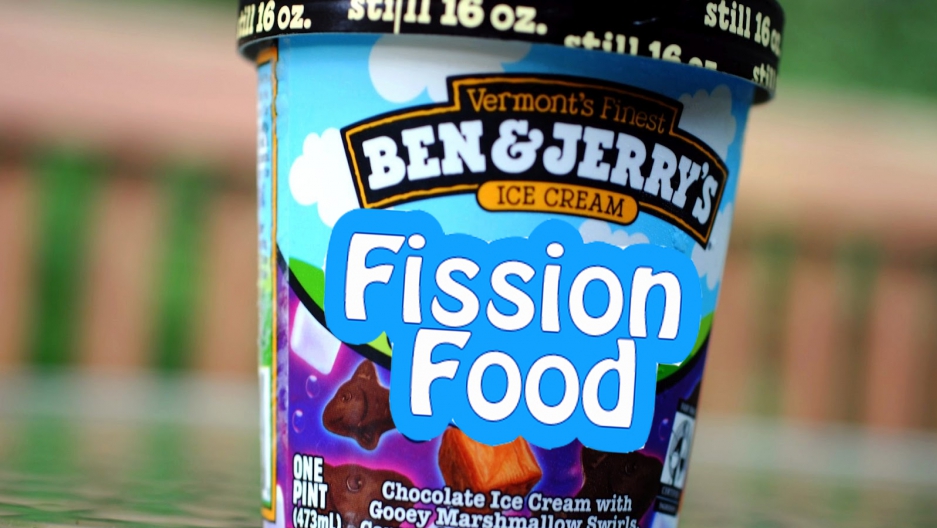 When our Middle East reporter, Daniel Estrin, heard that Ben Cohen and Jerry Greenfield, aka Ben & Jerry, had come out in favor of the Iran nuclear deal, his mind went into overdrive.

“I issued my own statement of support,” Estrin told us.

So, Estrin told us, he put out a call on Facebook for new nuclear deal-inspired flavors. Daniel riffed on the classic Phish Food, coming up with ‘Fission Food,’ as in nuclear fission.

Our own Marco Werman took up the challenge, and suggested ‘Centri-Fudge.’

Debra Kamin suggested “Yellow Cake.” Blake Sobczak came up with “Chocolate Chip Cookie Fordough,” after one of the nuclear sites. And also “Stuxnut,” after the Stuxnet virus that was let loose on Iran’s nuclear facilities — some say by the US and Israel. Benjamin Sales suggested “Tehran Misu.”

The news made headlines especially in Jewish circles, and The Forward came up with its own five suggestions, complete with mock-ups of the ice cream containers.

Estrin said it’s only natural for Jews to take what might seem like a dour situation and make a joke. Israelis are overwhelmingly against this nuclear deal, though there are certainly people who say it’s the best anyone could ask for.

“There’s a lot of pressure within the Jewish community in the US,” Estrin said, “and I think with all that pressure there is a lot of humor and light-heartedness to deal with that. There’s a new Israeli film coming out, for example, called “Atomic Falafel,” a farcical look at a looming nuclear war between Israel and Iran.

The ice-cream maker has not yet respond to our calls for comment.