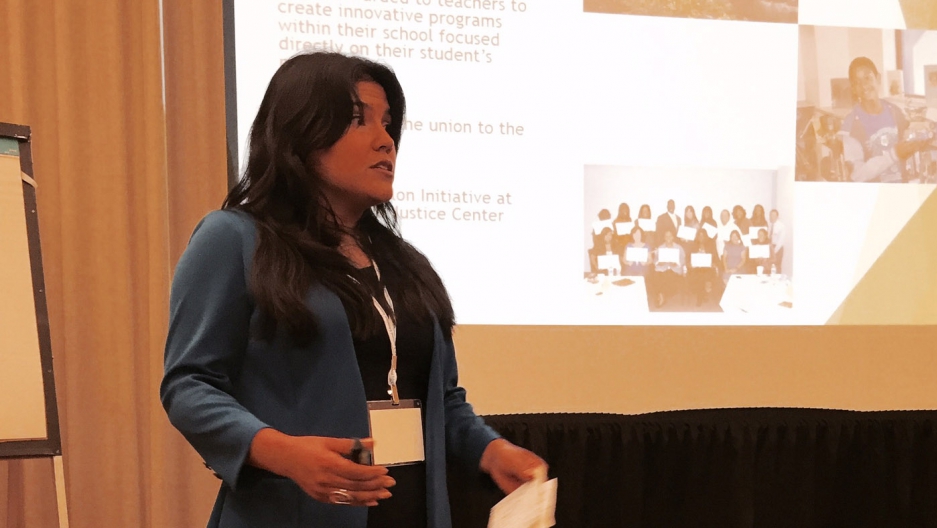 For years, many have identified Miami with its signficant Cuban population. And while Cuban Americans make up 54 percent of Miami's Hispanic population, it doesn't tell the whole story.

Miami overall is a majority Latino city — 70 percent to be exact and, its composition continues to change. According to the Pew Research Center, nearly a third of Miami-Dade's Latinos are from Central and South American countries such as Guatemala, Colombia, Venezuela, Nicaragua, Brazil, Honduras and El Salvador. Meanwhile, 13 percent hail from Puerto Rico, Mexico and the Dominican Republic.

Middle-school teacher Karla Hernandez-Mats grew up in Miami and describes it as a unique community.

"We can get away with speaking Spanish almost anywhere because of the diversity of Latin American folks that live there," she says.

Hernandez-Mats is a first-generation American and says while growing up, she tried to reconcile her American identity with her Latino heritage, and credits a teacher with helping her to embrace both.

"We were taking our class pictures. And he looked at my ID badge and said, ‘Hola, Karla.’ And he said, ‘What’s your full name?’ And I said, ‘Karla Hernandez,’ trying to say it in my best English accent. And he said, ‘No, you’re Karla Hernández.’ And I had an a-ha moment: ‘Oh, I can be both.'"

Related: Teaching a global nation: US classrooms are becoming an unlikely immigration battleground

Hernandez-Mats believes broad diversity and a long immigrant history in Miami help set her district apart from others across the nation—many of which are still wrestling with discrimination and a lack of resources.

But her experience isn't without its challenges, though. Last year, one school in the district absorbed over 300 unaccompanied children who crossed the US-Mexico border and joined the rolls.

"It’s tough ... we’re a school district that has over 80 languages in one school system. So how do we provide for all of these students that come from all parts of the world to make sure that they’re receiving a high-quality public education? And not just learning academics, but really empowering them."

The district has asked the federal government for additional funds to accommodate the new students so that, according to Hernandez-Mats, "when they're finished with public education, they become productive citizens of our community."

This story first aired as an interview on PRI's The Takeaway, a public radio program that invites you to be part of the American conversation. Share your thoughts and ideas on Facebook at our Global Nation Exchange, on Twitter @globalnation, or contact us here.