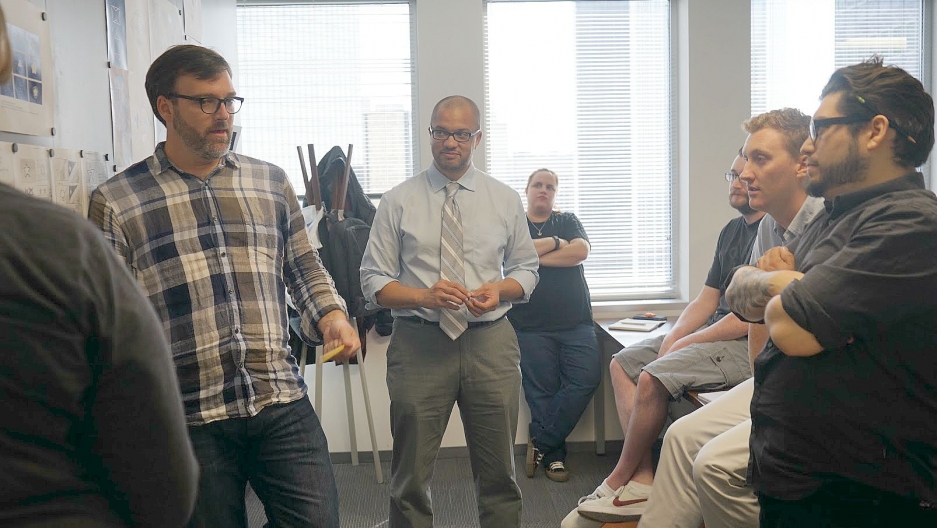 Following the project kickoff, our team met to strategize. The designers, mostly southern with a few Northerners, drew on personal experiences, historical reading, and visual references to craft concepts that captured the spirit of the modern South. During this stage we wanted every idea --- the more, the better.

Studio 360 gave us a hard assignment. Southern identity is wrapped up in so many intangible feelings and experiences, and we need to come up with avisualway to representthe modern South. Ideas ranged from reinterpretations of the existing battle flag, to lesser-known symbols of the South, to totally new symbolswithout a fraught history. It has inspired a lot of discussion within our design team: How do you develop something new but keep it familiar to the South?What symbol represents all Southerners, not just a few? How do we honor diverse backgrounds and be authentic to the totality of the southern experience?

What became clear from our research is that we want to tell a story of inclusion that's been conspicuously missing from history. One idea kept reemerging: the concept of letting the conflict be in the past and emphasizing moving forwardtogether.

At the end of our discovery process, we met topresentour work to each other and hear everyone else's thoughts. There were two concepts that we think are particularly strong, so rather than choose one, we're having a bit of an internal competition: we'll follow both ideas, and decide which team produces the best symbol to represent the contemporary South.

We'll be posting weekly updates from the 70kft team --- check ourblogfor the most recent posts, or follow 70kft here.