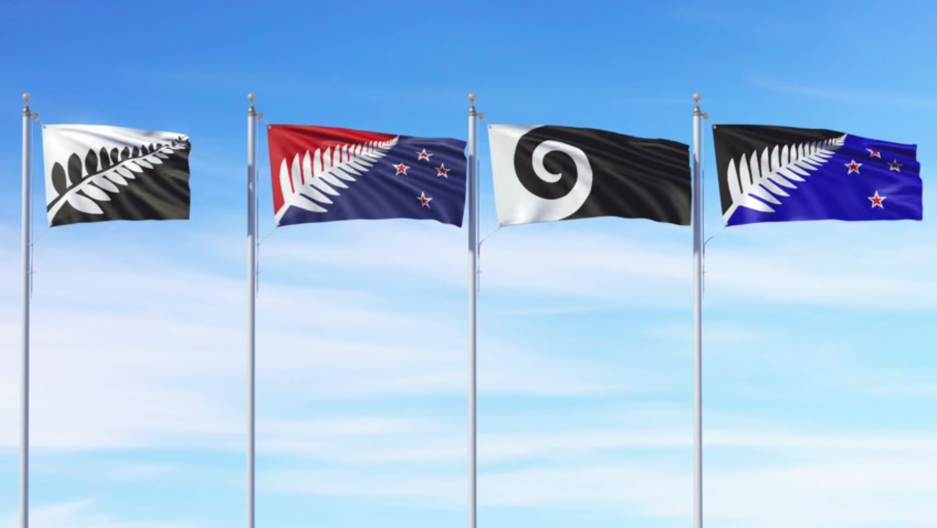 A panel in New Zealand has now whittled hundreds of crowdsourced national flag submissions down to four. And if this Guardian live feed of the unveiling is accurate, the Kiwi’s aren’t happy.

Overall, the final four is lacking in variety and creativity. While I agree a fern should be on the final iteration of the flag, there are at least two identical fern concepts. This reeks of design by committee. Get enough people in a room and soon something that is good to average is now not.

It shows New Zealand’s process is missing a critical step in the design process: refinement. What would have been great to see is for the panel to send more than four concepts back to the original designers (or to a professional designer) with feedback. This way improvements could be made before selecting a top four.

One flag option that is surprisingly missing from the four is the black silver fern flag. This was my preferred alternative — and that of PM John Key's as well. But recently Key has had a change of heart, now favoring the silver fern flag with more traditional colors. It's suspected that he changed his mind because of its resemblance to the flag of ISIS. But, I ask, why not take back black?

New Zealand is set to fly a new flag. Check out some of the proposals.

Here are the top four:

The Silver Fern is the best of this lot and in my opinion the only one that is better than the current flag. It was in my top four and I should add it would make a fine flag for New Zealand. If it’s not chosen? Welp. Perhaps the panel wants this flag so bad, they picked three mediocre alternatives just to ensure it gets picked. I’ve heard crazier thoughts!

The previous two are the same flag, from the same designer, in different colors. This is where refinement would have been helpful. There is just too much going on. I’m reminded of HBO’s The Wire season 3 when Councilman Garcetti, who plotting to become a white mayor of Baltimore, encourages his buddy Councilman Gray to get into the mayor’s race to split the black vote between Gray and the incumbent mayor. It’s his only chance to win.

It’s the only logical explanation for including both these flags. Split the vote so neither of these alternatives wins.

Last and certainly least there is the @hypnoflag. This gif says it all:

Do you think New Zealand would be well-served by any of these final four flags?