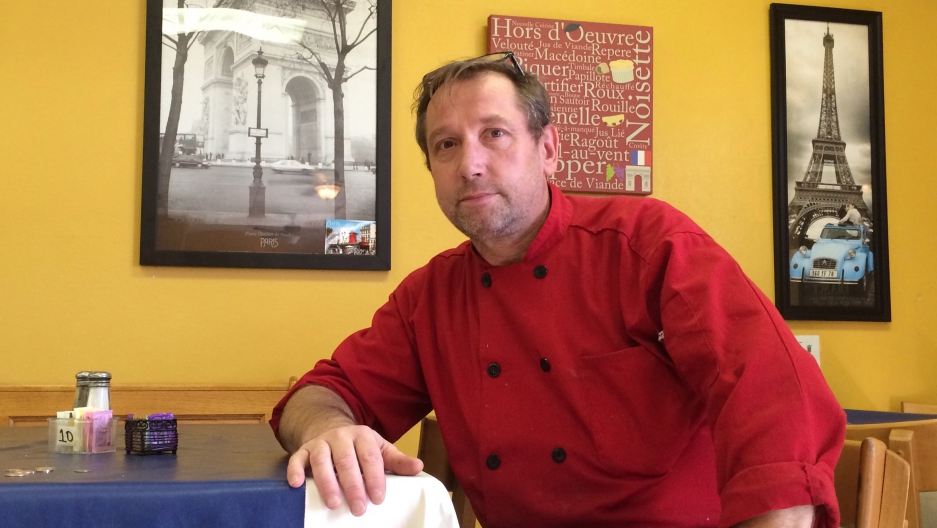 French cuisine was hard to find in southern New Mexico before Theirry Marceaux opened “Le Rendez-vous Café” in Las Cruces eight years ago. Now it’s a different story. The place was packed on a recent weekday at lunch, as Marceaux wandered the dining area in a black chef's uniform and greeted his customers.

"Bonjour Simone, comment ça va?" he said to Simone Kaufman, who was halfway through her plate of beef bourguignon. Her thoughts were already on dessert, though.

"I just came back from France,” she said. “The pastries smell the same, they look the same way and taste the same way, so that's good." 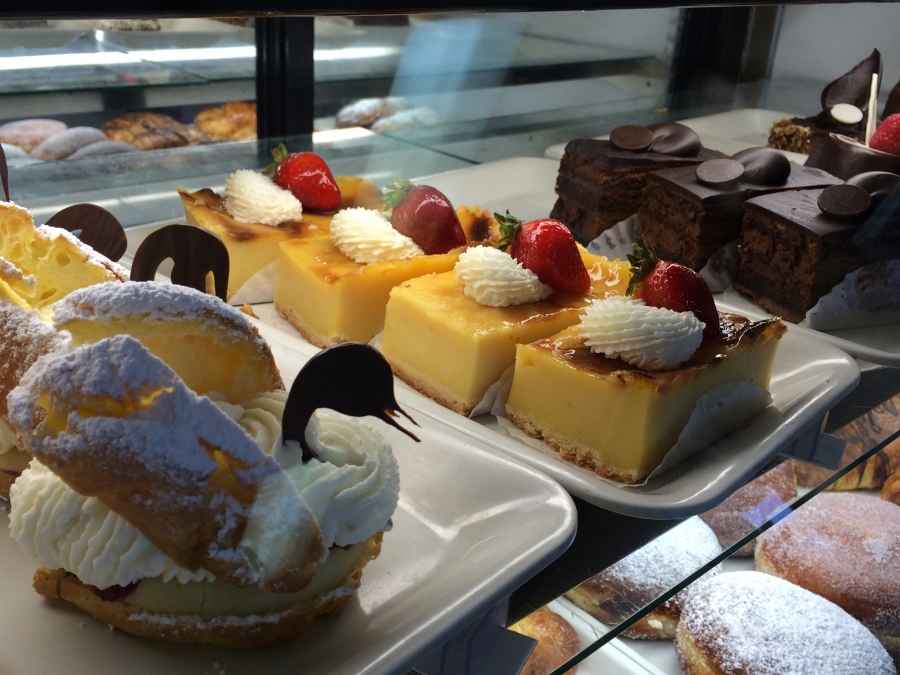 Marceaux grew up in his father's bakery, which was in a ski resort in the southern French Alps. As a teenager, Marceaux spent winters on the slopes and summers in front of an oven training to become a pastry chef. When he finished school, a friend told him he could find work in the US.

That's how he ended up in New Orleans. He arrived on Mardi Gras week. “I feel like I was in a Disneyland, you know?” he recalled.

Eventually, Marceaux ended up as head pastry chef at the historic Fairmont, known today as the Roosevelt Hotel. The century-old landmark has hosted the likes of Elvis Presley and a handful of U.S. presidents.

In 2005, Hurricane Katrina hit. Hundreds of people decided to ride out the storm in the hotel. Which meant Marceaux had a challenge on his hands.

"So I decide to bake pretty much everything I have in my fridge,” he said. “Mostly cookies and brownies, stuff that has a shelf life. I wasn't going to make a cream puff."

Marceaux also sent up hundreds of chocolate truffles to the guest rooms. It made for a festive mood in the hours before the storm hit. Overnight, the staff drank champagne at the hotel bar. But the party ended when the levees broke and the hotel basement flooded. 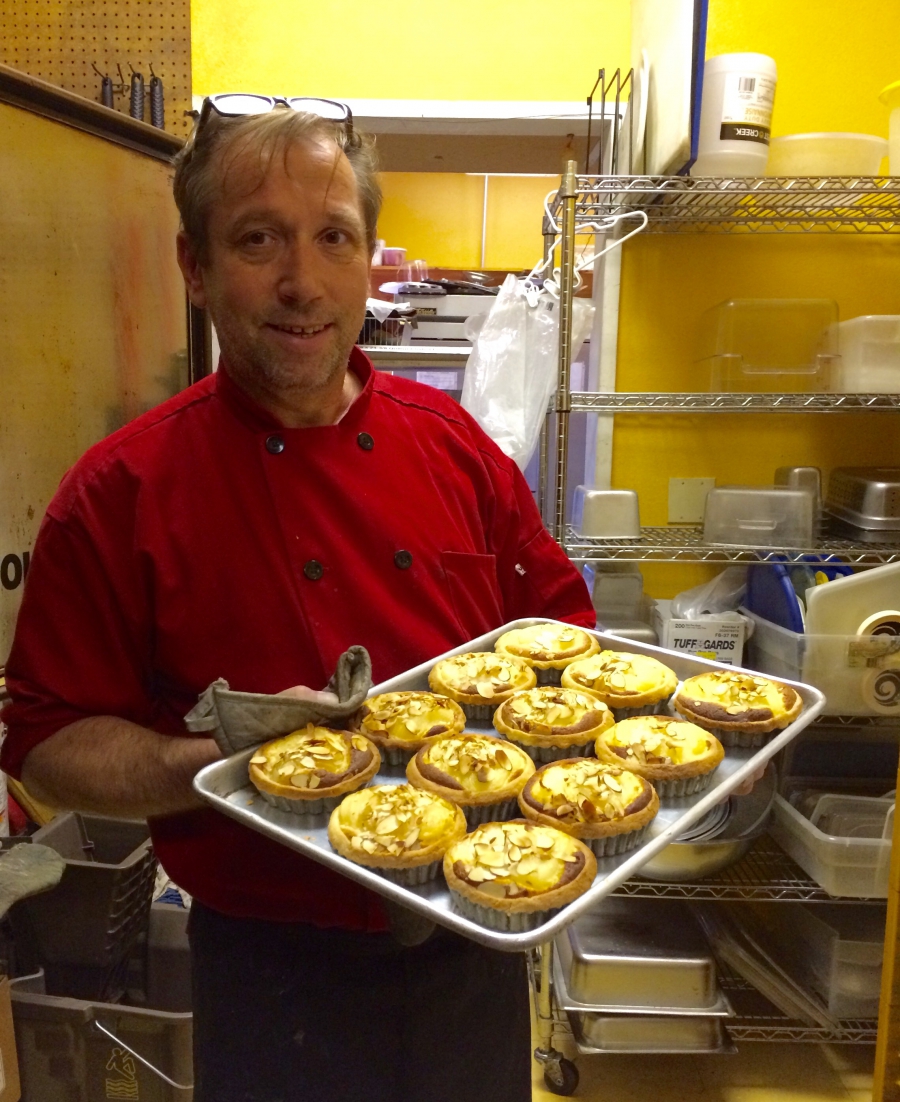 Chef Thierry Marceaux with a fresh batch of pastries.

"The whole heart of the hotel was in the basement, and the hotel was dead after that. No more air conditioning, no more nothing.”

Outside the hotel the floodwaters rose between one and two feet, enough to strand almost everyone inside. Marceaux said some of the wealthier guests used their cell phones to call a private helicopter service to pick them up.

The hotel began to evacuate the remaining guests and staff two days after the storm. Marceaux came back two weeks later and visited his home for the first time. What he saw was shocking.

"There was no life around. I opened the door — it was so quiet. There was no birds, no nothing. Like a no man's land, like an atomic bomb, you know, and everything is dead."

Katrina not only shut down the hotel. It had destroyed his home. That was the end of Marceaux’s life in New Orleans. So he left.

A decade later, he’s found refuge in an unlikely place: New Mexico. His restaurant in Las Cruces is in a strip mall, across from a Walgreens and a Subway. Not exactly where Marceaux imagined himself after working in a five-star hotel.

But when he walks from table to table each day he’s rewarded with warm smiles and familiar faces. “This lady over there, she's been coming every day at 12 o'clock for the last 7 years,” he said. “You cherish that. It’s something special, you know? I never feel that before.”

In New Orleans, Marceaux served his pastries to the Saints football players. In Las Cruces, he makes carrot cake for a pastor’s 60th birthday party. He doesn’t worry too much when his teenage kids go out with friends. And, on Sundays, he plays soccer at a neighborhood park.

"The life I used to have before and the life I have now [are] completely different,” Marceaux said recently, thinking about how Katrina altered the course of his life. “Maybe it changed my life for the better."