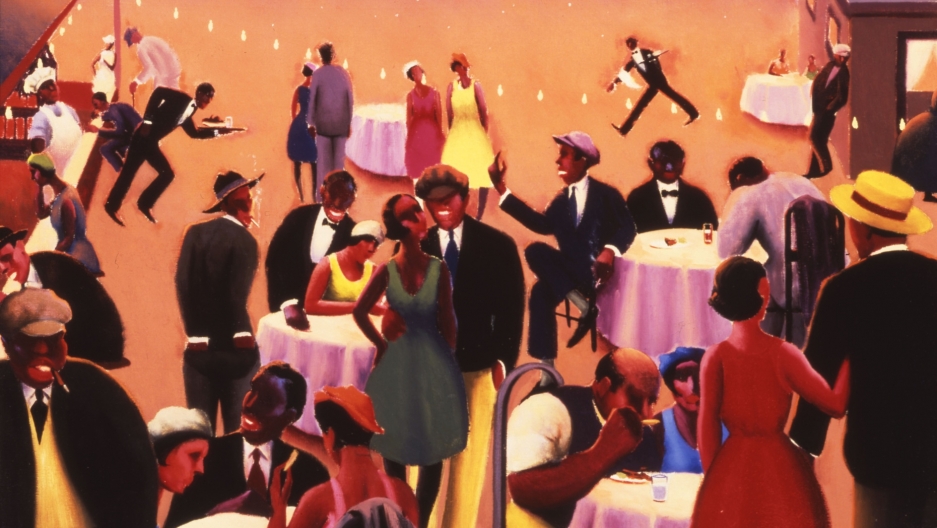 Courtesy of the Chicago Cultural Center

One of the major artists of the Harlem Renaissance never actually lived in New York.

The painter Archibald Motley, Jr. called Chicago home for most of his life. That's where, starting in the 1920s, he became inspired by a vibrant South Side nightlife that is largely forgotten today. Many of these paintings are on display now in the exhibitArchibald Motley: Jazz Age Modernistat the Chicago Cultural Center through the end of August. From there, the show travels to the Whitney Museumin New York this fall.

Motley was born in New Orleans in 1891. A few years later, his family moved to Chicago where his father worked as a Pullman porter. Motley had a middle class upbringing in Englewood and eventually attended the School of the Art Institute.

But Motley soon began to paint not just his neighbors, but the neighborhoods themselves. Powell points to Motley's depiction of a bustling Bronzeville block in Black Belt from 1934. "'Black Belt' was a sociological term that folks at the University of Chicago used to describe that part of Chicago where black people lived," Powell explained. "[Motley] transforms it because there's nothing all that black and bleak about this painting." 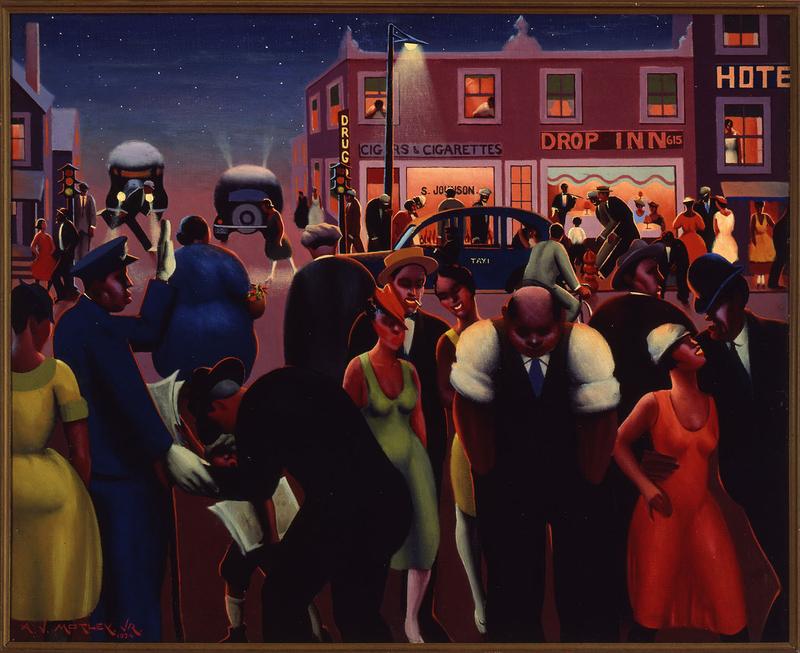 Black Belt's vibrant street scene is crammed with men in dark suits and women in bright dresses. Curved black cars cruise under neon signs. According to Powell, Motley captures an energy that no photograph of that era could. "I love how we get in the background, the sky and the stars in the sky. But rather than getting horizon lines, he just blends it. We move from that wonderful blue sky to the mauve of the sidewalk," said Powell. "It's a hint that this is not Realism 101. This is expressionism."

See the fullstory over at WBEZ.