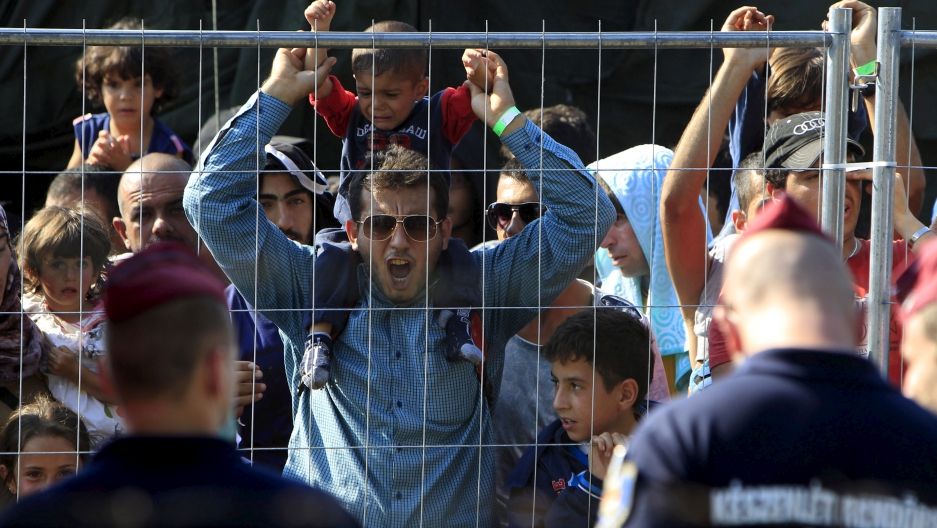 This week, tragic developments in Europe’s migrant crisis made headlines worldwide. Now activists and migrants are hoping that change will finally come to the policies of the European Union.

In Austria on Thursday, the bodies of 71 people — likely Syrians fleeing the civil war in their homeland — were discovered in an abandoned truck near Vienna. Meanwhile, 200 migrants from Africa are feared drowned after two boats capsized in the Mediterranean.

This crisis has continued for years — but these tragic events bring the scale of the suffering into clear relief.

One of the routes used by Syrians fleeing civil war is the highway connecting Serbia and Hungary. César Dezfuli, a photographer and journalist based in Spain, was recently conducting interviews with an asylum seeker in Belgrade, Serbia.

To his surprise, during the interview a human trafficker walked up and offered a ride by truck to Vienna — the same type of transport that just led to 71 deaths in Austria. “He thought that I was a refugee as well, so he was offering it to both of us.”

“Listen to me,” said the man, who called himself Alex. “If tonight you come, tomorrow about 1 p.m. you are in Vienna. That is about 20 hours.”

The price? 1,000 Euros per person — and a lot of personal risk. The trafficker openly admitted that there’s a strong chance of getting caught. “That is the luck,” he said.

Refugees are expected to ride by truck to the border with Hungary, walk across the border by foot, and then board another truck to Vienna. This trip used to cost 200 Euros, but a rise in migration means a rise in profits for traffickers.

“He was saying that there is every day more and more people passing by there. They know there is more demand,” Dezfuli added. Trafficking groups span several countries and can be quite organized, said Dezfuli – and they’re just one more reminder that the European Union needs to act.

He’s not alone in demanding that. The White House said today that Europe needs to crack down on smugglers like Alex, who profit from the desperation of refugees. And that Europe must find a way to create a safe passage for refugees fleeing violence.

"We need a combination of measures," she said. "The big picture is that Europe will have to acknowledge that it cannot hide away from the largest global refugee crisis since WWII. It will have to accept, fundamentally, that more people will need to be able to receive protection in Europe."

Van Gulik called for safe and legal routes into Europe for refugees. Those who have already arrived, she said, need to be treated with respect and dignity. That means no fences. No tear gas. And actual places to live.

These needs will only become more urgent, Dezfuli pointed out. “Winter is coming. There is already a humanitarian crisis, but it will be worse.”

Some countries are actually stepping up to deal with the crisis. She lists Germany as one such country. "For example, the Syrians who come to Germany will not be sent back to any other country in Europe. They clearly declared that, and that's an incredibly important example. Sweden has taken in a relatively large amount of people."

Still, those kinds of comparisons can be difficult to make.

"If you think about it, Greece is struggling. They are failing. They have their own responsibilities. They need to treat these people with basic care, basic respect But it's also a country completely crumbling. So it's a little bit tricky,” she said. “It's very, very difficult to say which ones are failing because, to be honest with you, collectively the entire European Union is failing.”