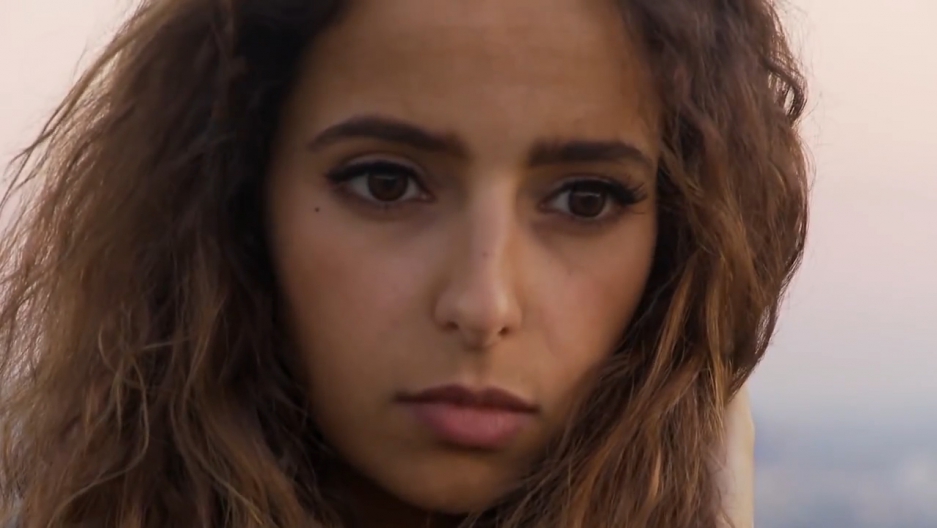 Tarabzouni grew up in Dhahran, on the Gulf coast of Saudi Arabia. By Saudi standards, her family was pretty liberal. Unlike most Saudi girls and women, she didn't cover her face when she left the house. Her family spoke English, and listened to Western music.

"My dad was a huge Led Zeppelin fan, he loved the Beatles," she says.

At school, she studied a traditional religious Saudi curriculum. But at home, she was listening to Top 40 stars like Christina Aguilera, Celine Dion. She always loved to sing. "It sounds so cliché, like in a film, but I really truly just sang in my room with a hairbrush."

Concerts in her room were about as far as it could go. A music career was out of the question, for one really basic reason. "The country doesn't allow me to step out of my home and get on a stage uncovered and sing."

In Saudi Arabia, music carries a major social stigma. There's a tiny underground music scene, but for women, especially, it's not like you can audition at clubs or play open mic nights. Instead, Tarabzouni finished school and worked in public relations for a Saudi oil company.

Now she lives in a small apartment in an artsy part of LA where she can meet producers, take voice lessons, and perform live onstage. She's building a professional singing life she could never have back home.

"The biggest limitation that Saudi Arabia puts on us is just they limit the sense of the possible."

Back home, other women were pushing that sense of the possible too. When Saudis protested the ban on women driving in 2013, Tarabzouni joined in, via YouTube. This is her cover of the Lorde song "Team," with lyrics in support of Saudi women's rights.

The video got more than 300,000 hits. Tarabzouni’s first taste of fame. Then came the attacks.

She says, "It's really horrible what people say. Like people will say like, I hope you die, I hope you burn in hell, you're a slut, this that and the other ... I have just two extremes: people absolutely hate me, and then people who are like, oh my God, this is so incredible, you are so inspiring.­"

Those are the people she's singing for; the thousands of Saudi fans following her on Instagram and Snapchat. She says living her dream inspires them to live theirs. "So many people from Saudi just send me messages saying, 'look what I just painted,' or 'listen to the song I wrote.' Little girls that are just really really really excited and believe that it's possible."

Tarabzouni hopes to release her first EP this year. The music business is as tough for her as anybody else, and for now, she's just trying to break in. And she hopes that one day she'll get the chance to perform back home.