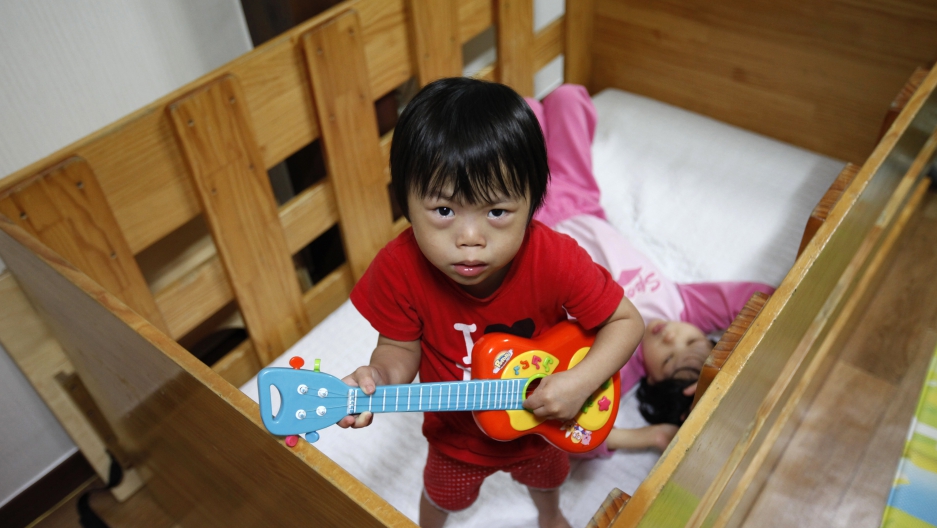 Lee Jin-ri had been abandoned at a "baby box" at South Korean church. The "baby box" is where mothers can leave unwanted infants.  South Korea was the first country to send its babies abroad for adoption.

It was the early 1950s, at the height of the Cold War. The Korean conflict was coming to an end and the peninsula was divided. There were more than 100,000 war orphans, not to mention the thousands of biracial GI babies who were deemed unacceptable to Korean society.

Some of the earliest efforts were taken by American servicemen who had developed personal relationships with the children they met at the orphanages or took into their units as houseboys or mascots, says Arissa Oh, who's written a book about the origins of international adoption.

Oh is a historian at Boston College and her new book, To Save the Children of Korea: The Cold War Origins of International Adoption, details how South Korea pioneered the international adoption model. At that time, there was a drive to remove "GI Babies" from the population — the mixed-race children of US soldiers and Korean women.

"Koreans have this myth of racial purity; they wanted to get rid of these children. Originally international adoption was supposed to be this race-based evacuation," Oh says. American missionaries and humanitarian workers were also "broadcasting the plight of these children to Americans.

Another incentive was that the United States wanted to show the world that it was not racist, she says. "This was an important part of Soviet propaganda, and one way they could show this ... was by bringing these children to the United States and rescuing them."

But America wasn't free of its own domestic troubles. This took place before the civil rights movement and the country was still deeply segregated.

Harry Holt and his wife Bertha were Evangelical Christians who took an interest in the GI babies. They went to a meeting at World Vision — a Christian humanitarian organization that was started out, says Oh.

They were touched by the plight of the orphaned babies and decided to adopt eight South Korean children, adding to their already large brood of six biological children. "Upon reading the bible, Oh says, the couple decided that "God had called them to establish an adoption agency, which they did in 1956." Holt International Children Services is the largest international adoption agency in the world.

"Because systems were in place, laws in place... It became an easier way of removing problematic children," says Oh. Problematic being mixed race or poor children.

Since then, South Korea has become among the top nations for sending orphans abroad.