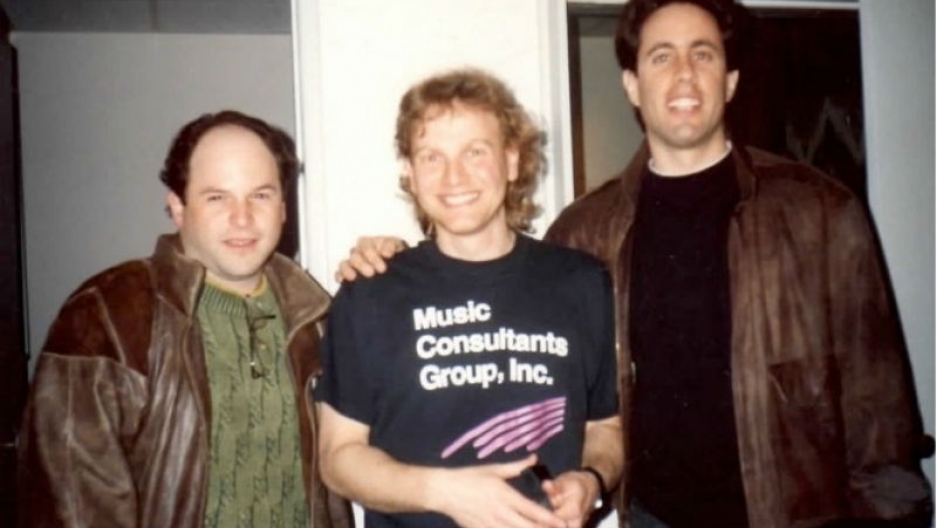 Jonathan Wolff is the Michael Jordan of TV theme songs. He's written over 40, from Will and Graceto The Hughleys. Before hitting it big, Wolff spent a decade as a "multi-purpose utility tool for musical chores" --- being a studio musician, producer, and recording engineer. He even taught Arnold Schwarzenegger how to pretend to play the violin for the little-seen 1976 film Stay Hungry. Eventually, Wolff started composing exclusively, which landed him a gig on the Seinfeldpilot.

The show's producers were having difficulty finding music that wouldn't overpower the comedian's opening routines. "Jerry, you've already given me the melody and theme," Wolff told Seinfeld. "My job is going to be to support you and the organic nature of your voice." Wolff sampled his own mouth noises, slapped some funky bass over it, and the rest is history. He built the theme to be manipulated --- the rhythm of the mouth pops, shakers, and bass notes changed ever so slightly to fit the different monologues that opened every show. Decades later, the internet has begun to manipulate it, too:

In the past year, the Seinfeld theme has been mashed up with songs by Limp Bizkit, Kendrick Lamar, ODB, Evanescence, and Radiohead. Wolff never wrote lyrics for his original theme, but he couldn't be more tickled with all the variations popping up online. "It's like I've been invited to another party," Wolff says. "It's really quite a compliment."

Special thanks to Reed Dunlea, who wrote about Jonathan Wolff for Vice.