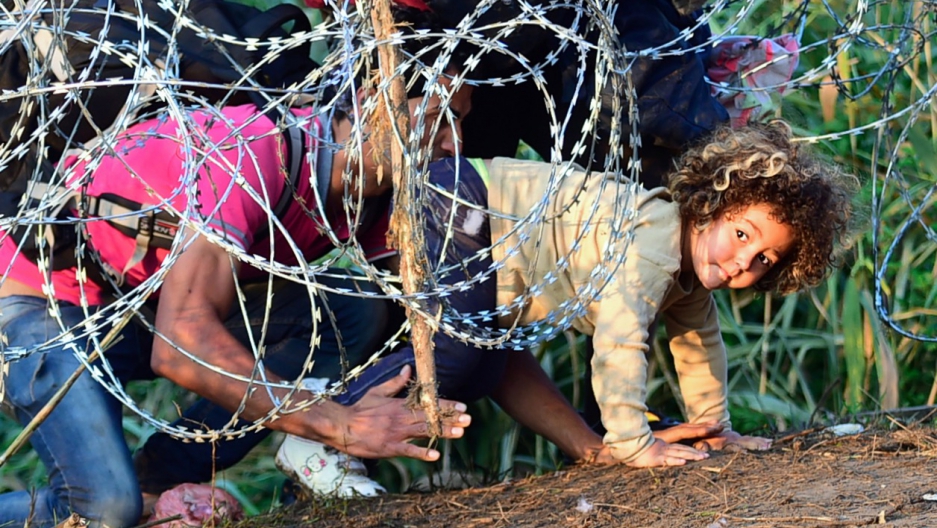 Migrants crawl under a fence at the Hungarian-Serbian border near Roszke, on Thursday.
Credit: Attila Kisbenedek
Share

Hungary’s dogged effort to stop migrants — in the form of a giant fence along its border with Serbia — has certainly been bold.

But so far it is not working. At all.

Migrants, mostly refugees from the war-torn Middle East and Afghanistan, are steadily streaming through as the Hungarians rush to finish the 13-foot-tall fence. In fact, on Wednesday they even set a record for the central European country: 3,241 migrants entered in one day alone, more than ever before.

The downtrodden travelers are managing to climb over or squirrel under the razor-wire that makes up parts of the fence — the very last obstacle keeping migrants out of Europe’s Schengen Area, which has no border controls.

Migration to Hungary has doubled since last year. In Germany, it's expected to quadruple, in what many are calling Europe’s largest influx of people since World War II.

The Hungarian authorities are nervous.

Earlier this week, police fired tear gas at about 200 migrants at a processing center for failing to comply with fingerprinting.

Next week, parliament is expected to debate whether to send the army to the border.

But human rights groups accuse Hungary's authorities of spreading hate against people fleeing for their lives.

This past spring, the UN refugee agency (UNHCR) criticized a dubiously worded official questionnaire essentially asking Hungarian citizens for approval to deport any migrants who entered the country illegally.

"We are deeply concerned by the way the government increasingly vilifies people who have fled from war zones like Syria, Afghanistan and Iraq and who desperately need safety and protection in Hungary," Montserrat Feixas Vihe, the UNHCR's representative for central Europe, said in May.