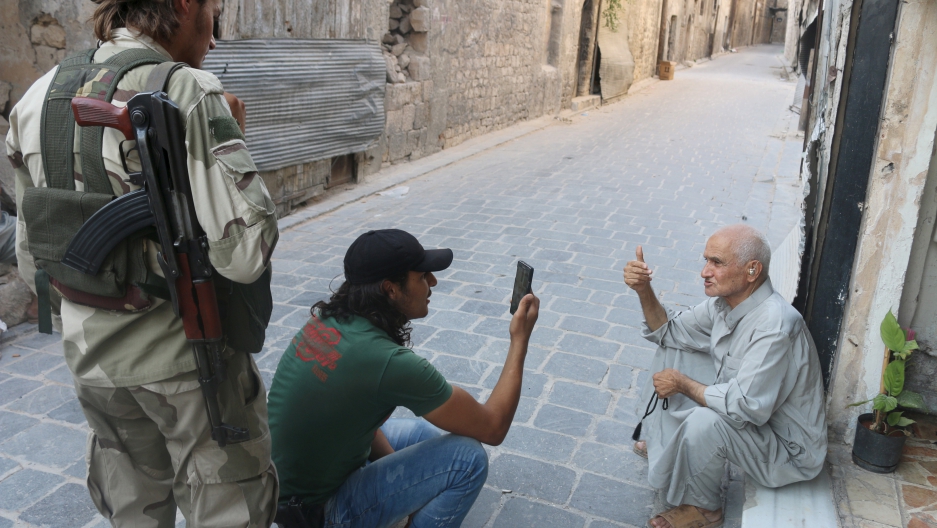 Technology is changing how people survive in war zones. In Syria, smart phones, SIM cards, global positioning apps and social media enable some of the lucky to find food and clean water.

For instance, when a water main broke in Aleppo in July, the International Committee of the Red Cross used Facebook to post a map of alternative sources for clean drinking water. Red Cross spokesman Pawel Krzysike says the response was overwhelming.

"The people interacted. They consumed the information that we gave them, but also they engaged with us," Krzysiek says. "They shared it with their friends. Then they were sending us feedback via comments or by direct messages, both positive and negative, so we could adapt and adjust our responses."

Krzysike says Syrians alerted the Red Cross via Facebook to locales where water taps didn't work, and sought clarification about where boreholes had been tested and where water was safe for consumption. The Red Cross post with information on clean water in Aleppo reached some 140,000 people.

Syrian government and rebel factions have been fighting for control of the northern city Aleppo for more than four years.

Unicef estimates that two million of the city's residents now lack regular access to clean water, often because government or rebel fighters deliberately cut off water supplies. Children are frequently sent to fill jerry cans and bottles for extended families, despite the risks. Unicef reports that in recent weeks three children in the Aleppo area died while trying to collect water for their families.