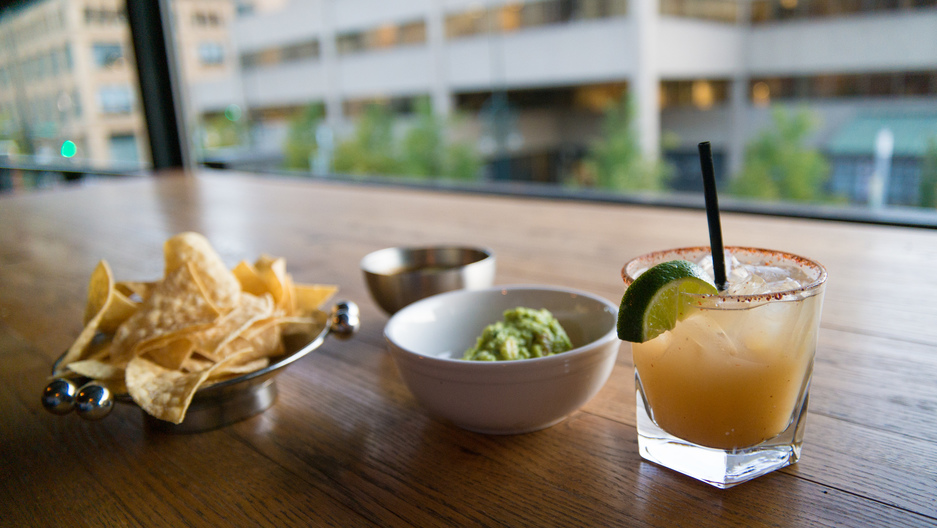 Lime flavor is everywhere, but is especially prevalent in chips and snack foods.

If you go to any grocery store in America today you will most likely find something — chips, soda, beer, or even condiments — that are "hint of lime" or "con limon."

Now it's cucumber-lime flavored Gatorade at the 7Eleven, even a whole section of supposedly Latino-themed beers — all with lime.

"Now you got not only the American companies coming in," says comedian Adrian Villegas, standing in an Austin 7Eleven aisle, "but now you have Mexican companies with [fruit-flavored] Modelo Chelada. You’re already a Mexican beer and you’re trying to make it more Mexican.”

“Five years ago I was in the store and I was looking for Mayonnaise and McCormick has mayonesa and it’s mayonnaise with a little bit of lime in it," De Leon says, "and I thought that was interesting, it was the first time I’ve seen anything specifically targeted.”

Thank the Ottoman Empire for the taco al pastor

Felipe Korzeny, director of the Center for Hispanic Marketing Communication at Florida State University, is right with De Leon on the this point: “Mayonnaise has been particularly successful because they make it like that in Mexico, the mayonnaise that is sold in the stores for many many years before that happened in the US already had lime in it, so I believe it has an appeal.”

After the success of mayonesa, American brands realized there was a whole market of Mexicans and Central Americans who were ready for a hint of lime on almost any food product. “It’s a very cultural thing… it’s ingrained in the traditions. It’s very common to see lime at the table,” says Korzeny.

And it's a lucrative market: Last year Latino Americans spent $1.5 trillion on consumer products in the US.

But Latino Americans are not the only consumers of lime flavoring, the whole country has hopped on board. The owner of the Austin 7Eleven can barely keep his lime products in stock.

"I’m running low on that flavor, I’m waiting for my next shipment in, so the chips, the hybrid Doritios ... Is it Latino kids buying them? No, it’s all kids."