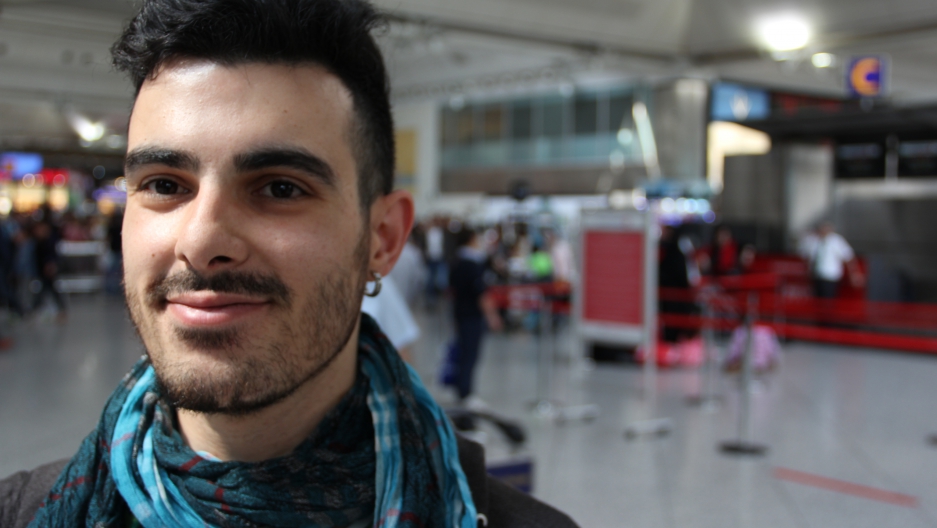 Subhi Nahas is a gay refugee from the Syrian city of Idlib.

Life wasn't easy for Subhi Nahas, as an "outed" 20-something man in the Syrian town of Idlib. Then the militant group al-Nusra seized control and it became unbearable.

"They entered the mosque, and they announced there that they would 'cleanse' the city," says Nahas, recalling events that occurred three years ago. The militants arrested three local men on suspicion of being gay. "I knew before they started that they would take it to another level of violence."

Nahas never learned what happened to the three men. He wondered who would be next.

"I was terrified to go out," he told the United Nations Security Council on Monday at its first-ever meeting on LGBT rights.  "Nor was my home safe, as my father, who suspiciously monitored my every move, had learned I was gay. I bear a scar on my chin as a token of his rage."

Nahas knew it was time to leave. He escaped to Lebanon, and then Turkey. He now lives in the US where he works with the San Francisco-based group ORAM, the Organization for Refuge, Asylum, and Migration.

The al-Nusra fighters held Idlib until earlier this year, when ISIS fighters seized control. And things went from bad to worse. The ISIS fighters targeted the gay community with even more vehemence. They started a "purification" campaign that included throwing gay men off buildings and stoning them to death.

The messages Nahas began getting from gay Syrian friends became ever more frantic.

Nahas says he's no longer in touch with his parents in Idlib. He says he's felt alienated from them since they learned of his sexual orientation.

"They considered it as a disease, so they wanted to find a cure," he says. "They said 'you cannot act based on your orientation, or else you will not be our son anymore. And you have to cure yourself."

Syria's government has also persecuted gays. Nahas was caught up in a security sweep during a bus ride near Damascus in 2012.

"I became a special target because I was a little bit different, the way I walk, the way I talk," he recalls. "They started to mock me, and call me names, and I was really terrified of what they might do."

Nahas now has refugee status in the US. On Monday, he became the first individual ever to address the UN Security Council on LGBT persecution.

Thirteen of the Security Council's 15 members attended the meeting. Chad and Angola were no-shows.