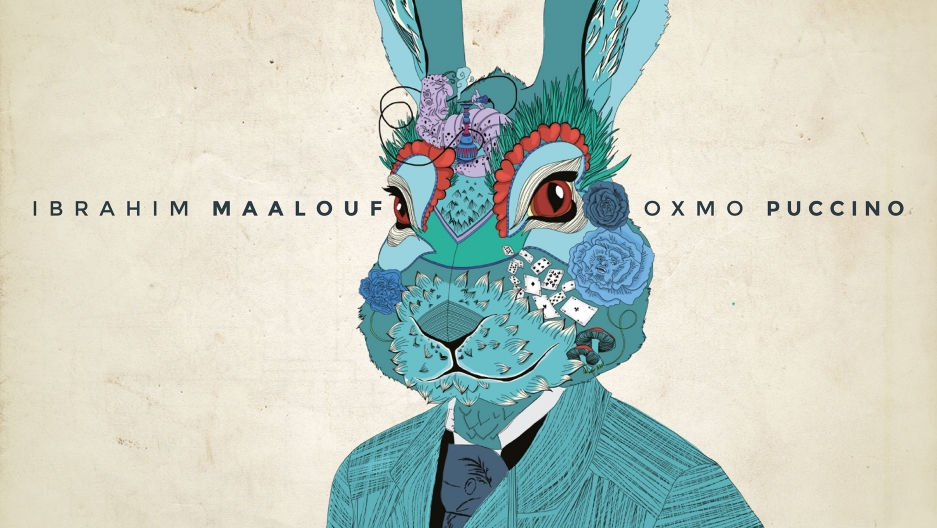 Ibrahim Maalouf says he always loved the story of "Alice in Wonderland" because it's all about the freedom to imagine.

"Alice in Wonderland is like a hymn to creativity," he says. "There's nothing that is less logical than the story of "Alice in Wonderland." Lewis Carroll wrote something completely out of this world. He invented a story that doesn't have any meaning if you just read the story the way it is, but then everything has to be analyzed so that you understand why is he talking about this and it's like he didn't forbid himself anything, while writing."

So when Maalouf was offered the chance to compose a piece for the Festival d'ile de France in 2011, he decided to re-imagine Alice.

The recording of Au Pays d'Alice features Maalouf's jazz band, a classical orchestra, and a children's choir. It follows the same storyline as "Alice in Wonderland" with the same characters. But Carroll's fantasy world is updated to modern-day France through the lyrics of Malian-French hip-hop artist Oxmo Puccino.

Ibrahim Maalouf says even though Alice was written 150 years ago it still resonates for him. "I think we live in a society where more and more things are forbidden and that scares me," he says.

In the past few years, Maalouf says he's been thinking a lot about the climate of intolerance in Europe, and the growing anti-immigrant mood. Particularly in France. "You cannot wear this, you cannot wear that, you cannot think like this, you don't have the right to say this. They try to find solution to the problems and to the crisis through things that divide people, instead of finding solutions with things that unite people."

Ultimately, Maalouf says he wanted to use the story of "Alice in Wonderland" to make a point about the right to express yourself. And in a world after the Charlie Hebdo slayings, it's even more important, he says.