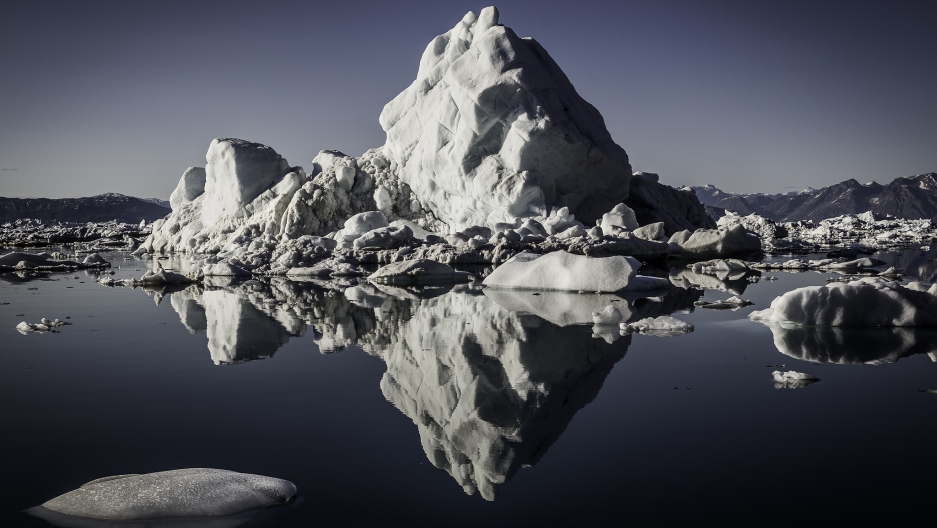 Scientists say the Arctic has undergone unusual, and increasingly rapid change over the past few decades as a result of climate change, including the appearance of the Pizzly bear — a grizzly-polar bear hybrid.

Some of the world's coldest regions have been most affected by warming global temperatures, according to many scientists. Brendan Kelly, chief scientist at the Monterey Bay Aquarium in California is a veteran of Arctic research and has been tracking the recent appearance of the so-called pizzly bear.

“Starting in 2006 I believe, people started encountering hybrids in the wild, and several have been harvested, including one that was second generation hybrid,” says Kelly, adding, “It’s raised a real question — what will be the impact genetically of this rapid change in Arctic environments?”

Kelly also tracks Arctic-dwelling ringed seals, and the changes they’ve been undergoing as a result of climate change.

“What we’re seeing happen is we have these increasingly early rain events and before the pups are ready to be independent, the rain collapses the snow cave, exposing the pup to predators and also to subsequent cold snaps. The temperature gets cold again, now this little pup is lying wet on the ice. And so ironically you have freezing deaths as the result of climate warming,” Kelly says.

George Divoky, director of Friends of Cooper Island, has been studying guillemot birds in Alaska for 40 years. He says he has noticed an accelerated change in climate over the last decade.

“One needs long-term datasets to really look at change,” Divoky says. “I studied black guillemots — a sea bird on Cooper Island — for 28 years, seeing no major climate change, and since 2003 have seen rapid changes occur, as well as [changes] in snow and ice cover. Snow used to cover the island up until mid-June. This past spring snow melted from the island in close to mid-May. Ice used to be right next to the island and provide food for the chicks that were being fed on the island — there’s a fish that is under the ice that the parents feed on. The ice now pulls off shore hundreds of miles and chicks starve every year now, so I’ve seen rapid climate change occur and happen to have 28 years of pre-data to show how the change is occurring.”

Other scientists in other parts of the world have also been studying the impact of warmer temperatures on sea ice and glaciers.

Fiamma Straneo, a physical oceanographer and senior scientist at Woods Hole Oceanographic Institution has been working from a boat near the Helheim Glacier in Greenland. Straneo has been measuring currents and water near the glacier — one of Greenland’s largest — and she says Helheim began picking up and moving faster about a decade ago.

“Picture Greenland as a large block of ice sitting on land and it’s been melting and each year it melts a little bit more than the year before. And just to put it in perspective, Greenland alone has caused sea level to rise about a third of an inch over the last 20 years,” Straneo says.

With scientists sounding the alarm about climate change, many have have been disappointed by the limited scope of President Barack Obama’s recently announced Clean Power Plan. The plan is supposed to cut carbon emissions in the US by 32 percent of their 2005 levels by the year 2030.

“It’s both important and insufficient,” Biello says, “It’s important in that it’s the first real thing, the United States has ever really done to clean up CO2 emissions from power plants, and that is the single largest source of our CO2 pollution. On the other hand, it doesn’t go anywhere near far enough in cleaning up that CO2 pollution to meet the kind of internationally agreed goals for holding back global warming.”

Still, at the intersection of geopolitics, and global warming, many hope the plan will inspire further change around the world, including in countries like Russia, Canada and Scandinavian countries that share borders with the Arctic.

“There is hope too. With the US action, I guess we’ve signed our credibility to the world, we’ve signaled it, and that’s going to help with international negotiations,” Biello says.