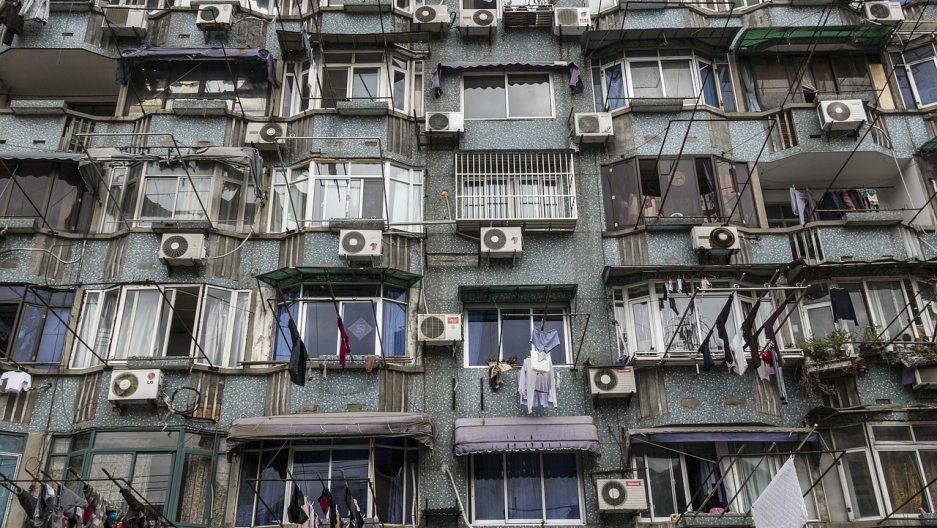 Air conditioning is more common in China than ever before.

The modern phenomenon of air conditioning is something people in much of the developed world have become accustomed to. Now in China, India, Brazil and other developing countries people who have never had A/C are beginning to jump on the cool-air bandwagon.

The 19th and 20th century emergence of mechanized air has had a far-reaching impact on how modern architecture has developed. With global temperatures rising, scientists, architects and researchers are looking for new and more energy-efficient ways to keep people cool.

“Our expectations for comfort, how the building industry was ultimately organized, and patterns in energy consumption and urbanization were all radically skewed when we decided to so enthusiastically engage this air conditioning apparatus,” says Dr. Kiel Moe, an associate professor of architecture and energy at Harvard in Cambridge.

Air conditioning not only lowers the temperature of buildings, it also lowers humidity in those same buildings. The electricity required to power this environmental control, however, is a major energy drain. Michael Sivak, a research professor at University of Michigan in Ann Arbor, has been working on calculating what the increase in energy consumption would look like if everyone in the developing world decided to buy an air conditioner.

Researchers like Sivak and Moe suggest the first steps in stopping the cold air energy drain include developing more efficient air conditioners, and convincing Americans to change their usual pattern of thermostat settings.

“Americans tend to keep their thermostat at about the same temperature all year round. In contrast, Europeans tend to set their thermostats higher in summer and lower in winter. Therefore, Europeans wear sweaters in winter to keep warm, Americans wear sweaters in summer to keep warm. It's very ironic. Turning the thermostat down by 1 percent saves about 2 percent of the energy used,” Sivak says.

“They've been looking at these kinds of immediate body-scale technologies for a long time. One example is a mems device; basically, a kind of heat transfer plate that you place near the back of the neck. It's a lot like putting an ice cube on the back of your neck. You can actually, through the glands associated with that area, quite rapidly cool a body, but also kind of trick your body into thinking it's much cooler,” Moe says. “We should be thinking about the scale of cooling at the scale we want it, which is the body, not the scale of the building or whole cities, which is what we have now.”

But architects are also attempting to tackle the problem of energy-efficient temperature regulation. Some are looking to historic methods of keeping cool.

“The Persians, central Persian landscape in the 1500s, was just almost a desert, right? But they had ice, they had sorbet, they had fruit trees going. Their ability to think in very, I guess, intuitive ways about the thermodynamics of that region, but they were able to develop all these sophisticated architectures that kept people cool, produced ice in the middle of the desert, etc., etc.,” Moe says.

“A lot of it relies upon, let's say, mass. All these were massive buildings, and so they employ radiant transfer. Today, the way that we do some of this is we run cool water through concrete slabs and walls and that sort of things, what we call thermally active surfaces. Through that mechanism, we can heat and cool bodies in a very different way that is much more efficacious.”

“When we develop a technology like air conditioning, as others have said, to develop the ship is to develop the shipwreck. We never really imagine the ways in which these kinds of technologies deprive us. There are many other ways to think about how to cool a body that I think are more ecologically sane, that are more architecturally powerful and experientially more delightful. I think that we have to think beyond just energy efficiency, which has a whole set of scientific problems associated with it, even though it's the dominant means of talking about energy,” Moe says.

This story is based on an interview that aired on PRI's Science Friday.