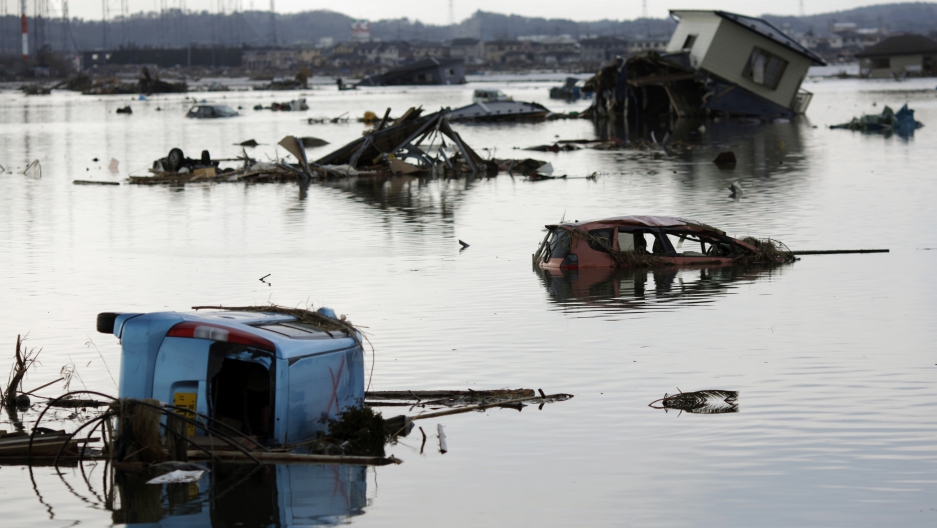 A house and vehicles damaged by the March 2011 earthquake and tsunami, as seen in Ishinomaki, northern Japan.

Ten years ago, Hurricane Katrina was rapidly approaching the Gulf Coast. And just over four years ago, a massive earthquake and tsunami struck Tohoku in northeastern Japan.

Now one researcher is learning lessons from the parallels between those disasters.

Malka Older participated in the humanitarian response to the Japan tsunami. What she saw inspired her to investigate the commonalities between Tohoku and Louisiana.

Older says local residents staged a local emergency response in Tohoku. But locals were hit hard enough that they weren’t even sure what supplies they needed.

“It was really difficult for them to figure out what even they needed — what our capacities would be to help them — because they themselves had suffered such losses,” says Older.

New Orleans had similar challenges integrating local and national responses to Hurricane Katrina. She says most countries agree that “it’s the locals who have to lead response and recovery efforts, which is really important.”

But, she adds, "It turns out to be very difficult to implement when the non-locals come in and have more money and more expertise.”

Older points out another similarity between the disasters in Louisiana and Japan: Both were worsened by man-made failures. In New Orleans, faulty levees left much of the city underwater. At Fukushima, a nuclear meltdown added a new and dangerous dimension to intense flooding and building collapses.

According to Older, there are some useful lessons in these comparisons. Also, Japan could glimpse a bit of its future in New Orleans.

“It’s never going to be exactly the way it was before,” says Older. “This is a progression, and it's going to lead to something different. Hopefully something that will be good for the people who have suffered through this terrible disaster.”