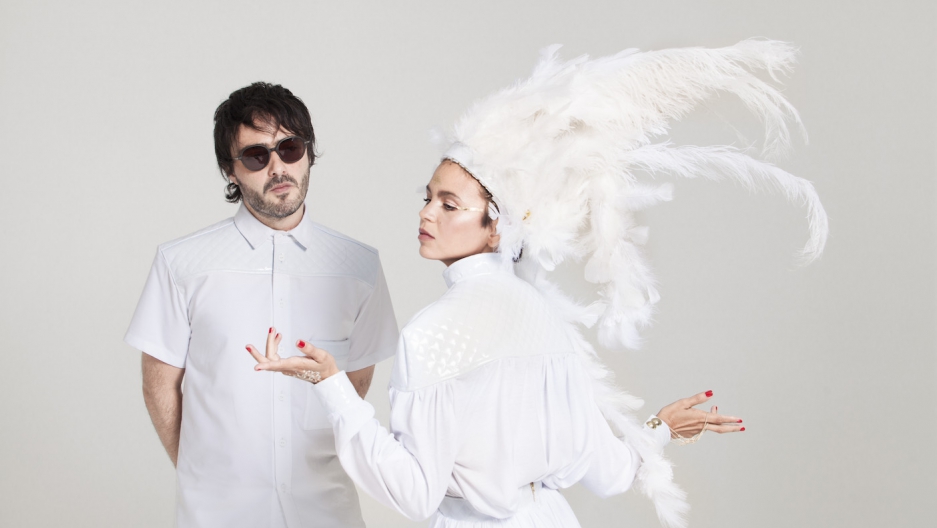 On tour. Non-stop. Twelve concerts in one week. That’s what singer Liliana (“Li”) Saumet remembers about her first days in the United States. It was in 2009, and the concerts took her band Bomba Estéreo, the wildly popular Colombian group, to Texas and, mostly, New York.

It was the first US tour for the band, which mixes everything from electronic beats and cumbia to African rhythms. Today, the group, which Saumet co-founded with Simón Mejía, performs around the world. But back in those early days, in the US, Saumet remembers the differences between playing in the US and Colombia, especially the idea of playing during the day.

“In Colombia, everything happens at night,” she says. “And here we were playing Central Park in the middle of the day, seeing families, with children, coming out to picnic and catch the show. I loved that. It was so diverse and accessible and free. We’re just starting to see this type of thing happen in Colombia, but I wish we had more of it.”

At the same time, she was struck at how commercial the US festivals were, “with ads all over the place.” It was different than the festivals she’d played in Europe, “more independent, and communal, with all of the artists sitting down to eat together after the shows.” In the US, it was all about the “brands with, Coca-Cola here, and another brand there.”

Next, Saumet settled down, a bit, in Brooklyn (moving between Williamsburg, Bed-Stuy and Bushwick). Colombian restaurants cured some of her homesickness, especially finding suero, popular in coastal Colombia, where Saumet is from.

She fell in love with New York, and “all of the small cities within it … I’d never been in a city so international. That culture mix made such a strong impression on me.”

She also hit small clubs, and recalls her first intimate exposure to hip-hop, dancing until late, experiences that have strongly influenced her singing style. “Back in Colombia, I could only hear two or three different types of music live, but in New York there was hip-hop, punk, rock, all happening on any given night. I was just overwhelmed by the music scene.”

Saumet spoke just before going onstage in Mexico City and playing tracks from their newest album, “Amanecer,” which means “daybreak” in English. 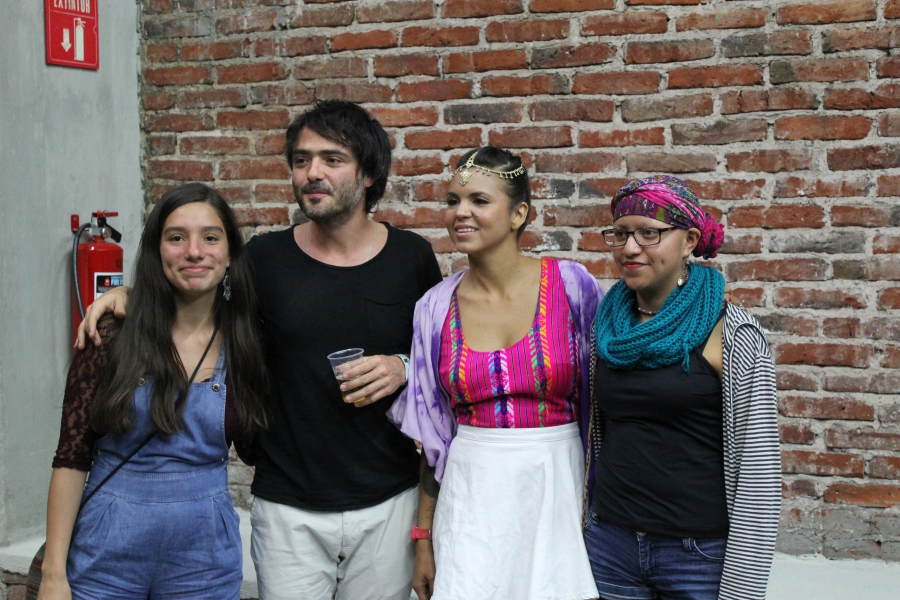 It marks their major label debut (Sony Music), and the album’s dance track, “Fiesta," is a hit.

But before performing that song, Saumet and her band brought out a Donald Trump piñata, which put the audience in a frenzy.

As a foreigner who lived in the US, Saumet says she gets the anger that Trump sparks among many immigrants. But she says she doesn't like to talk about politics. During the Mexico City concert, the band simply placed the piñata onstage and invited someone else, a local fan, to come up and tear it apart. 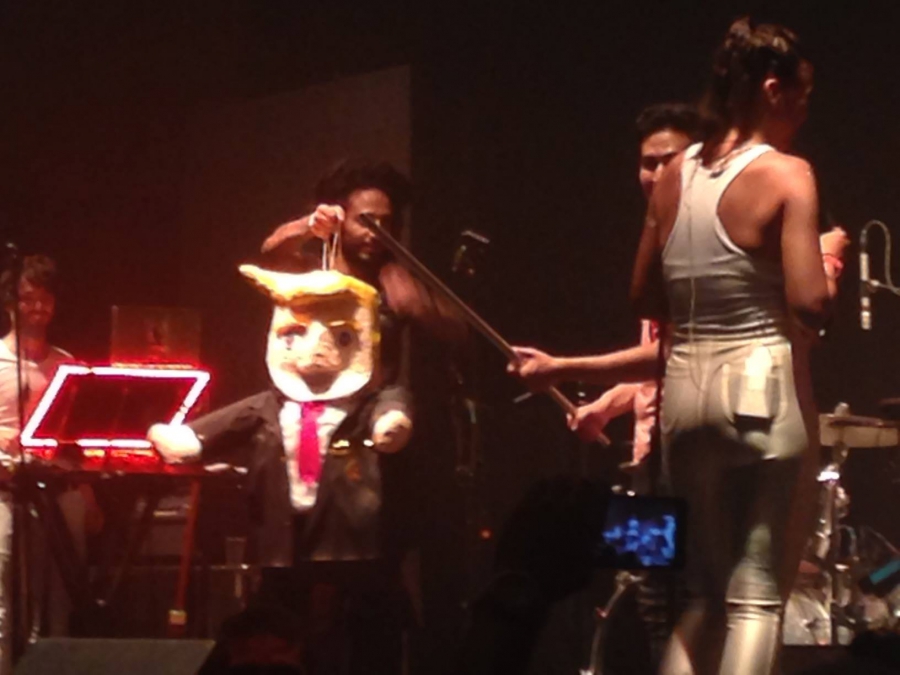 A Donald Trump piñata gets blasted at a Bomba Estéreo concert in Mexico City this month.