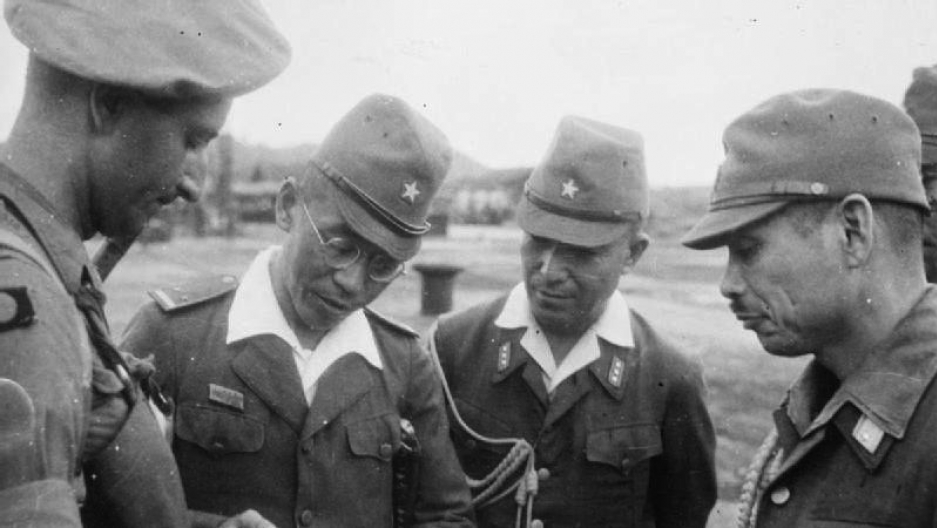 Japanese Army officers confer with a British Army officer after the Japanese surrender of Singapore, 1945.

In the early 1940s, virtually no one in the UK spoke Japanese.

When Japan invaded British-held Malaya and Singapore, Britain's War Office set up an 18-month crash course in Japanese for a group of hand-picked high school students. The graduates of that language program were then sent to Asia to eavesdrop on Japanese military communications. Their wartime contributions weren't decisive, but this group of young men came into their own in the late 1940s and 1950s, when they helped shape postwar Japan and its relations with the West.

Listen to the podcast above or read more here.