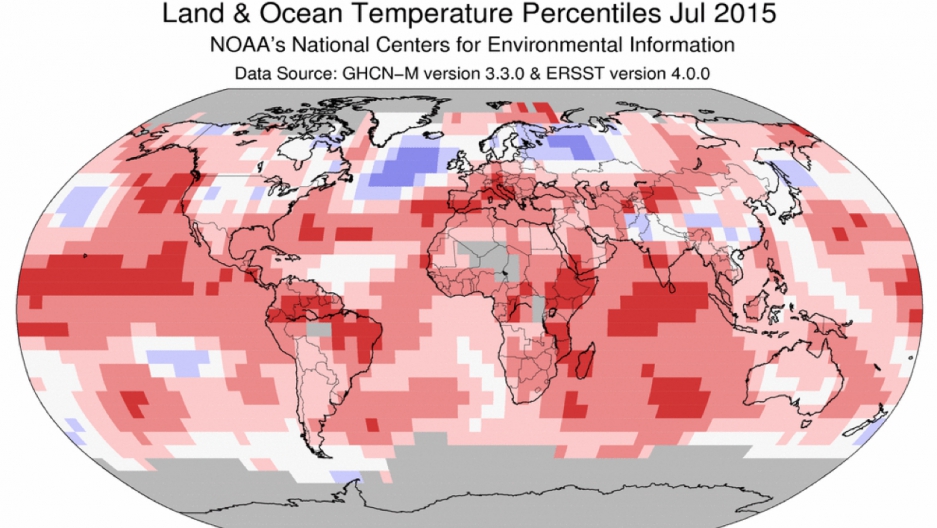 So there's a new climate report out from the National Oceanic and Atmospheric Administration (NOAA). Which do you want first — the good news or the bad news? LOL jk, it's all bad news!

The NOAA has confirmed that July 2015 was the warmest month ever recorded on Earth. The average temperature across the Earth's land and ocean surfaces was 61.86 degrees Fahrenheit — 1.46 degrees warmer than the 20th-century average, 0.08 degrees warmer than the previous record set in 1998, and the hottest month since humans began recording global temperatures in the 1880s.

The findings verify preliminary data released several days ago by NASA and the Japan Meteorological Administration. The year-to-date numbers are just as worrying.

It might be a good idea for you to bookmark NOAA's report so you have it handy in the winter, when people start saying things like, "What global warming? It's freezing outside!"