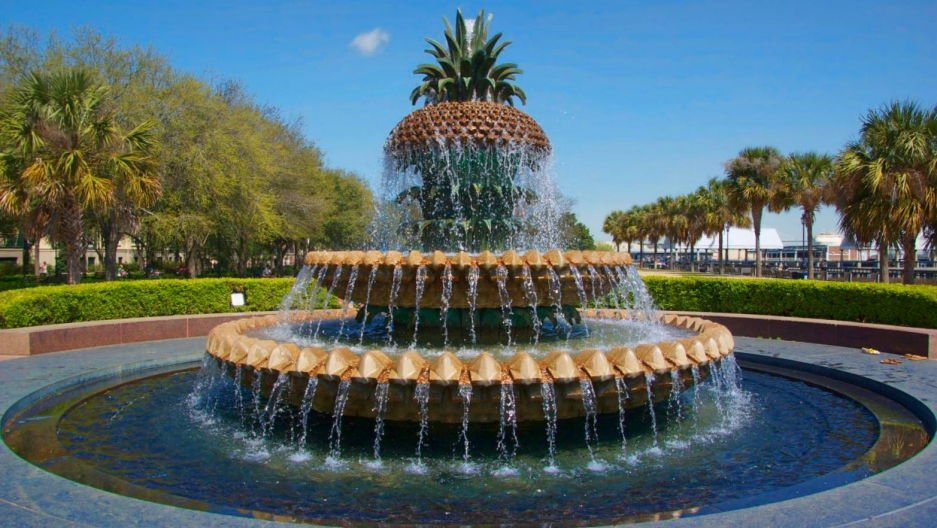 When we launched our latest Redesign project, we decided to work with a Dallas design firm to see if we could come up with a new visual iconography for the South --- a representation of the South as it is now, rather than a flagthat stands for slavery and white supremacy.

We asked you for your comments, and you responded. One listener wrote "I genuinely wonder what led you to believe that designing a new symbol of the South was wanted or needed." Many people pointed out that the South already has a flag --- the American flag. But plenty of listeners were happy to start brainstorming right away, suggesting everything from sweet tea to pineapples to magnolias.

We called up three listeners to hear their takes on the project --- Angela Sanders, Susan Scher, and Rob Seulowitz. You can read their comments below.

We want to hear from you.Are we on the right track? Tell us in the comments below.

"I went to school in Williamsburg, Va., and I saw pineapples carved into a lot of furniture. I was told it was the symbol of Southern hospitality. Or the southern symbol of hospitality, I was never clear on which. But it's pineapples and south. Was that not true? Couldn't that be the symbol?"
--- Susan Scher;Owings Mills, MD

"FWIW, I am from "the south". I was born in SC. I think it is time to stop differentiating the "south" from the rest of our country. We are one country. There is not a symbol for the northeast, the mid west, or the west. why should the south continued to be separated? time to join the fold, boys and girls."
--- Angela Sanders; Conifer, CO

"Any proposed alternative should be a symbol that can be embraced by a wide variety of people as having an exclusively positive value. ...I believe that object is the Guitar. ...The guitar has never been a tool of oppression --- on the contrary, it is the vessel of countless songs --- songs forever associated with American Southern cultures --- of human desire and hope, of cries for freedom and justice."
--- Rob Seulowitz; New York, NY

All comments quoted above can be found here.