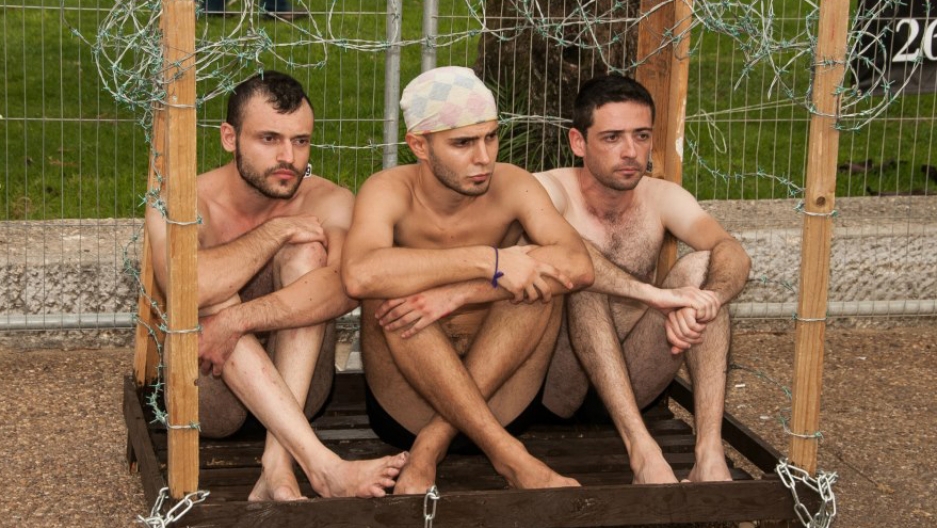 For the most part, Israeli vegan activists are pretty much what you'd expect — Seattle-like grunge or hipster and an eagerness to talk animal rights into the night. But not this bunch. They aren't into talking.

I followed them into the headquarters of Israel’s Egg and Poultry Association in a fancy office building in Tel Aviv. They carried bottles of fake blood and a huge sign with a Holocaust reference that reads “the people here are responsible for the final solution of 15,000 chicks every day.” They have trays full of dead chicks that they grabbed from dumpsters at a chicken processing plant. It’s a gruesome scene.

When they get inside, all hell breaks loose — one secretary tries to lock herself in a side office, but Sasha blocks the door with his foot and barges in with a platter of chicks. Down the hall, a couple of activists manage to break into the CEO’s office. They pour out buckets of dead chicks and squirt fake blood all over his desk. Eventually police arrive and arrest the activists. The group is called 269. They’re a new vegan organization and they thrive on staging shocking operations.

Sasha’s Bojoor, the group's leader, is an unlikely leader for a radical movement. He’s an introvert, even anti-charismatic. “For me,” he said “this is not the lifestyle that I would choose. I’m a very private person, and I like to keep to myself and stuff, so it’s very hard for me to be always surrounded with people and not having space for myself.”

Sasha arrived in Israel as a young immigrant from Moldova. When he was 16, a veganism flier caught his attention. He became so curious that he began to skip school and visit dairy farms, hatcheries and slaughterhouses. He soon became a vegetarian, then a vegan and finally an activist. He wanted to shake people out of their apathy.

But first, he needed a mascot. And he found one — a beautiful white baby calf that was everything you could ever want from a mascot: Cute, photogenic, relatable, and, most importantly, had a short and catchy number branded on his ear. His name: 269

The 269 movement was officially born two and a half years ago in Tel Aviv's main square. Sasha and two other activists, penned themselves in a makeshift barbed wire cage. One by one they were dragged to center stage and the digits 2-6-9 were branded onto their flesh with a hot iron. “I felt like my skin got ripped off, like the skin stuck to the iron and was peeled,” Bojoor recalls. “Very uncomfortable because you can smell the skin boiling.” Sasha went home, bandaged his wounds and uploaded the video of the event to YouTube.

Within two weeks, the video went viral. It got more than 200,000 hits within a couple of weeks. People from all over the world who had seen the clip started to contact Sasha. Other 269 brandings followed — in Bratislava, Buenos Aires, London, Cape Town and many other places.

In Tel Aviv these days, 269 graffiti is everywhere. It’s not uncommon to spot someone with a 269 tattoo. Meanwhile, Sasha’s group is still doing provocative stunts. Like leaving bloody sheep heads on top of public fountains, or staging forced milkings of women with bared breasts. 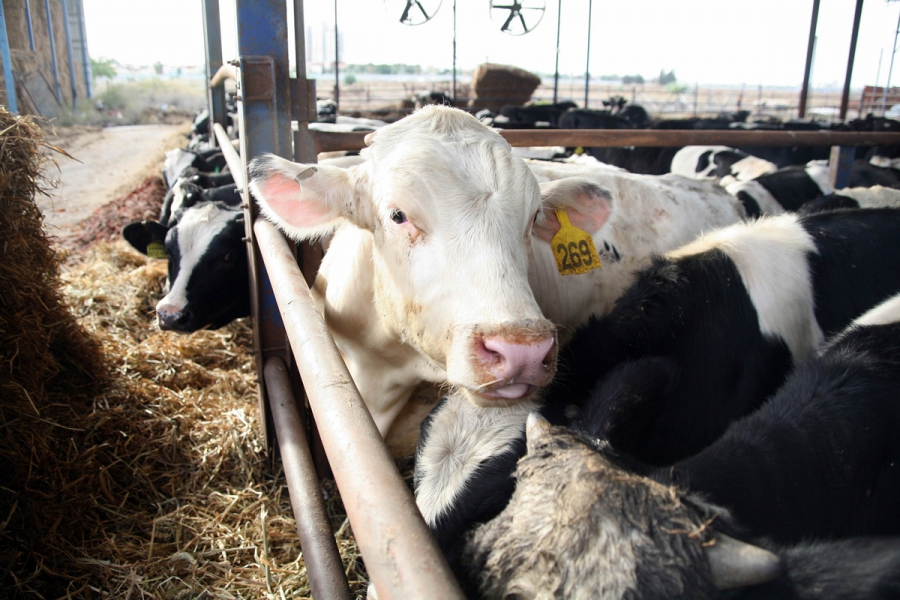 And while lots of people on both sides of this debate get riled up, 269 himself, the cute white calf, is taking it all in stride. A few days before he was due to be slaughtered, 269 was stolen — or liberated, depending on how you look at all of this — by terrorists/activists, depending on how you see the whole thing.

Sasha says he lives peacefully in a secret location in Israel, and spends his days munching grass, totally oblivious to the war raged in his name. Meanwhile, it’s safe to assume all of his brothers and sisters have long since found themselves in our pitas.

A longer version of this story can be found here.