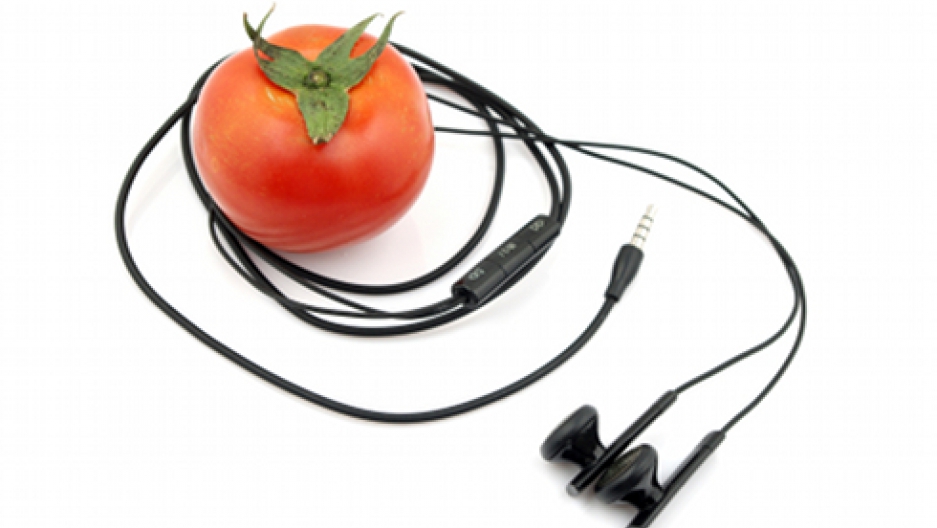 Does sound change our taste? New research suggests it does.

The next time you eat out in a restaurant, consider the sounds around you. Is there music playing? Just the gentle hum of other people’s conversations? Maybe it’s relatively quiet.

Whatever the acoustic atmosphere, it could be affecting how you experience the flavor of the food and drink you’re consuming, according to a growing body of research.

In the last decade or so, restaurant critics in North America began noting that eateries were becoming increasingly loud, says Spence. Some writers, including those at The New York Times and New York City’s Village Voice, began adding noise level as a part of their reviews.

“Those levels do now seem to be above 100 decibels in a number of restaurants,” which, especially for people working there, can damage hearing over time, Spence adds.

But those loud volumes might be doing more than hurting our ears — they might also suppress how we perceive the saltiness and sweetness of foods, according to research published in Food Quality and Preference in 2010.

In the study, the researchers asked participants to eat chips and cookies while listening to white noise at either high or low volumes, or in silence. They found that the eaters perceived saltiness and sweetness as less intense when they ate the food in the presence of loud background noise, in contrast to when they ate it with quieter or no background noise.

“It’s a bold sort of effect, given the right situation,” says Andy Woods, who lead the study and who is currently head of online research at the Crossmodal Research Laboratory at Oxford, which Spence runs. “If you reduce the intensity of saltiness by 20-30 percent, that’s going to have a very significant impact on your enjoyment of the food.”

Woods likens the phenomenon to what happens when you hear loud music while trying to listen to someone speak at a normal level — the music simply drowns out the person’s voice.

On the other hand, some research suggests that, under the right conditions, loud noise might actually enhance certain flavors. For example, one recent study, published in June in the Journal of Experimental Psychology: Human Perception and Performance, found that background noise like you encounter on an airplane — notorious for being extremely loud for passengers, typically reaching around 85 decibels at cruising levels — may in fact boost the taste of umami, a savory flavor known as the fifth taste and found in foods like tomatoes and mushrooms.

“Instead of merely being immune to the effects of loud noise, auditory conditions in air travel may actually serve to enhance this already appetitive and sought-after taste quality,” wrote the researchers, who are affiliated with Cornell University’s Department of Food Science.

This specific study only recreated airplane cabin decibel levels, and didn’t simulate other factors that can be experienced in flight, such as changes in cabin pressure. However, British Airways and a research firm called Leatherhead Food Research ran a study a few years ago and found that umami flavor was enhanced at high altitudes. Another airline, Lufthansa, also found in 2010 that cabin pressure seemed to slightly heighten umami flavoring.

There isn’t enough brain research yet to explain exactly why some flavors seem to be suppressed by surrounding noise while others might be heightened, according to Spence. He says that neurogastronomy — “the study of the complex brain processes that give rise to the flavors that we all experience when eating or drinking” — is still a relatively new discipline, having only emerged over the last decade or so.

Moreover, other studies suggest that it’s not just the volume of sounds that seems to affect flavor — the type of sound might play a role, too.

A few years ago, psychology professor Adrian North, then at Heriot Watt University in Edinburgh, Scotland, set out to see if certain styles of music could influence imbibers’ perception of wine flavors.

“The music was chosen to be ‘powerful and heavy,’ ‘subtle and refined,’ ‘zingy and refreshing,’ or ‘mellow and soft’” — qualities that can also be used to describe wine, explains North, now at Curtin University in Perth, Australia.

Participants drank red and white wines while sitting in a room where one of the four styles of music played softly in the background. When they were finished drinking, they were asked to describe the wine. “What we found was that the ratings of the wine tended to mirror the ratings of the music that was playing in the background,” says North. Furthermore, “nobody mentioned the music.” The results were published in the British Journal of Psychology in 2012.

North says the major takeaway from this experiment is recognizing the role of music in our daily lives. “Music is now part of life, not necessarily a focal object,” he says, like it was when you used to have to sit down in the living room to listen to a vinyl record, for example. “Given that it’s so present these days, it’s just impacting the way in which we perceive the world.”

Spence has also tested how the style of pervading sound influences taste. In 2009, he co-created a seafood recipe with chef Heston Blumenthal at The Fat Duck restaurant in England. Named Sound of the Sea, the dish (which has shifted ingredients over time but is still available at the eatery) is plated on edible “sand” and splattered with what appears to be sea foam. Diners are asked to put on headphones connected to an iPod placed inside a conch shell and listen to a soundtrack of waves crashing or the cries of gulls while eating.

Several years ago, Spence had some diners listen to cutlery noises instead of the beach soundtrack. “Those who had the Sound of the Sea rated the seafood as significantly better tasting or enjoyable,” he says. The experiment (referenced in the Journal of Sensory Studies in 2010) shows how sound might be used to emphasize or draw people’s attention to certain flavors of the dish. In this case, the maritime atmosphere might have accentuated the taste of the seafood, Spence says.

In light of findings like these, North suggests it would be smart for cooks, restaurants, and others involved in food marketing to understand how music might influence the taste of their food.

Spence agrees. “We all think — chef, psychologist, food critic alike — that we can just taste the food on the plate, or the wine in the glass,” he says. “Our experience and our enjoyment of taste and flavors of food at home, in the air, in a restaurant, is as much about everything else as it is about the ingredients and how they're prepared.”

Of course, Spence adds, preference will always depend on the individual, too. But now there are reasons to think beyond the tongue and nose when considering how we enjoy food. “Sound is the forgotten flavor sense. What we hear has a much bigger influence than any of us realize.”

This story first appeared as a blog post from Science Friday with Ira Flatow.