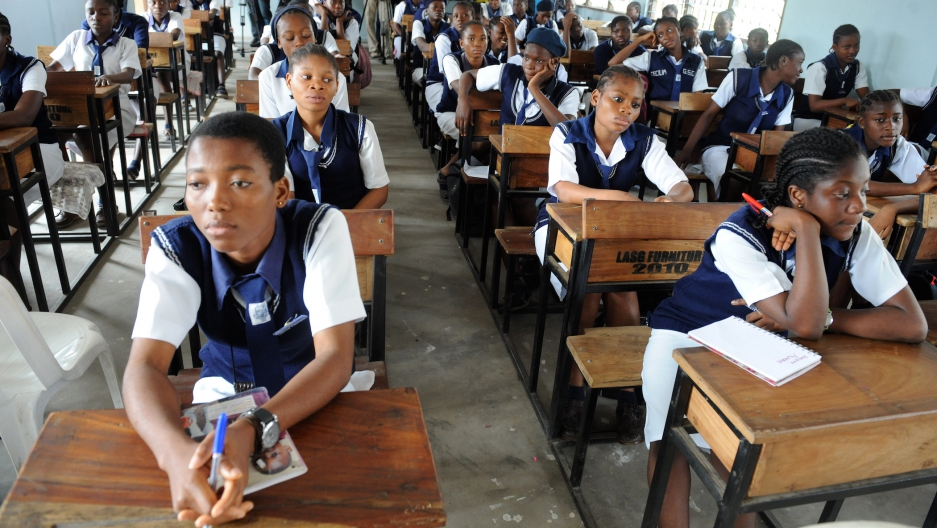 That’s the motivational message from Homecoming Revolution, a recruitment firm aiming to reverse the “brain drain” in African economies by wooing back talented professionals living abroad.

A common path for ambitious Africans involves heading to Britain or the United States for college, earning degrees at top schools — and then staying overseas after being hired by big companies.

Meanwhile back home, a skills gap means that foreigners are recruited at a higher cost to do certain jobs.

Thabo Mbeki, the former South African president who has long touted a vision of an “African renaissance,” told a recent event in Johannesburg that African immigrants to Europe and the United States are among the best-educated immigrants. But this comes at a cost.

“We are the continent that is exporting brains,” Mbeki said.

“Every day and everywhere on this continent, millions of Africans speak of their dream for an Africa that is free of poverty and underdevelopment,” he said. “But the stark reality is that it is impossible to realize this African dream without the trained and skilled thousands whom we lose every year.”

You're an African living abroad. What would make you want to return home? http://t.co/lfpsfGLyZd @HomecomingRev pic.twitter.com/zfe26FZ9rJ

Homecoming Revolution, which describes itself as a “brain gain company for Africa,” previously focused its efforts on South Africans but now also targets expats from Nigeria, Ghana, Uganda and Kenya.

The company says that 359,000 South Africans have returned home in the last five years. For every skilled person who returns home to South Africa, nine new jobs are created in the formal and informal sectors, it says.

“It’s really time that there is a significant wave of Africans returning to the continent,” said Angel Jones, the company’s founder and CEO. “This is the time.”

Part of the campaign involves helping Africans move back to their motherlands, through efforts such as matchmaking events with prospective employers and advice on housing and re-adjustment.

Perhaps the biggest concern about returning — particularly to South Africa — is fear about safety, given this country’s high rate of violent crime.

There is no better place in the world to be young, gifted and African than here

But the campaign also works to tug at the heartstrings, providing lists of “reasons to return” such as the sounds and smells of home, and lines of encouragement from recent “homecomers.”

According to Mbeki, there are more African scientists and engineers working in the United States than on the entire African continent. He estimates that Africa has lost some 20,000 professionals every year since 1990.

Mbeki also cites a figure from the year 2000 that says 65,000 African-born physicians are working overseas in developed countries despite an extreme shortage of doctors in many sub-Saharan African countries.

“The number of skilled people and professionals our continent has lost over the decades – those numbers are truly frightening,” he said.

Despite the rhetoric about reversing brain drain, some economists argue that the flow of migrants out is actually good for Africa, since it leads to a huge inflow of remittances (earnings sent home to support extended family members).

According to the World Bank, remittances to sub-Saharan Africa reached $32.9 billion in 2014, much of the money going to Nigeria. This money can help with development by paying school fees or building a house.

Ndopu, who uses a wheelchair, said that returning has been difficult in terms of access — meaning, it is far more difficult to get around. He wants to help change public policy and urban planning to serve disabled people in Africa.

“The reason why I’m back in the continent is because I feel that I have a moral and political obligation to really amplify the voices of young, disabled people across Africa,” he said.

“There is no better place in the world to be young, gifted and African than here."

Thebe Ikalafeng, a trustee of Brand South Africa, an agency promoting the country, spoke of the importance of changing perceptions of Africa, while also working to create an Africa that is "peaceful and prosperous."

Ikalafeng praised the South African comedian Trevor Noah for his role on The Daily Show, where he is replacing previous host Jon Stewart.

“He’s telling the world that Africa is a continent that is capable,” Ikalafeng said, adding: “Europe has a past but we have a future.”