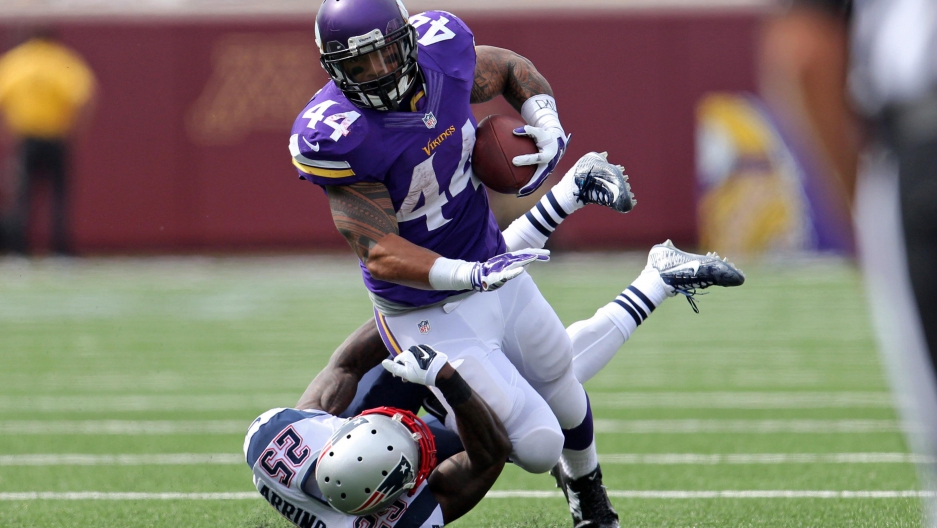 During the run-up to last year's Scottish independence vote, analysts were desperate for any signs of how the vote would turn out — and what the consequences might be.

At the Bank of England, they decided to turn to Twitter to see if there might be a bank run in the event of Scottish independence. In just a few days, they built a system that would analyze Twitter in real time, looking for signals of bank runs by searching for key terms, like "runs" or RBS — a reference to the Royal Bank of Scotland.

This chart shows their results. Unsurprisingly, the spike early on Sept. 15 quickly drew their attention. Was this a sign of a bank run in progress? 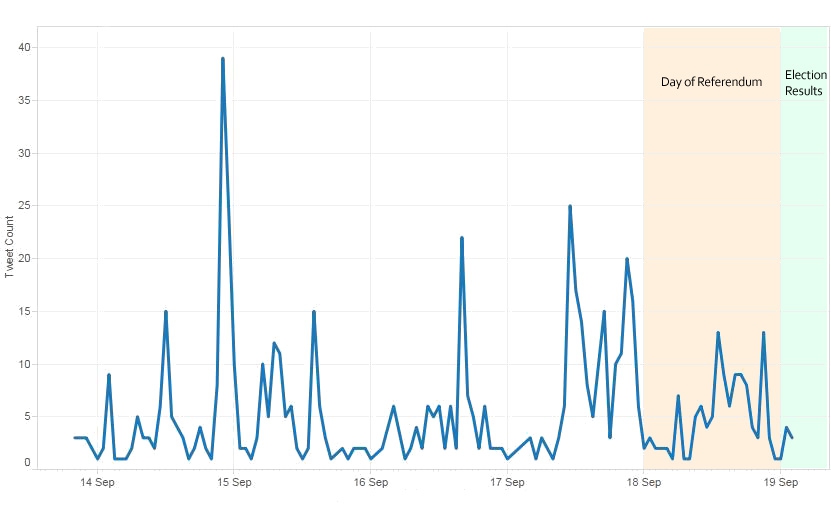 It was not. In those hours, late on Sept. 14 in the United States, the Minnesota Vikings played the New England Patriots and Vikings fans were tweeting about runs and running backs, or RBs. The Patriots beat the Vikings 30-7 and the bank adjusted its search terms so that it only looked for RBS — caps sensitive.

Ultimately, the bank didn't find any signs of a bank run — and indeed there were no bank runs. But the study's organizers say the idea has promise for future research efforts. For example, they think real-time analysis of the term layoff and variants could potentially be insightful.

The bankers wrote up their experience in a post on the Bank of England's blog. The story was first reported by the Wall Street Journal.