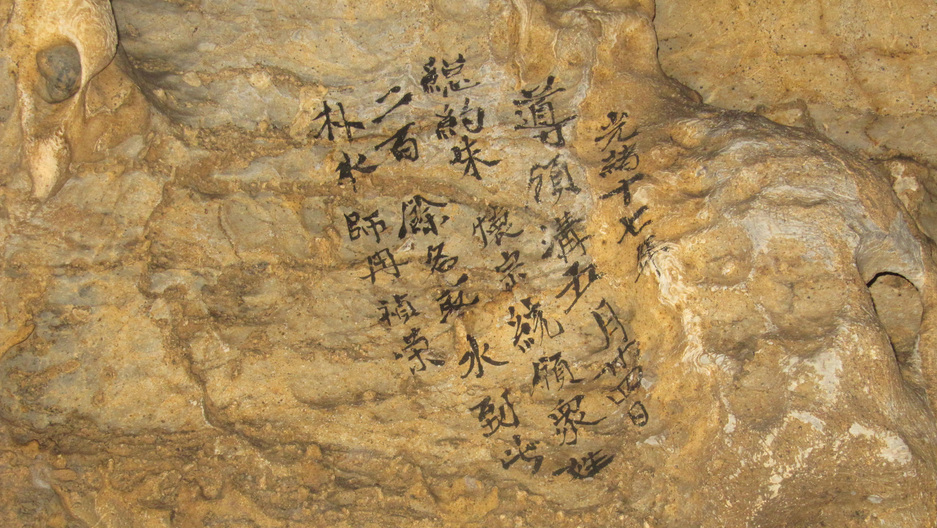 This 1891 inscription describes a local mayor leading more than 200 people to Dayu Cave to gather water. A fortune-teller also came and prayed for rain during a ceremony.

Inscriptions on a cave wall in China are telling the story of one region’s 500-year struggle with drought — and they have helped researchers predict another chapter 15 years from now.

The writings on the wall of Dayu Cave, located in the Qinling Mountains in central China, shed light on conditions during seven droughts, which occurred between 1520 and 1920. According to a paper in the journal Scientific Reports, these droughts had serious societal consequences.

For instance, one of the less severe dry spells occurred around 1596, and the writings say the “mountains [were] crying due to drought.” Previous research has shown that a more serious drought in 1528 led to starvation and cannibalism.

Researchers backed up the information from the writings with data from the cave itself.

In a process similar to examining rings of a tree, scientists measured the isotopes of oxygen, carbon and levels of uranium, among other elements, in the cave’s stalagmites and used that data to figure out changes in climate and moisture levels.

Dr. Liangcheng Tan, the paper's lead author and an associate professor at the Institute of Earth Environment at the Chinese Academy of Sciences, first visited the cave a decade ago and thought the inscriptions were merely poems, according to a report by Newsweek. When he returned in 2009, he took a closer look and realized their importance.

The inscriptions about the droughts were a few of many writings in Dayu Cave, which means people visited often, especially during droughts. Some of the inscriptions mention specific visits, including one in 1891.

“The local mayor, Huaizong Zhu led more than 200 people into the cave to retrieve water. A fortune-teller named Zhenrong Ran prayed for rain during a ceremony,” the inscription reads. Another section describes the same mayor and fortune-teller returning three years later with 120 people. 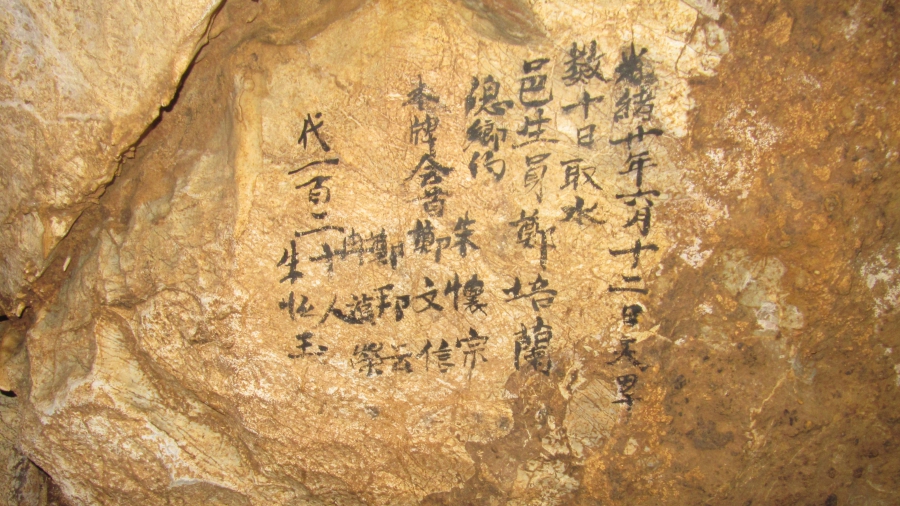 This 1894 inscription describes a slightly smaller group than the one that came to the cave three years earlier to gather water. However, the same fortune-teller led a ceremony praying for rain, as he had before.

“There are examples of things like human remains, tools and pottery being found in caves, but it’s exceptional to find something like these dated inscriptions,” Tan said. “Combined with the evidence found in the physical formations in the cave, the inscriptions were a crucial way for us to confirm the link between climate and the geochemical record in the cave, and the effect that drought has on a landscape.”

Researcjers also used the findings to construct a long-range forecast, which predicts another drought in late 2030. That year lines up with the El Niño cycle, but the prediction based on the chemical makeup of Dayu Cave doesn’t take into account the overall effects likely to be caused by climate change.

Dr. Sebastian Breitenbach, a research associate at the University of Cambridge and one of the paper’s co-authors, says the region is important because it is vital to the Danjiangkou Reservoir, the source for a huge water transfer project and a habitat for many endangered species, including the giant panda. Knowing how the area has adapted in the past to drought and declining rain, says Breitenbach, helps researchers look into the future.

“Things in the world are different from when these cave inscriptions were written, but we’re still vulnerable to these events — especially in the developing world,” he says.