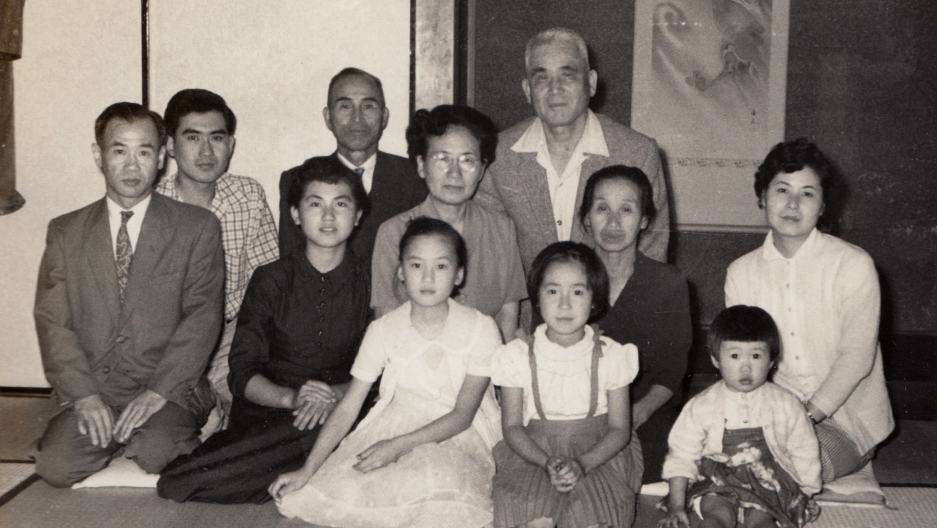 I always thought I knew my grandfather’s story. After all, he lived 98 years, plenty of time to get to know him.

Morio Ikeda, was born on Hawaii’s Big Island, raised by immigrants from Fukuoka, Japan. He was petite, even by Japanese standards, and meticulous to the point of insanity. He was a serious guy, but loved Japanese baseball, especially the Yomiuri Giants.

When World War II broke out, grandpa was in Tokyo working as an engineer and unable to return to America. Meanwhile, the US government — his government — locked up his relatives in internment camps.

Even after the war, grandpa stayed in Japan. He’d met a beautiful woman there, my grandmother, and they had three Japanese daughters, one of them my mother.

I thought he’d had the life he always wanted.

By the time my grandfather died three years ago, I had told his story to many people. I was proud of his uniquely Japanese American story, and wanted people to know. What I didn’t know at the time was how little my grandfather had actually shared, with anybody.

“He didn’t really tell me about his childhood in Hawaii,” my mom told me during a recent conversation.

She grew up in Tokyo and always wondered why her father never moved her, his family, from Japan to the US — his home.

I’ve always wondered, too, but my mom says he never talked about any of this.

But he left clues.

Days after he died, my mom found a large, brown envelope labeled “Important Documents,” while cleaning out his house in Tokyo. Inside, she found his school report cards — faded, but clear enough to make out the Bs and Cs he earned in English and history. She also found his high school diploma, and a passenger list from the S.S. Monterey, a ship he took to California, when he left Hawaii to attend the University of California, Berkeley. 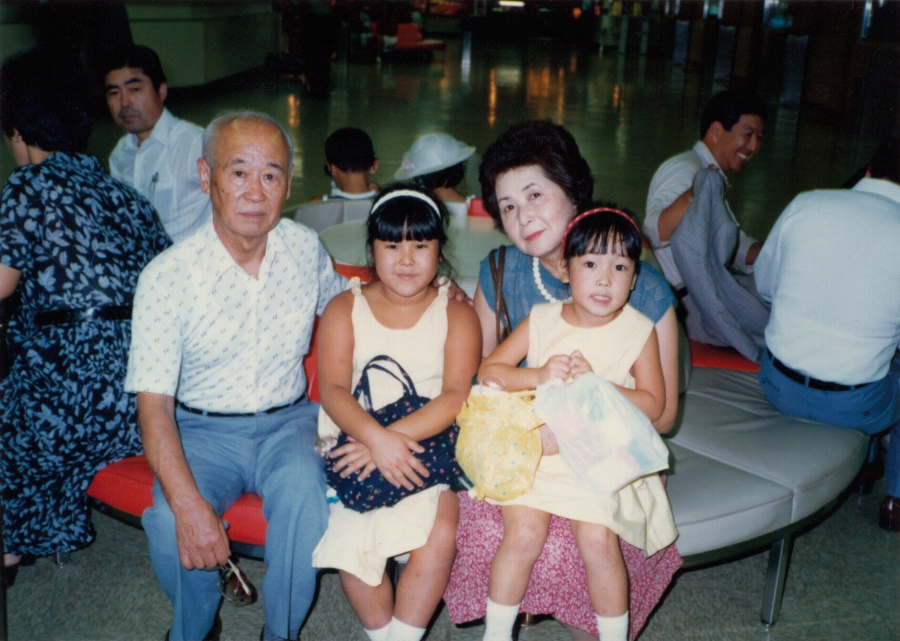 Reporter Akiko Fujita with her sister, Yoko, second from left, and their grandparents during a summer visit to Tokyo. Morio Ikeda, Fujita's grandfather, was Japanese American and stayed in Japan during World War Two.

I was surprised he even bothered to keep the documents. Grandpa never seemed sentimental. Was it to never forget where he came from? And why were these documents labeled important? The discovery convinced my mom and I to go to Hawaii to learn more.

Yoshiko Machida, my grandpa’s sister, was surprised when we visited her in Hilo. Aunty Yoshiko passed away last year, but when we talked to her in 2013, she was 104 — and sharp.

She says life on the Big Island revolved around sugar plantations. My grandpa’s family lived in a place called “8 Mile Camp,” as it was eight miles from Hilo. His dad worked at the Puna Sugar Company, while his mom cooked for all the workers. Her meals were such a hit, she eventually opened a restaurant.

I went in search of the restaurant, but only found a grassy field where it once stood. Disappointed, I stopped by the Hongwanji Buddhist Temple next door, to investigate further. When I told people about my family project, the entire congregation jumped in to share their stories about my grandpa.

It seemed like he lived the simple life. He went to college in California, then moved to Japan to study the language at Waseda University.

That’s when the war broke out.

My grandpa’s nephew, Jimmy Hatanaka, says grandpa never thought the fight between the US and Japan would escalate. “Really, in the United States, in the climate at that point, living in the United States or Hawaii was peaceful. Hardly anybody took the war seriously,” he said.

That changed quickly when the company my grandpa worked for — NKK, Japan’s largest steelmaker — assigned him to the shipyards.

He built warships used to attack the US.

Meanwhile, in Los Angeles, the US government told his family to pack up, and forced them into internment camps.

I’ve always wondered how excruciating it must have been for my grandpa — being in Japan, helping wage war on the US, his home country — while that same country imprisoned his family.

The Great Tokyo Air Raid was a turning point in his life. Roughly 100,000 Japanese were killed that day in 1945, the deadliest air raid in history.

My mom says grandpa was in Tokyo Bay that day, testing a war ship he had built, when American forces firebombed the capital. They wiped out the shipyards, killing most of his co-workers and friends.

My mom says grandpa wrestled with his feelings toward the US and Japan.

Ultimately, he never moved back to America. My mom thinks he couldn’t — not after the US killed so many of his Japanese friends.

I had always thought he put his American roots aside when he started a family in Japan. But the documents, the photos I’ve discovered since his death, makes me think he never stopped longing for the US. My mom says he even tried to teach her the national anthem growing up.

But I hope to continue sharing his story, to anybody who listens. I think that’s secretly what he wanted all along. He just couldn't get past the pain. 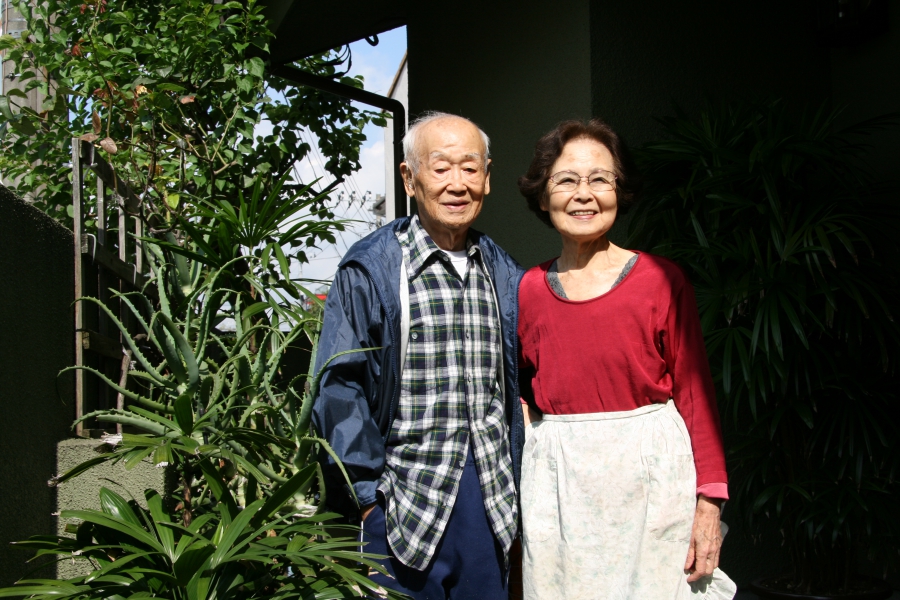 Akiko Fujita's grandparents outside their house in Tokyo.