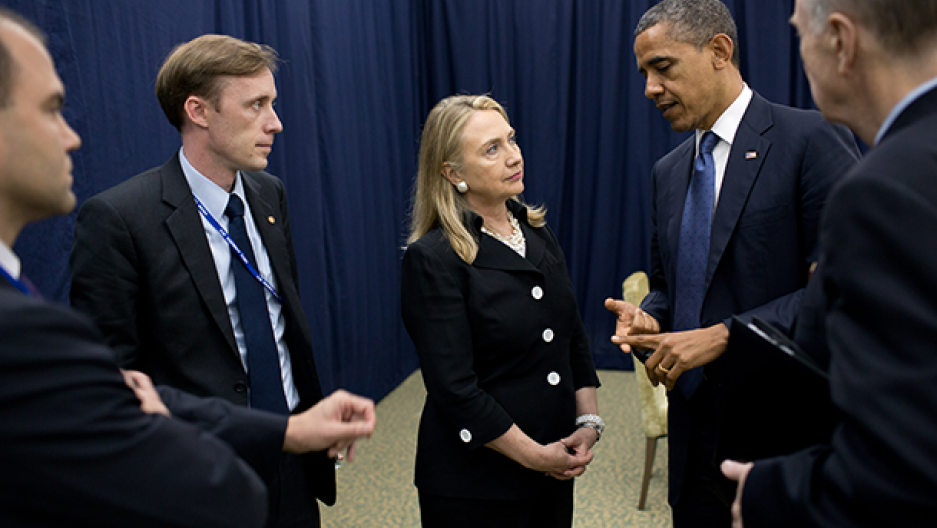 With polling that suggests two-thirds of voters want the next president to address climate change, Hillary Clinton has laid out an ambitious renewable energy plan while campaigning in Iowa and New Hampshire.

The present front-runner for the democratic nomination declared she would take action on day one of her presidential term.

She said: “First, I will ensure we hit a target of having more than half a billion solar panels installed across the country by the end of my first term. Second, we'll set a 10-year goal of generating enough renewable energy to power every single home in America.”

Jake Sullivan, senior policy analyst for the Clinton campaign, says that amounts to about a third of all US electricity. Clinton is taking these steps, Sullivan says, because she believes climate change is one of our defining challenges.

“The first step is to defend and implement the smart environmental and public health standards, like the Clean Power Plan that President Obama has laid out, and to ensure that it is rigorously implemented and defended against efforts by Republicans in Congress to roll it back,” Sullivan says.

Beyond that, Clinton plans to launch what she calls a new Clean Energy Challenge — a partnership with states, cities and rural communities that will involve competitive grants and other market-based tools. The partnerships would allow “anyone who wants to go above and beyond the floor set by the Clean Power Plan, anyone who wants to cut red tape that hinders clean energy access and entrepreneurship, to invest in a more reliable electrical grid through whatever mechanism or means they think really works,” Sullivan says.

A half a billion solar panels by 2020 sounds ambitious, but Sullivan believes it is achievable.

He says: “A substantial amount of it will be about removing barriers to the deployment of energy, through cutting red tape. That would be partly through incentive grants to cities and states.”

“Part of it will be through the extension and improvement of the renewable energy tax credits that have been so instrumental in helping drive the remarkable strides we've seen on solar and other forms of renewable energy.”

“We believe that if you put all of those pieces together and you harness what has already been the beginnings of a clean energy revolution in this country, it is ambitious but achievable to get to the 700 percent increase from current levels in the deployment of installed solar capacity,” he adds.

The ultimate goal, Sullivan says, is to transform the US into a “clean energy superpower.”

The Clinton campaign estimates it will cost about $60 billion over 10 years to implement her plan. They believe the costs can be offset by closing loopholes and ending direct and indirect subsidies to oil and gas companies, which, according to Sullivan, equal roughly $60 billion.

“We don't see any reason why the transformation to a clean energy economy should do anything other than, over time, actually make energy and electricity more reliable and more affordable,” he says. “We simply do not accept the argument that the Republicans are making that this is going to drive up energy costs.”

Places like New Hampshire and Iowa have already seen a major increase in solar and wind energy and we “aren't seeing the parade of horribles that Republicans have suggested we would see,” Sullivan says.

A number of environmental groups have applauded Clinton’s plan, but others have voiced concern about her position on climate change. Environmental activist Bill McKibben told a newspaper that Hillary Clinton is "halfway there.”

“Now we need her to show she understands the other half of the climate change equation and prove she has the courage to stand up to fossil fuel projects like offshore and Arctic drilling, coal leasing in the Powder River Basin and the Keystone XL pipeline,” McKibben said.

“The secretary obviously receives contributions from a wide variety of sources, but when it comes to taking a firm stand on the issues related to the types of loopholes and other incentives that have been basically just giveaways to the oil and gas industry, she's taken an incredibly firm position,” Sullivan insists.

“Her record on that going back to her days in the Senate proves that she's prepared to stand up for clean energy and against special breaks for oil and gas on a consistent and clear basis, and that's exactly how she would pursue things as president,” he says.