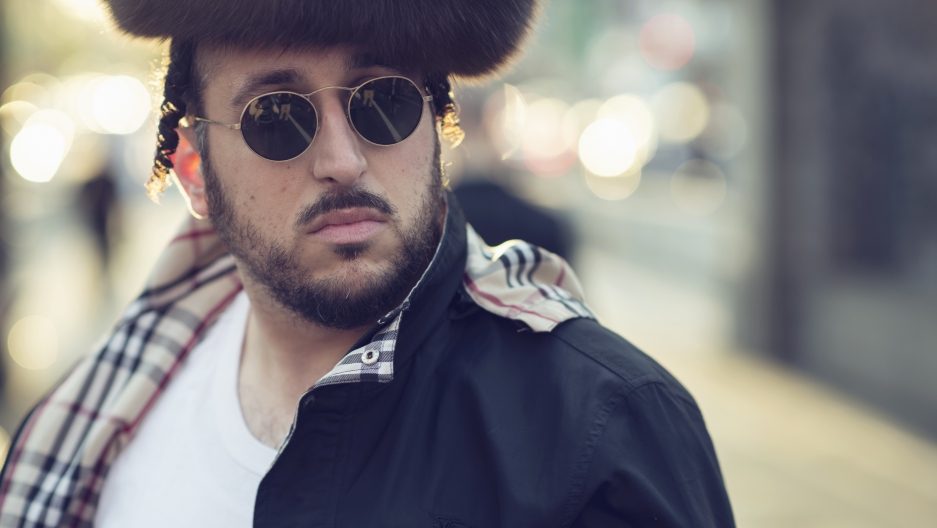 Traditional Hasidic Jewish music is typically mournful. The kvetchy tunes and OY reverberations are meant to awaken the Jewish soul, to inspire piety and spiritual yearning. Enter Lipa Schmeltzer, the Hasidic superstar whose music has earned him titles like “The Jewish Elvis Presley” and “The Hasidic Lady Gaga”

That last one has something to do with Lipa’s impressive collection of outlandish eyewear. In the realm of the ultra-Orthodox, he’s different, even revolutionary, and he embraces it.

Lipa has amassed a tremendous loyal following, but he has also been the subject of controversy and rabbinical bans ever since he popped onto the scene over a decade ago.

His music and concerts are routinely banned in many hardline Hasidic communities, and he has faced hostility at every step of the way.

Lipa grew up in New Square, a small, insular Hasidic enclave in upstate New York. This isolated village, less than 50 miles from Manhattan, is a relic of pre-Holocaust European shtetl life. There’s one road leading in and out of the densely populated village. Its suburban streets are exclusively inhabited by Hasidim of the Skverer sect. Their spiritual leader, or “Rebbe,” is revered and keeps a tight control over the village. Anyone who doesn’t follow his rules risks expulsion from the village; members loyal to the Rebbe have resorted to violence to keep nonconformists in line.

In New Square, boys and girls attend sex-segregated religious schools, typically marry at a young age through arranged marriages, and have an average of eight to ten children. There are no TVs and no access to the internet, or any outside influence that religious authorities deem a potential threat to impressionable minds.

The 11th child in a family of 12, Lipa showed great musical talent from a young age. Like all the boys from the community, he attended the village’s cheder, or boys’ school, where Yiddish is the primary language; English studies are almost non-existent. It’s limited to one hour of basic math and vocabulary in the afternoon. When they leave for yeshiva (essentially high school), many of the boys are illiterate in English. That was true for Lipa.

He admits he wasn’t a good student. He struggled to sit still for hours and read from the ancient Hebrew texts, and he often found himself on the receiving end of the rebbe’s (teachers) spanking stick. He was on the same course as the other boys — to study Talmud, get married and find a job that doesn’t require a good command of the English language, or a secular education.

But Lipa wanted something else. At first, he yearned to be a wedding singer at Hasidic weddings, conservative enough for the powers that be. But as his taste in music evolved, he ached to color outside the lines — to be creative and push the boundaries.

When Lipa got his first car as a married man, he started playing around with the radio dial, listening to tunes by musicians like Faith Hill and Shania Twain. He drew inspiration from their lyrics and beats, and created kosher versions of pop music.

But Lipa’s new music shocked leaders in his ultra-Orthodox community. When he put out his first CD, they forced him to take out an ad in a Hasidic newspaper apologizing for it. Eventually, the harassment was too much to bear, and Lipa was forced to leave the village — the only way of life he ever knew — with his young family.

He moved to Airmont, a small suburban village on the outskirts of a more diverse Orthodox community in upstate NY called Monsey. He built a congregation for the growing Hasidic-flavored community of Airmont (of which I am a member). Families who’ve gone through similar journeys discovered a welcoming home in this community and in Lipa’s synagogue.

At the same time, Lipa’s music career flourished, and his popularity grew steadily, not only in strictly orthodox communities. He’s just released his 14th album, fittingly titled “Be Positive.” The album was co-written and produced by Matt Dubb, himself an expat from a stringent Jewish community and the son of a respected rabbi. As of August 13, it ranked at 39 on the iTunes charts for Top 40 US dance albums.

Album cover for Be Positive, with Lipa Schmeltzer (l) and Matt Dubb (r)

But a few years back, at the age of 33 and a father of four, Lipa began to wonder what would happen if his music career faded. He’d have no skills to fall back on, given his dismal secular education.

So he decided to go to a local community college to ask about enrollment. When the school asked about his high school diploma, Lipa said, “ ‘What’s that?’ They told me it’s the thing you get in high school. So I asked, ‘what’s high school?’ ”

Lipa eventually got his GED through a local program and enrolled for the fall 2012 semester at Rockland Community College. For him, the college scene was a big culture shock. Lipa says it took him a while to adjust, but he grew by leaps and bounds in those first few years.

And he’s gone even further. Lipa is now studying music and creative writing at Columbia University. He says he no longer feels completely academically inadequate, but he still struggles with the language barrier and his lack of a basic education. Lipa says he still needs a dictionary at hand when he’s reading a textbook, and often has to reread sentences to understand the context.

He admits to some resentment that an education was “robbed away” from him. At 37, he says he’s struggling to learn what the average American masters in grade school. But resentment is not healthy, he says. 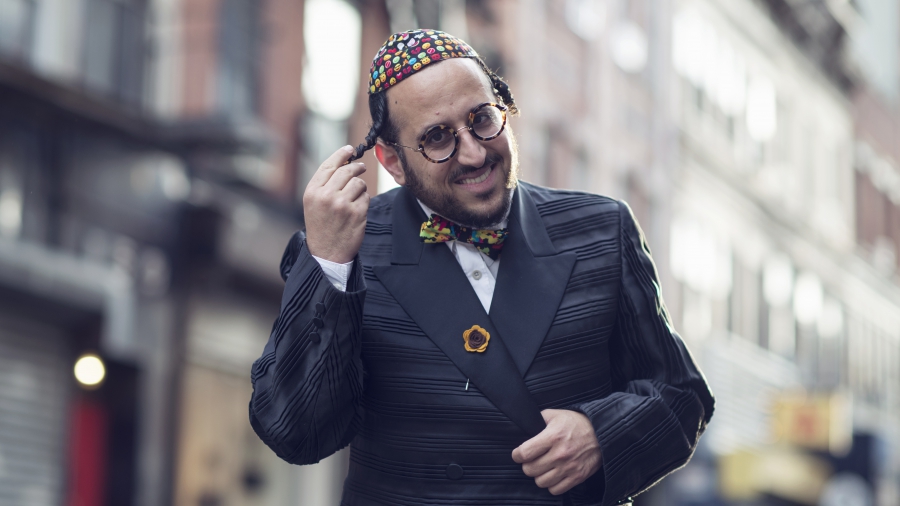 On a Wednesday morning in April, I shadowed Lipa as he entered a graduate journalism class on religion at Columbia. He was dressed in a bekitche, the traditional Hasidic satin overcoat, and a colorful kippah and bowtie. He was there as a lecturer, not a student, and spoke animatedly about his music, religious devotion and academic journey. I could tell that the students were entertained, even enthralled, by his story, which, in typical Lipa fashion, was told with biblical analogies, flowery Yiddish expressions and over-the-top metaphors.

He told the students that his parents, who still live in New Square, know that he’s at Columbia, but that they don’t grasp the significance. He says his father, a Holocaust survivor, would ask: “What are you doing there? You gotta come back here. The rabbi is waiting for you, and I’m telling you it’s going to be good for you in this world and in the other world.”

But he says that after many years, he’s learned how to communicate with his father.

Lipa says if he could, he would stay in school for the rest of his life. He loves to sit in the library for hours, bent over books like the days of yore. He compares his curiosity for secular learning to a kid in the candy store.

What makes Lipa so unusual isn’t just his late start in academics and his music career; it’s also that he hasn’t rejected the Hasidic world. He’s still very much connected. So you can understand why some religious leaders view him as a threat to their insular world. But Lipa prefers to see himself as a bridge, with one foot in the Hasidic community and one in the outside world. But it’s not always an easy stance.

He was recently invited to sing at a wedding. It was not your run-of-the-mill Orthodox wedding: a millionaire was marrying off his child. The father flew in an ultra-Orthodox rabbi from Israel to officiate, and when the rabbi heard that Lipa was to perform there, he insisted that Lipa wait outside of the hall until the rabbi had left. For Lipa, this was a reminder of all those times he was humiliated and made to feel like an outcast by rabbis who forbid their followers from hiring him for their bar mitzvahs and weddings. He says he asked himself, ‘if this guy [rabbi] really thinks he’s God’s policeman, is this a God I want to believe in? Or do I want to believe in a loving God?’

But Lipa prefers to look at the bigger picture: He believes that all the embarrassment and ostracizing brought him closer to where he is today. If this is the price he had to pay, he tells me, tears welling in his eyes, it was worth it.