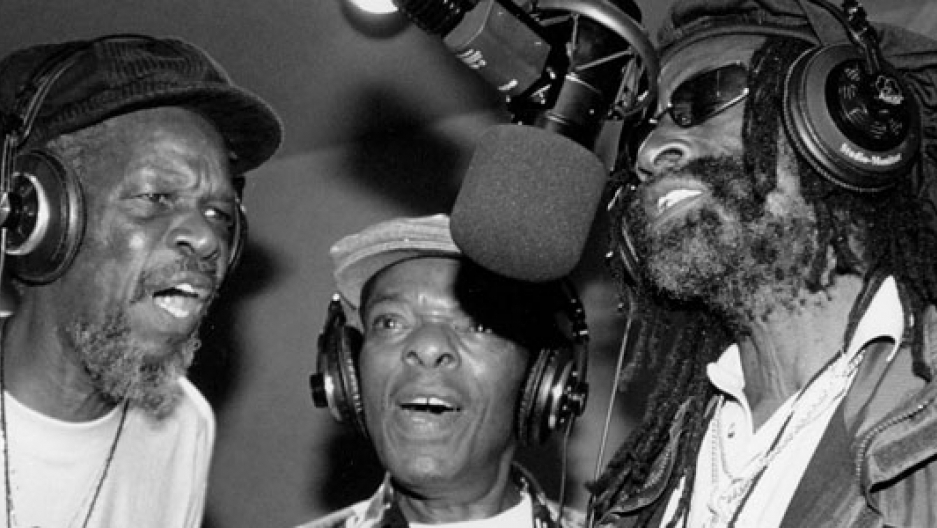 "Legends of Ska. Without ska, there would be no reggae."

If there's one musical style that epitomizes summer, it might be the loping island style of ska. It caught fire in early '60s Jamaica, a precursor to reggae.

But ska has gone through a few iterations.

Ska is really a fusion of American R&B with Jamaican jazz, says Brad Klein, a Minneapolis-based filmmaker who traced the history of ska in a documentary, "Legends of Ska. Without Ska, there is no reggae."

"Bob Marley, Peter Tosh, and Jimmy Cliff ... all started in ska as teenagers. So, ska is the mother of reggae," he says.

"My goal was to teach people and to show the world that there's much more to Jamaican music than Bob Marley," says Klein.

Not only has ska had worldwide revivals in the punk 1970s (think The Specials, Madness, English Beat) and the 1990s (think The Mighty Mighty Bosstones), it still is popular. Klein says it's most popular in Mexico and Latin America and endures in Japan as well.

Guitarist and Skatalites founder Ernest Ranglin is cited as a pioneer by The Guinness Book of Reggae, which cites his "Shufflin' Jug, recorded in 1959, as a seminal ska record. In a 1998 interview, Ranglin considers another of his arrangements, Theophilus Beckford's "Easy Snappin,'" as one of the most pronounced early examples of the rougher sound then associated with the slums and the late-night sound-system street parties.

"In those days, nobody knew what this music would become. I was afraid of hurting my image,'' Ranglin recalled from his home near Ocho Rios, Jamaica. "I stayed in the background of everything I did.''

In the late 1950s and early 1960s, Ranglin helped recruit the backbone of ska and jazz pioneers — saxophonist Roland Alphonso, trombonist Don Drummond, keyboardists Jackie Mittoo and Monty Alexander — who would make Jamaican music distinctive over the next two decades.

By the mid-1960s, ska was evolving into a style known as rock steady, which then moved into reggae. Here's Desmond Dekker's "007 (Shanty Town)," from that era.

Just a year later, the same artist produced the classic, "Israelites," the first No. 1 reggae hit.

Here are a few of our ska stories from the vault, as well:

From India, it's the Ska Ventures

David Beard contributed to this report.