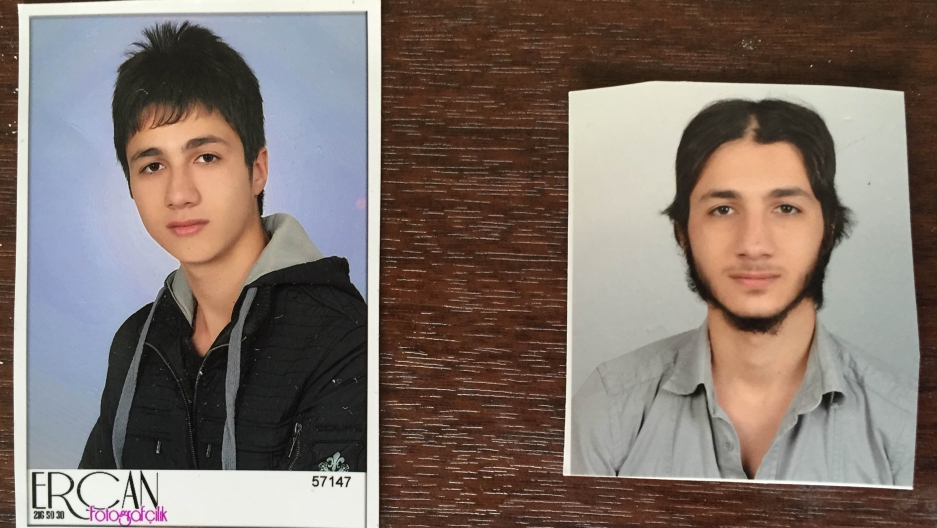 Two ID pictures of Orhan Gönder, taken a year apart. His family says they show the transformation of the teenager from a high school senior to an ISIS recruit.

Hatice Gönder says her son, Orhan, was getting ready for college. The 18-year-old liked writing poems and wanted to major in literature.

Then last October, he vanished.

“He was a very sensitive person, a kind person. I don't know what happened," she says.

The start of this story might sound familiar. Since 2013, I have interviewed relatives of jihadists in Libya, France and Tunisia. All shared the same angst over what went wrong and why their sons or brothers left home one day, to join ISIS.

Unlike these families, though, Hatice doesn’t live thousands of miles away from Syria's civil war. You might think the proximity to Syria provides an easy explanation but in fact, it makes it even more of a mystery.

That's because the Gönder family is Turkish, but also Kurdish.

News stories of Kurdish fighters battling against ISIS in Syria and Iraq have made headlines over the past year. But in Adiyaman, a Kurdish town in southern Turkey, locals say more young people have joined ISIS than the Kurdish militias fighting the terror group.

And these ISIS recruits aren’t just active in Syria: The suspects in the first two ISIS-linked bombings in Turkey are both from Adiyaman.

Hatice's son is one of them.

Orhan disappeared in October. The family had no news until he called home on January 7, his birthday. He wouldn’t tell his mother where he was or who he was with, but one thing was clear.

“He was so sad,” she says. “He sounded depressed. At times he cried, and we cried together. He said, ‘mother forgive me, and tell dad to forgive me too.’ I told him ‘I won’t forgive you until you come back.’ He said ‘OK. I pray to God that I come back again.’ ”

A few weeks later, the police called. Hatice had reported her son missing four months earlier. Authorities looked into it and confirmed what she feared — Orhan was in Syria, with ISIS.

There were some warning signs in the months before he left, she says. He started praying several times a day, something he had never done before. He grew a beard and began hanging out with new friends.

Once, she even staged an intervention.

“I told him ‘Look, son, there are some radical groups in Syria and some young guys from here are going there.’ He looked at me, smiled, and said, ‘Mother, forget about those things. I’m not going there.’ ”

Hatice wasn’t convinced, and tried her best to keep him away from his new friends. She took him to Istanbul to visit an uncle. She asked her sister who lives in France if he could stay with her for a while. Orhan declined. He said he wouldn’t be able to do much there as he doesn’t speak French. And he tried to reassure his mother: “I just want to learn more about Islam,” he told her. “There’s nothing else going on.” 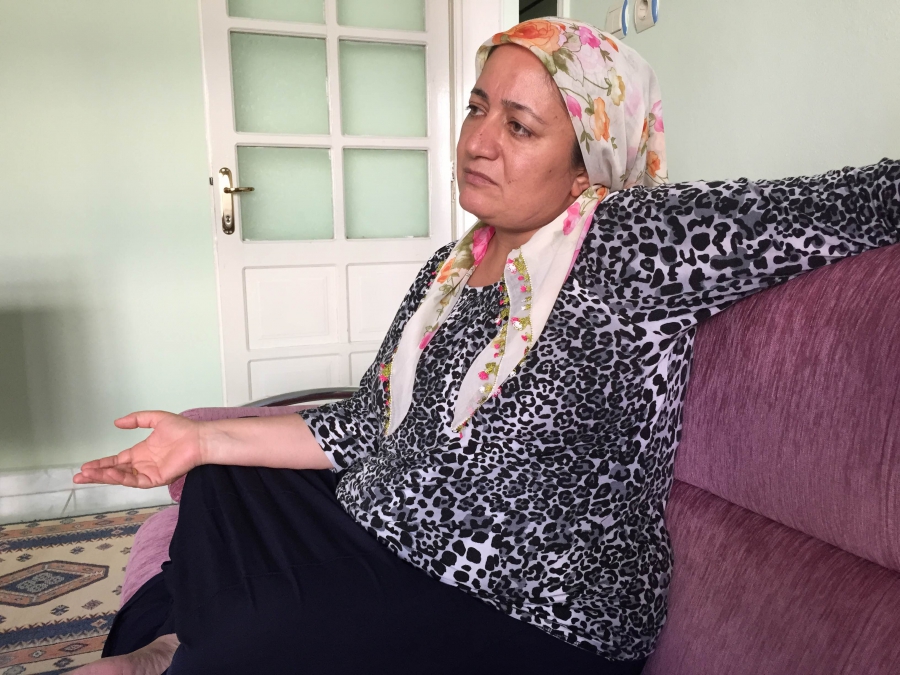 Hatice Gönder wonders whether her son, Orhan, was pressured into joining ISIS.

Hatice still has doubts today about why he joined ISIS, and whether it was voluntary. She remembers him growing paranoid and extremely anxious just a few days before he took off.

“One day he came home and asked his sister to cut his beard. Then he asked if he could sleep in her room. My daughter was surprised. She said: ‘What’s wrong with you? You’ve been saying all these religious things about how women are haram [forbidden] and now you want to sleep in my bed?’ He begged her. For three nights, he locked the doors, closed the windows and pulled the curtains. His sister said he was nuts. He said he was scared.”

Hatice thinks he was threatened into joining ISIS. After he left, she had no idea how to get him back to Turkey.

Turns out, he did so on his own — but apparently to bring chaos back home with him.

On June 5, two bombs exploded at the campaign rally of a leading Kurdish party in Diyarbakir, Turkey, killing four people. The next day, police arrested Orhan and presented him as the prime suspect.

“His father didn’t want to go see him in jail,” Hatice says. “He said ‘Orhan did a terrible thing. How can I go see him?’ But people there called me to say your son is crying and wants to see you. So I went. We spoke through a window. He told me not to feel ashamed because he didn’t do it. He told me he didn’t make that bomb.”

Hatice blames the authorities for not stopping her son before it was too late. The case of Orhan became mired in controversy after a Turkish newspaper reported police had come to his hotel two days before the attack to interrogate him — not because of his terror connections, but because he had evaded military service.

Hatice doesn’t understand how a known ISIS recruit could have been let off the hook. She asked local authorities, and was told an investigation is under way. There’s been no more information since then.

She also hopes that those who recruited him will be prosecuted. On that point at least, Adiyaman’s mayor, Hüsrev Kutlu, agrees.

“Those who made these bombs in Diyarbakir and in Suruc [where ISIS claimed responsibility for the attack of a youth rally killing 32 on July 20], they are not the guilty ones,” says Kutlu. “No one from here would do such thing if he hadn’t been brainwashed.”

Only 30 young people from Adiyaman are known to be ISIS militants, according to Kutlu, but some think that’s a gross understatement. One lawmaker estimates 300 young people from the city and the region have joined ISIS. Neither has a definitive answer for what makes Adiyaman’s youth so vulnerable.

Kutlu mentions the unemployment rate, about twice as high as in the rest of Turkey. Locals describe Adiyaman as more religious than other Kurdish towns, so its youth are easier prey.

But for Hatice, it all boils down to the ongoing war between ISIS and the Kurds.

“They chose my son,” she says. “Somebody used him because he’s Kurdish. Nothing sows more fear than being able to recruit the enemy.”