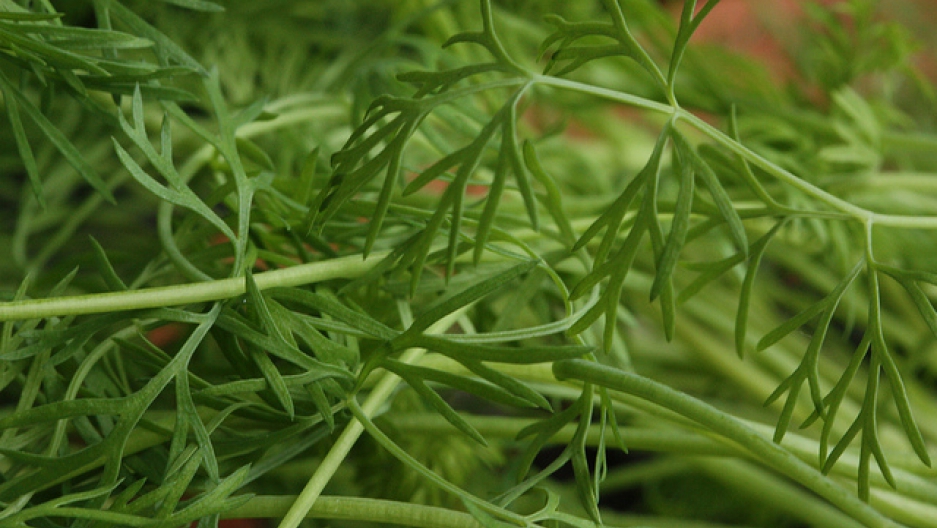 That’s what Guardian journalist Shaun Walker claims. He can't stop talking about the dill-infused nightmare that is Russian cuisine, and his fruitless quest to avoid the herb at all cost.

Russians love dill. They put it on everything. According to a Reuters study, each of them eats enough dill every year to fill a large suitcase — and that’s a conservative estimate.

The offending herb has been found on many unlikely dishes. Walker created a Facebook group which compiles “inappropriate sightings” of dill; one recent addition is this dill-dusted meringue.

On FB group dedicated to dill abuse, someone today posted a meringue dusted in dill served at a Moscow restaurant pic.twitter.com/bWnK3GeHeI

The dill mania has contaminated many more food items. “You’ll end up ordering a pizza, or ordering gazpacho, or ordering even sushi, and it’ll come covered in dill,” Walker laments.

Shaun Walker has a personal vendetta against dill. An irrational hatred, if you will. His dislike for the plant knows no bounds, and what offends him most of all is its attitude: “It ruins every hue of flavor it comes into contact with, clambering over all the other tastes and overpowering them with terrifying ease.”

To him, no word is too strong to describe the vile plant.

Of course, he finds the taste almost equally atrocious: “Dill just sort of smashes into the dish, overpowers all the other flavors, and all you’re left with is a really rather vile mouthful of dill,” Walker says.

The journalist has lived in Moscow for 10 years, but he became aware of dill’s pervasiveness almost instantly. “It’s something that I noticed straight away, and many foreigners notice,” he says. “And if you were to ask a lot of Russians … many of them would claim that yes, Russians like dill, sometimes they eat it, sometimes it’s on their food, but it's no big deal, it’s not everywhere.” According to Walker, many Russians have not yet come to terms with their dill problem.

But he has, after “years and years of being abused by dill.”

Shaun Walker has learned to be on guard against the plant, but it sometimes manages to slip past his defenses. “I had a piece of halibut for lunch in a rather nice restaurant in central Moscow today, and lo and behold it came with a sort of blanket of dill on top, which I had to very carefully surgically remove before consuming it.”

Walker believes that Russians have simply grown immune to the herb’s strong taste. As for its pervasiveness, he has a theory: “Dill is grown in Russia, and it’s clearly a rather hardy herb — or weed, as I like to call it — and it’s one of these things that has come from necessity, come from being one of the few things that will grow in tough conditions, and has become a staple almost by default.”

When asked whether he saw a resemblance between dill’s “ruthlessly aggressive” flavor and the Russian character, Walker laughed. “[Russians] can survive a lot of hardship, they’re not easily ground down, they’re used to sticking it out. There’s certainly in that aggressive perseverance to destroy all the other tastes against all the odds in dill"