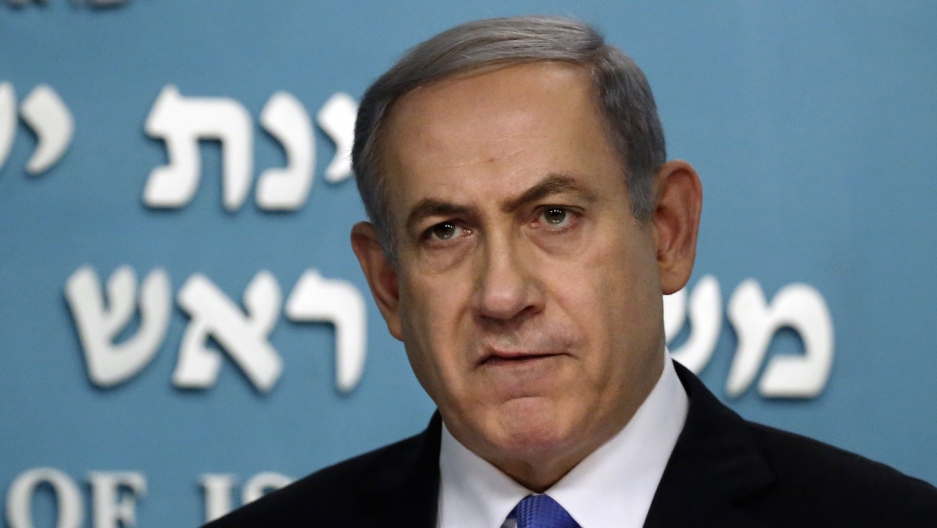 JERUSALEM — While their politicians rant and rave, most Israelis just can’t seem to get worked up about the pending deal with Iran.

To date, the most energized response to the deal outside of political circles has been a deliberately inane TV advertisement, promoting a new “smart home” temperature control service. In the ad, popular Israeli entertainer Gidi Gov plays an intrepid marketer who flies into “Tehran Airport” (filmed in a stadium in Kyiv) and dashes off to a building that looks quite like the Bushehr nuclear reactor.

Gov bursts through the air conditioning vents into a room full of Iranian ayatollahs who are counting down to the launch of a nuclear strike against you-know-who, then screams out, “Stop the bomb!” And they do — to listen to Gov’s sales pitch. But then they resume their countdown, as Gov tries to offer them an unidentified Plan B.

Israelis love the ad. But according to media reports, Iranians — not so much.

Prime Minister Benjamin Netanyahu insists that “the more people learn about the deal, the more they oppose it.”

“This is a bad deal and we are better off without it," Netanyahu told his cabinet.

But public opposition does not seem to be growing. In April, in the midst of Netanyahu's full-throttle campaign against the pending agreement, Israelis obstinately ranked themselves fifth on the OECD’s happiness list, coming in just behind the serene, unthreatened likes of Denmark, Iceland, Switzerland and Finland.

Israelis love surveys, but so far, there has been only one survey about the agreement, according to which 76 percent of Hebrew-speaking Jewish Israelis responded that Israel should continue fighting the deal. Notably, that one survey was published in the freebie handout "Israel Today," which is largely regarded as Netanyahu's mouthpiece.

A different survey reveals that 47 percent of Israelis would support military action by Israel against Iran if it were needed to prevent Iran for obtaining a nuclear weapon. Thirty-five percent would not, with a surprising 18 percent expressing no opinion.

But Professor Tamar S. Hermann, who leads a regular survey of Israeli attitudes for the Israel Democracy Institute, an independent, progressive-leaning think tank, warns against taking polls about the deal too seriously: “The topic is too complicated for the public to have an informed opinion on the issue,” she says.

As Netanyahu gave a video conference to the American Jewish community to foster opposition to the proposed agreement, Israelis appeared largely unfazed.

It’s not that Israelis don’t know how to get worked up when they want to. In 2011, during Israel’s own version of the Arab Spring-plus-Occupy Wall Street, dubbed the “Great Cottage Cheese Revolt,” more than 400,000 Israelis took to the streets to demonstrate against the high cost of living and to protest growing social inequality.

Neither are Israelis being complacent because they trust Iran. Meir Javedanfar, an Iranian-born Israeli who teaches contemporary Iranian politics at the Interdisciplinary Center in Herzliya, wrote in an op-ed pointing out the deal's advantages: “Nobody is trusting Iran, the Iranian regime. ... It’s not about trust — it’s about mistrust and verify.”

Israelis do, however, trust their security experts. None of them seems to think the deal is great, but a growing group of experts have been telling the media that Netanyahu’s irritable, unchanging opposition is misguided. They includr Amos Yadlin, former head of military intelligence and current head of a leading defense think tank; Dov Tamari, one of the founders of Israel’s military intelligence establishment; and Israel Ziv, a former chief of Israeli military operations.

Even more than they trust the security experts, Israelis distrust their politicians' gloom and doom fear-mongering. If everything is presented as an existential threat, then the threat loses its bite. Israeli politicians have cried wolf too many times.

Israelis elected Netanyahu and his Likud party by a strong margin in the March elections; yet even back then, according to a Hermann poll, 67 percent of Jewish Israelis believed that the timing of Netanyahu's address to the US Congress about Iran had more to do with the elections than with Israeli safety.

US President Barack Obama may soon also discover how much Israelis distrust politicians. Obama is reportedly considering addressing the Israeli public directly, bypassing Netanyahu. So far, the response has been a collective yawn — and a few off-color jokes making the rounds about what happens when two men try to fight it out in public.

Meanwhile, Iran and The Bomb are close to a thousand miles and at least ten years away. The threats to security stemming from home-grown zealots are much more frightening and immediate. Take last week's killing of a teenager at a gay pride rally, and the firebombing of a Palestinian home that killed an infant and critically burned his parents and toddler brother.

And anyway, Israelis reason, maybe there's a Plan B they'll be able to trust.