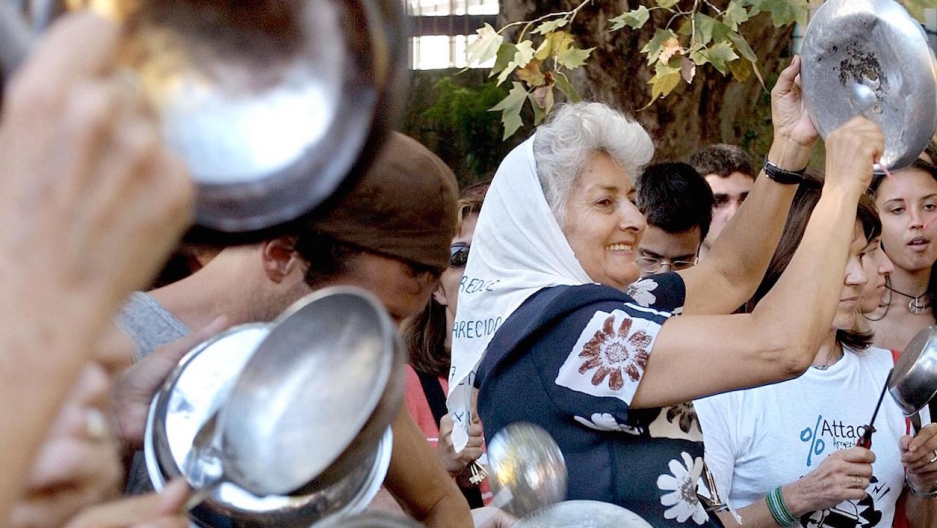 Brazilians have been protesting with their pots and pans for years.
Credit: Mauricio Lima
Share

RIO DE JANEIRO, Brazil — At about 8:30 at night, a crescendo starts to build.

It begins with a few stuttered clatters, and grows into a barrage of angry shouting and banging.

This is what Brazilians call a “panelaço,” Portuguese for a pot-banging protest. It's a popular form of demonstrating in several countries worldwide, for a slew of grievances. For Brazilians, these days it's become a common way to express displeasure and frustration at the ruling Workers Party and President Dilma Rousseff.

Here's a sample from a residential neighborhood of Rio:

This is my street in Rio right now. People are pissed. pic.twitter.com/vrDh8HSQ7H

But the clanging isn’t the only recent sign that Dilma (as the leader's called in Brazil) and her party are in serious trouble.

The president’s approval rating has tanked to 8 percent, according to a survey by Brazil's Datafolha pollster. That's a record low since the organization started polling residents in 1990.

A remarkable two-thirds of respondents said they would support impeaching the president.

The widespread displeasure stems largely from Brazil’s fast-sinking economy, weakening currency and massive corruption scandals that threaten to ensnare the president herself.

But there’s even more bad news for Brazil’s government.

Rousseff’s Workers Party just lost two smaller parties that made up its coalition. On Thursday, leaders of the Democratic Labor Party and the Brazilian Labor Party both announced they were decamping.

With all these woes, the government is "crying for help," wrote Folha de Sao Paulo newspaper columnist Bernardo Mello Franco.

“The government has never looked as fragile.”