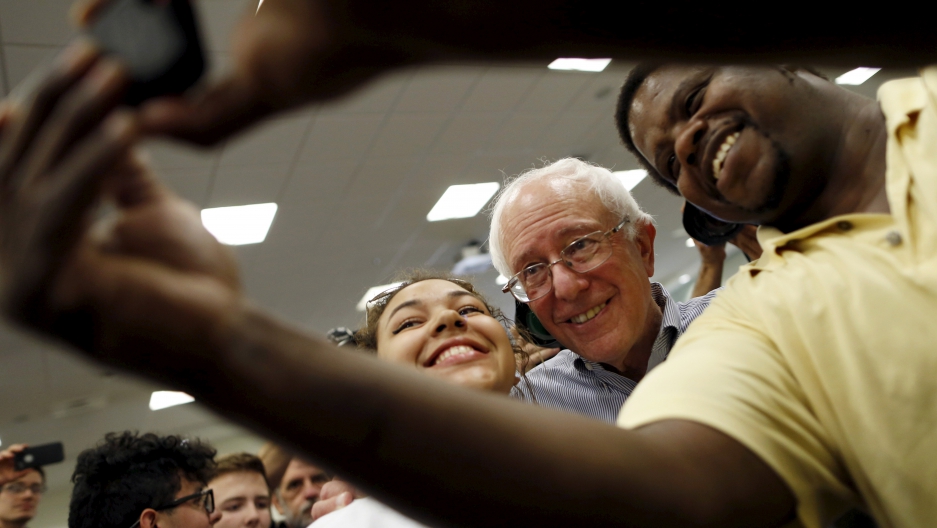 Things may be changing for Democratic presidential candidate Bernie Sanders.

Sanders has made his name as an unabashed socialist who wants free university education, campaign finance reform and drastic change in economic policy. And despite the growing conversation on the US's racial inequality, up until reccently Sanders would only talk specifically about income inequality, not race. This has been a critique of all the Democratic presidential candidates currently running.

If candidates cannot speak to the conditions of blackness in this America, then they aren't speaking to us.

But this is all changing.

At the Netroots Nation town hall meeting on July 18, Sanders and Maryland's Martin O’Malley were prevented from speaking by #BlackLivesMatter protesters demanding their issues receive attention. At the time Sanders stated: “Black lives of course matter, but I have spent 50 years of my life fighting for civil rights, and if you don’t want me to be here, that’s OK. I will answer your question, but I’d like to speak for a couple of minutes, I was told …” Sanders was cut off, and viewers said he seemed irritated.

Better response tonight than at #NN15 from @BernieSanders but still need more on HOW. That's what we want to hear. #BlackLivesMatter #M4BL

We're not going to give you easy answers, what is your policy to address structural racism? #inners #NN15 #p2 #ofa

Then, a few weeks later on August 8, in Seattle, a similar thing happened. Black Lives Matter activists shut down a rally for Sanders to talk about issues of gentrification, and held a moment of silence for Michael Brown on the anniversary of his death at the hands of a police officer. Sanders was unable to complete his speech.

Stmnt from protestors: "The problem with Sanders'... is that [he is] utterly and totally useless in terms of the fight for Black lives."

The next day Sanders released a comprehensive racial justice platform. In it he delineates issues of physical, political, legal and economic violence, and includes specific policies to address the issues. In it, Sanders still focuses on the socialist issues he is known for, but finally addresses racial implication: "Millions of lives have been destroyed because people are in jail for nonviolent crimes. For decades, we have been engaged in a failed “War on Drugs” with racially-biased mandatory minimums that punish people of color unfairly."

In the platform Sanders references the recent shooting at a Charleston church, and quotes studies about violence and racial inequality. The platform even goes as far as to specifically state: "We need a societal transformation to make it clear that black lives matter, and racism cannot be accepted in a civilized country."

On Saturday, Sanders also announced he had hired a new press secretary: African-American activist Symone Sanders, an organizer with the Coalition of Juvenile Justice. Two days later, he held a rally in Portland, Oregon before 28,000 people — the most so far to see any 2016 presidential candidate at one time.

So far, Sanders' platform on racial justice has won praise, even from those who had formerly critiqued him.

The "violence" framing in the initial draft of the Sanders Racial Justice platform is powerful. & I look forward to seeing him expand this.

But #BlackLivesMatter is not willing to partner with the candidate, despite the name check, or any candidate for that matter.

On Monday, the group released a statement on their website: "At this time, #BlackLivesMatter does not endorse any presidential candidate. Moreover, we are not affiliated with a political party. Our work is not funded or driven by any political party nor is it influenced by local or national candidates. As stated in our mission, #BlackLivesMatter is an ideological and political intervention; we are not controlled by the same political machine we are attempting to hold accountable. In the year leading up to the elections, we are committed to holding all candidates for Office accountable to the needs and dreams of Black people."