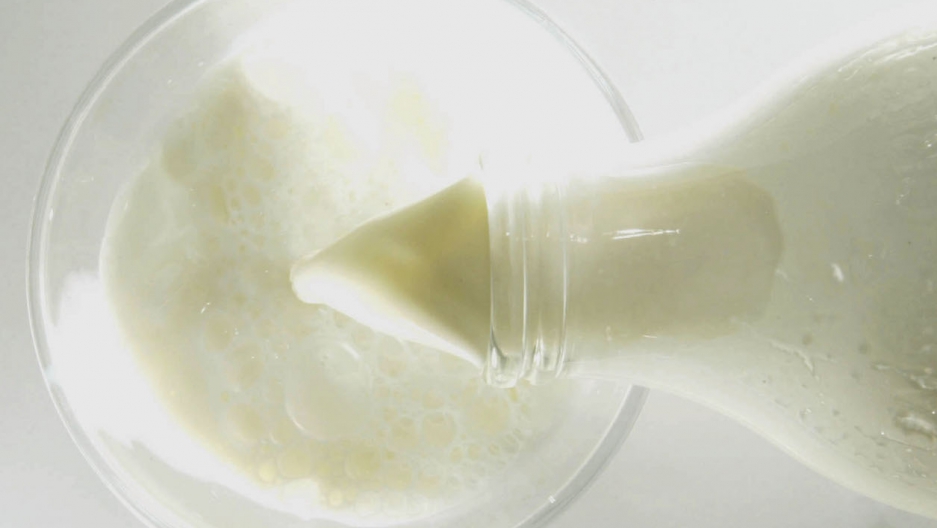 Does the body good. Pass it on.
Credit: Graeme Robertson
Share

LONDON, UK — Shoppers in some parts of Britain have been treated to an unusual sight in the past week: teams of dairy farmers walking into grocery stores and emptying the shelves of milk.

Sometimes the farmers purchase them at the register and distribute them for free in the parking lot. Sometimes they hide them around the store.

Supporters are calling it “Milk Trolley Challenge” (trolley is the British term for shopping cart). But milking the stores is more than a social media ploy. It’s a protest to bring customers’ attention to a collapse in international dairy prices hitting farmers in the UK and around the world.

This is all the result of a global domino effect.

Good weather in the United States pumped up international supply.

At the same time, demand for powdered milk in China plummeted, after earlier high prices turned consumers off.

Then Russia slapped an embargo on Western food imports, eliminating a major market for cheese and dairy goods.

In the UK, the final straw came after the country’s biggest dairy cooperative Arla cut the price it pays farmers for milk by 13 cents, to just under 39 cents per liter.

It costs 50 cents to produce a liter, farmers say, meaning dairymen are spending more making milk than they have any chance of earning back from sales. Hence, the Milk Trolley Challenge.

“All our costs are exactly the same as they were two, three years ago. The milk price is just very poor,” dairy farmer Gavin Morton told the BBC in the parking lot of a Scottish grocery store.

“The future is not good ... I have got a son, but I do not encourage him to come home to the farm.”